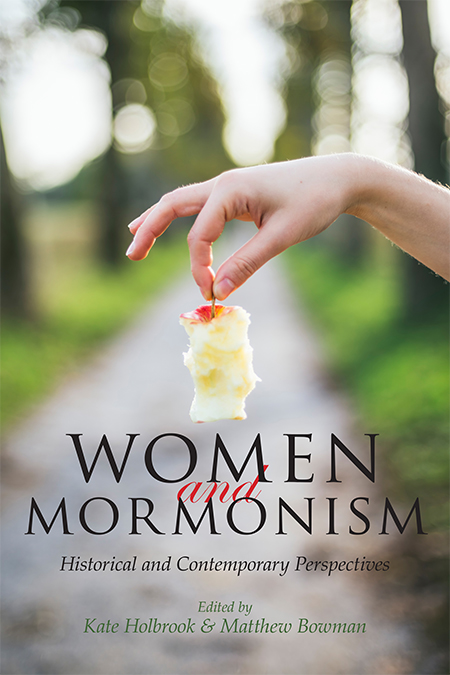 How do women who are members of a predominantly male-led church experience personal agency in formal religious settings, in intimate relationships, and within themselves? From Jane Manning James, an African American woman who found empowerment and strength in Mormon ritual despite suffering exclusion based on her race, to contemporary church members who are more likely to prioritize personal revelation than hierarchy, Mormon women have answered this question in a number of ways.

This engaging and seminal volume employs a variety of sources—vivid primary documents, candid surveys, and illuminating oral histories—to explore the perspectives of Latter-day Saint (LDS) women. The expansive approach of this essay collection highlights an assortment of individuals, viewpoints, and challenges that ultimately invigorate our understanding of women and religion. Contributors include lay members and prominent scholars in multiple disciplines, including both LDS and non-LDS viewpoints.
Kate Holbrook is a specialist in women’s history at the LDS Church History Department. She is coeditor of Global Values 101: A Short Course and The First Fifty Years of Relief Society: Key Documents in Latter-day Saint Women’s History. Her PhD in religious studies is from Boston University.

Matthew Bowman is associate professor of history at Henderson State University. He holds a PhD in American religious history from Georgetown University and is the author of The Mormon People: The Making of an American Faith and The Urban Pulpit: New York City and the Fate of Liberal Evangelicalism.
Table of Contents:
List of Figures and Tables
Introduction – Matthew Bowman and Kate Holbrook

Acknowledgments
Selected Bibliography
List of Contributors
Index
Praise and Reviews:
“Without question, this is the strongest collection of essays and articles on the historical place of Mormon women in many years, if not ever. This work will immediately fill a space and perhaps even supplant past anthologies.”
—Andrea G. Radke-Moss, author of Bright Epoch: Women and Coeducation in the American West
“This work provides a comprehensive contribution to a range of historical and contemporary realities of Mormon women. Issues of race, interracial marriage in Mormonism and the experience of Asian Mormons, of European Mormons, of an African, and of an American Indian give important contributions on these themes. This book will take its place as an essential.”
—Rosemary Radford Ruether, author of Goddesses and the Divine Feminine: A Western Religious History
“This collection belongs in the library of every scholar of women’s history, religious history, or women’s religious history.”—Association for Mormon Letters
“An important volume and a needed update, offering a glance at the topics currently being grappled with. Holbrook and Bowman have truly helped scholars understand where the field is now situated. They also have encouraged scholars to recognize what is still missing and where we need to be focusing our efforts in order to round out our understanding of Mormon women.”
—Mormon Studies Review
“The strength of the book is the way in which the essays demonstrate that agency exists along a spectrum of options. What makes the book engaging are the biographical and first-person narratives that show women doing, acting, and being in very human ways….Highly recommended.”—Nova Religio
“In this reasoned and thought-provoking volume, a wide circle of thinkers and tellers express cogent views on women’s choices, boundaries, and consequences. Never again can we ignore the investment women make in their faith. We instead can embrace the personal commitment of women in our global community and learn from their choices.”—Journal of Mormon History