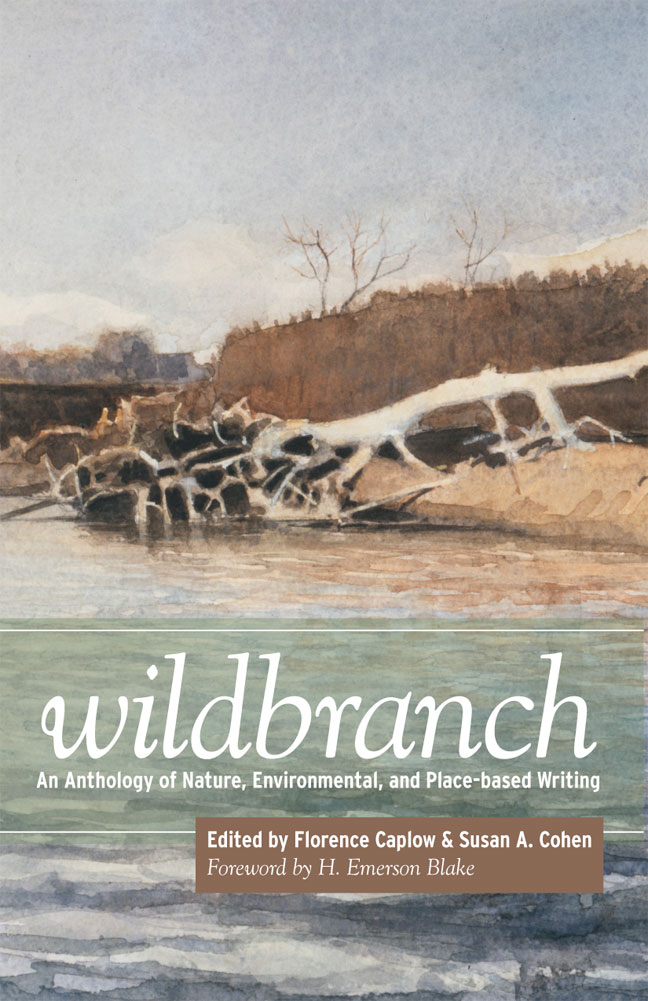 Wildbranch: An Anthology of Nature, Environmental, and Place-based Writing is a powerful collection of mostly unpublished essays and poetry by both prominent American environmental writers and exciting new voices. The poetry and essays by more than fifty contributors offer the reader glimpses into places as diverse as a forest in West Africa, the moors of Ireland, the canyons of the Sonoran desert mountains, and the fields of New England, and they reflect the varied perspectives of field biologists, hunters, farmers, environmental educators, wilderness guides, academics, writers, and artists.

The collection is an intimate portrait of the natural world drawn through the wisdom, ecological consciousness, and open hearts of these exceptional contributors. The Wildbranch Writing Workshop, cosponsored by Orion magazine and Sterling College, has encouraged thoughtful natural history, outdoor, and environmental writing for more than twenty years. The Wildbranch faculty has included its founder E. Anne Proulx, the essayists Edward Hoagland, Janisse Ray, and Scott Russell Sanders, the poet Alison Hawthorne Deming, and many other notable authors. Many have work included in the anthology.

Florence Caplow is a writer, Zen priest, conservation botanist, and graduate from Evergreen State College. She has spent more than twenty-five years working to protect the endangered plants of the western United States. Her essays have been published in Tricycle, Nature Conservancy Magazine, Turning Wheel, Inquiring Mind, and Terrain.

Susan Cohen earned her PhD in English at the University of Maryland, College Park; she is a professor of English and women’s studies at Anne Arundel Community College. She is the editor of Shorewords: A Collection of Women’s Coastal Writings. Her essays have appeared in Sea Stories; Women Writing Nature: A Feminist View; Early American Nature Writers; and Gendered Landscapes.

Acknowledgments
Wildbranch Faculty
About the Authors

"The overall quality of writing is extremely high. Many of the voices are fresh and engaging, and they add up to a compelling ethical perspective on this beautiful planet and the fellow creatures with whom we humans share it."—John Elder, Middlebury College

"One of the richest collections of environmental writing to emerge in years. A special virtue of this new collection is the range of voices offered, and student writers in particular will find the diversity of voices inspiring and empowering."—Scott Slovic, University of Nevada, Reno

"Wildbranch is at best a glorious introduction to and seminal collection of contemporary place-based writing, but it is also, undeniably, a love story.... This anthology captures the reverence and appreciation [the authors] hold for the natural world."
—Terrain.org

"A rich and satisfying anthology.... For anyone marooned, whether in a storm, a winter's doldrum, or a silent classroom, few anthologies offer more comfort, insight, or urging than Wildbranch."
—Interdisciplinary Studies in Literature and Environment