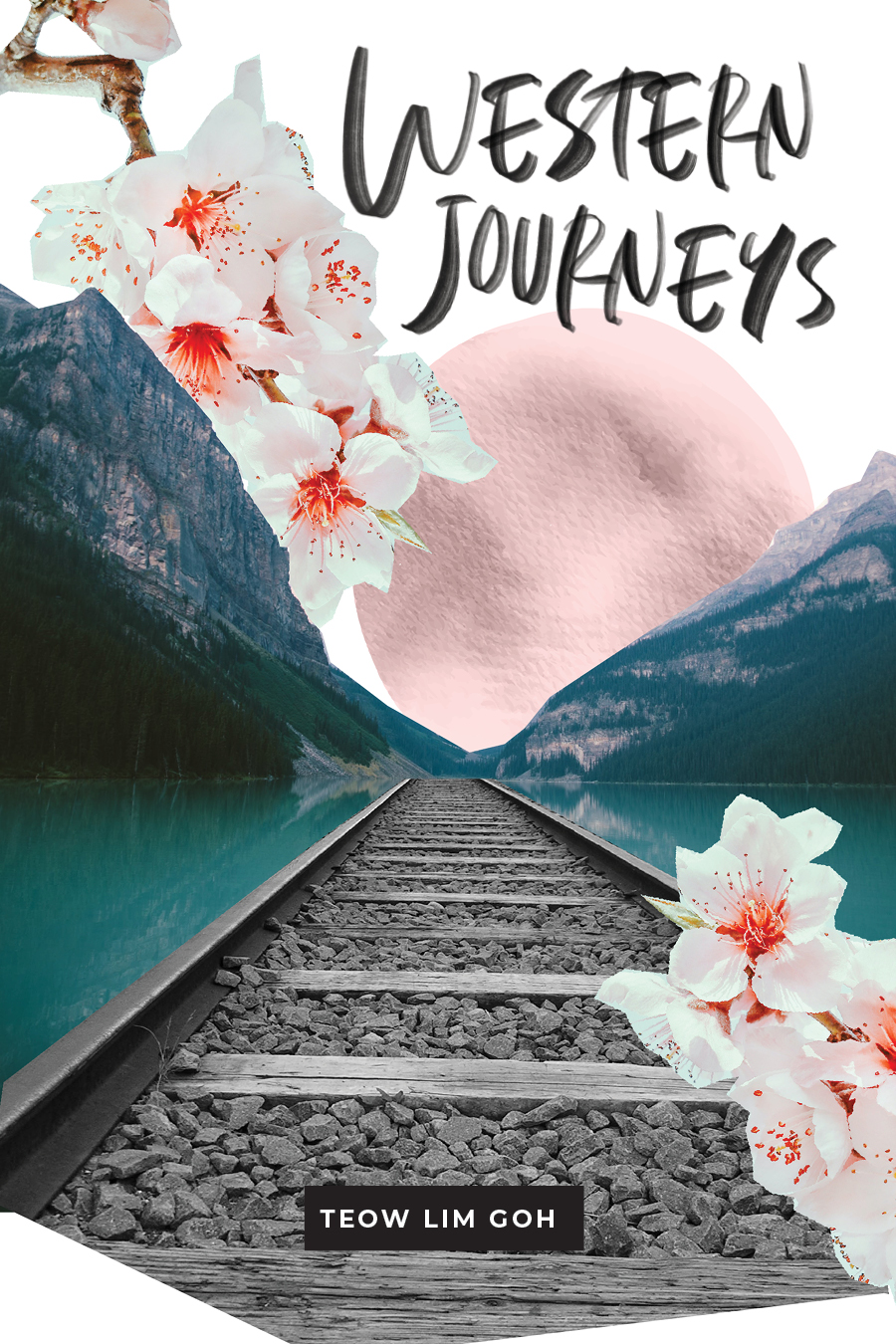 In Western Journeys, Teow Lim Goh charts her journeys immigrating from Singapore and spending the last fifteen years living in and exploring the American West. Goh chronicles her lived experiences while building on the longer history of immigrants from Asia during the nineteenth and twentieth centuries, bringing new insights to places, the historical record, and memory. These vital essays consider how we access truth in the face of erasure. In exploring history, nature, politics, and art, Goh asks, “What does it mean for an immigrant to be at home?”

Looking beyond the captivating landscapes of the American West, Goh uncovers stories of the Chinese people who came to America during the era of the Chinese Exclusion Act, the Indigenous peoples who have been written out of popular narratives, and the early mountaineers’ merciless ambitions, among many others. She examines the links between the transcontinental railroad, the cowboy myth, and the anti-Chinese prejudice that persists today. These essays explore the early efforts to climb Colorado’s highest peaks, the massacre of Chinese miners in Rock Springs, Wyoming, and the increasingly destructive fire seasons in the West. Goh’s essays create a complex, varied, and sometimes contradictory story of people and landscapes, a tapestry of answers and questions.

Teow Lim Goh is the author of two previous books, Islanders and Faraway Places. Her essays, poetry, and criticism have appeared in The Georgia Review, Beloit Poetry Journal, Los Angeles Review of Books, PBS NewsHour, and The New Yorker.

“Western Journeys is compelling, powerful, and important. The erasure that Goh wants to combat can only be addressed one word at a time. That is the power and the pain of recovery—it is slow but once the hidden gets pulled into the light it cannot be lost again. Each of these essays is an act of hauling the past into the present, of naming what many might prefer to ignore or deny.”
—Jennifer Sinor, author of Sky Songs: Meditations on Loving a Broken World and Ordinary Trauma

“The writing in Western Journeys is gorgeous, alternatingly spare and lush, in explicating how Teow Lim Goh found her writerly voice as an immigrant enthralled by an American West built upon the legislated and violent erasure of non-whites.”
—Michelle Liu, University of Washington