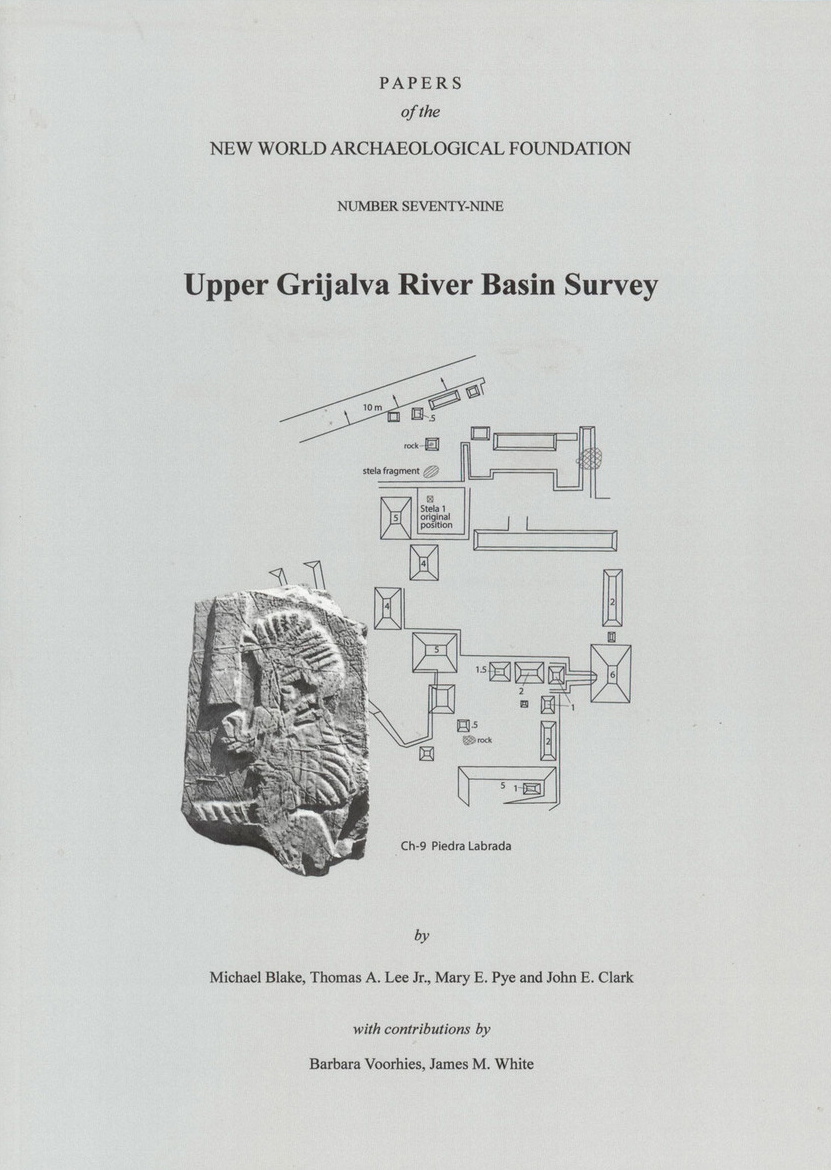 One of the key publications of the Upper Grijalva River Basin Project that chronicles the prehistory of the eastern Central Depression of Chiapas from Archaic to Colonial times. This volume brings together survey data recovered by numerous archaeologists working throughout the region from 1973 to 1982. Also included in this paper is Barbara Voorhies’s critical work on the ‘Vegetation Formations of the Upper Grijalva Basin’.