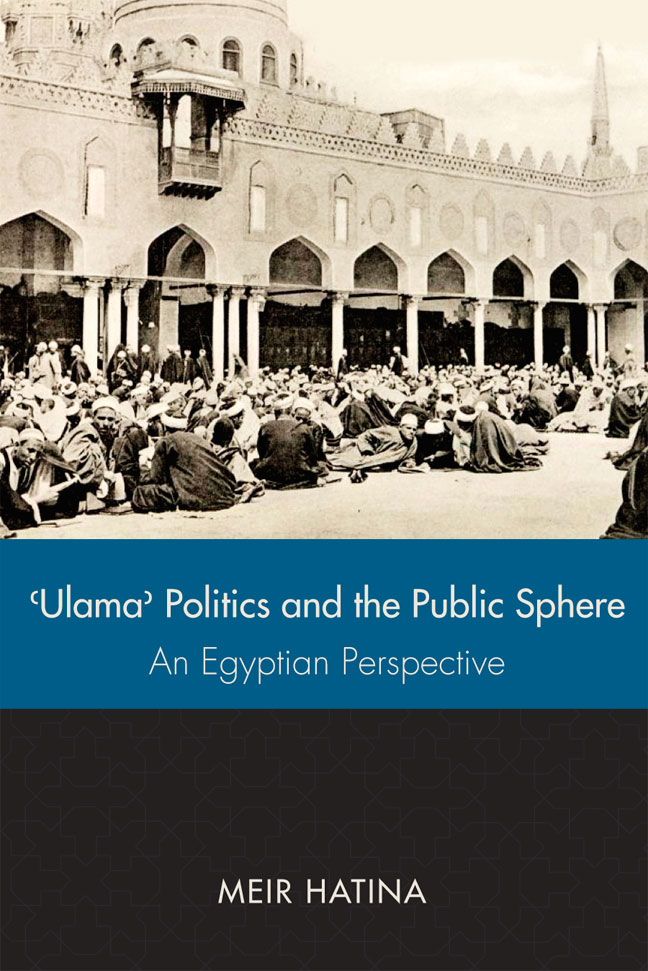 The status of the Sunni Ulama (religious scholars) in modern times has attracted renewed academic interest, in light of their assertiveness regarding moral and sociopolitical issues on the Arab-Muslim agenda. This has led to a reassessment of the narrative of historians and social scientists, who usually depicted the Ulama as marginal players in comparison with the new lay Islamists, and certainly with the Shia Ulama. The Sunni 'Ulama'’s vitality is undoubtedly related to the continuing Islamic resurgence, which since the 1970s has forced the political elites to rely increasingly on the religious establishment in order to neutralize the Islamist challenge, thus allowing the Ulama greater freedom of activity.

Hatina’s study returns to an earlier period and shows that such vitality has its roots in the second half of the nineteenth and the early twentieth centuries. Hatina traces the diverse Ulama reactions to this period of accelerated state building and national cohesion.

Meir Hatina is a lecturer in the Department of Islamic and Middle Eastern Studies, at the Institute for Asian and African Studies, Hebrew University of Jerusalem

A Note on Transliteration
Preface
Introduction. ‘Ulama’ and Modernity: A Reappraisal

Part One. The ‘Ulama’ of Egypt
1. A Historical Sketch
2. Modernization and Protest

Part Two. Azharis and the ‘Urabi Revolt, 1881-1882
3. Islam and Dissidence
4. In Defense of Religion and Homeland
5. Exile as a Prism for Cultural Interaction

"Drawing on a wide range of secondary and primary sources in Arabic, the author presents a detailed account of Egypt's ulama. Contrary to the standard scholarly view, which presents the ulama as quietly succumbing to the forces of modernization, the author demonstrates that the clerics reacted in complex and diverse ways. In so doing, he provides the ulama with agency, turning them into historical actors who shaped their fate at a crucial juncture in modern Middle East history. The book fills a major gap in the academic literature."—John Calvert, Creighton University