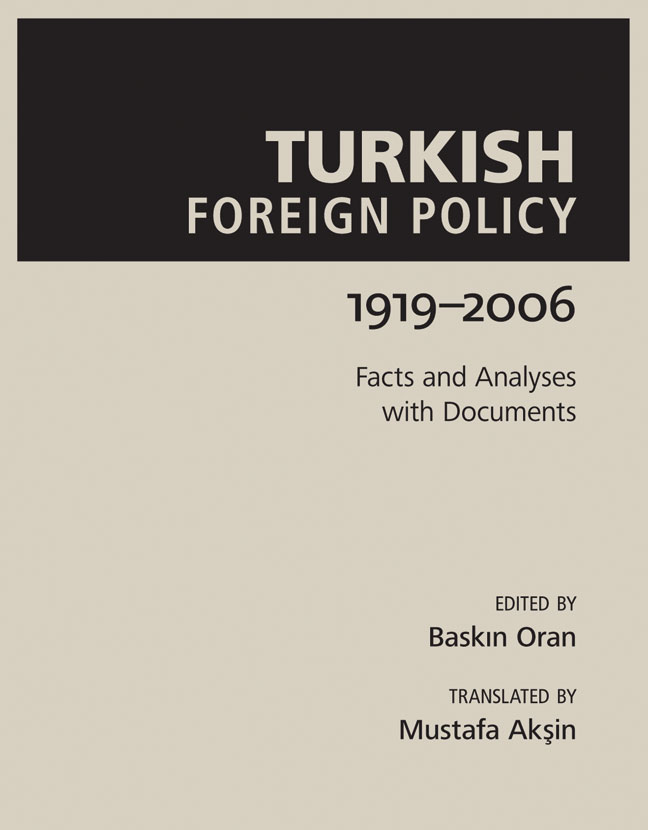 At the intersection of many powerful global forces, modern Turkey—a region of enduring interest for power politics—has often been treated as peripheral to other fields of study such as Europe, Russia, or China. Shaped by the crossing of cultures and traditions between Europe and Asia, this land has felt the influence of several great world-historical civilizations and empires, as well as Orthodox Christianity, Catholicism, Protestantism, Judaism, and Islam.

Turkish Foreign Policy will be a critical source of information for specialists in international relations, readers interested in Turkey, and students who need clear information and insightful analyses.

Mustafa Aksin is the former Turkish ambassador to the United Nations.

"To put it briefly, Turkish Foreign Policy is the most comprehensive analysis of its subject matter."—Atila Eralp

"For the first time, we see an analysis not proposing the interests of the Turkish Republic, but instead the requirements of political science." —Turquie Européenne