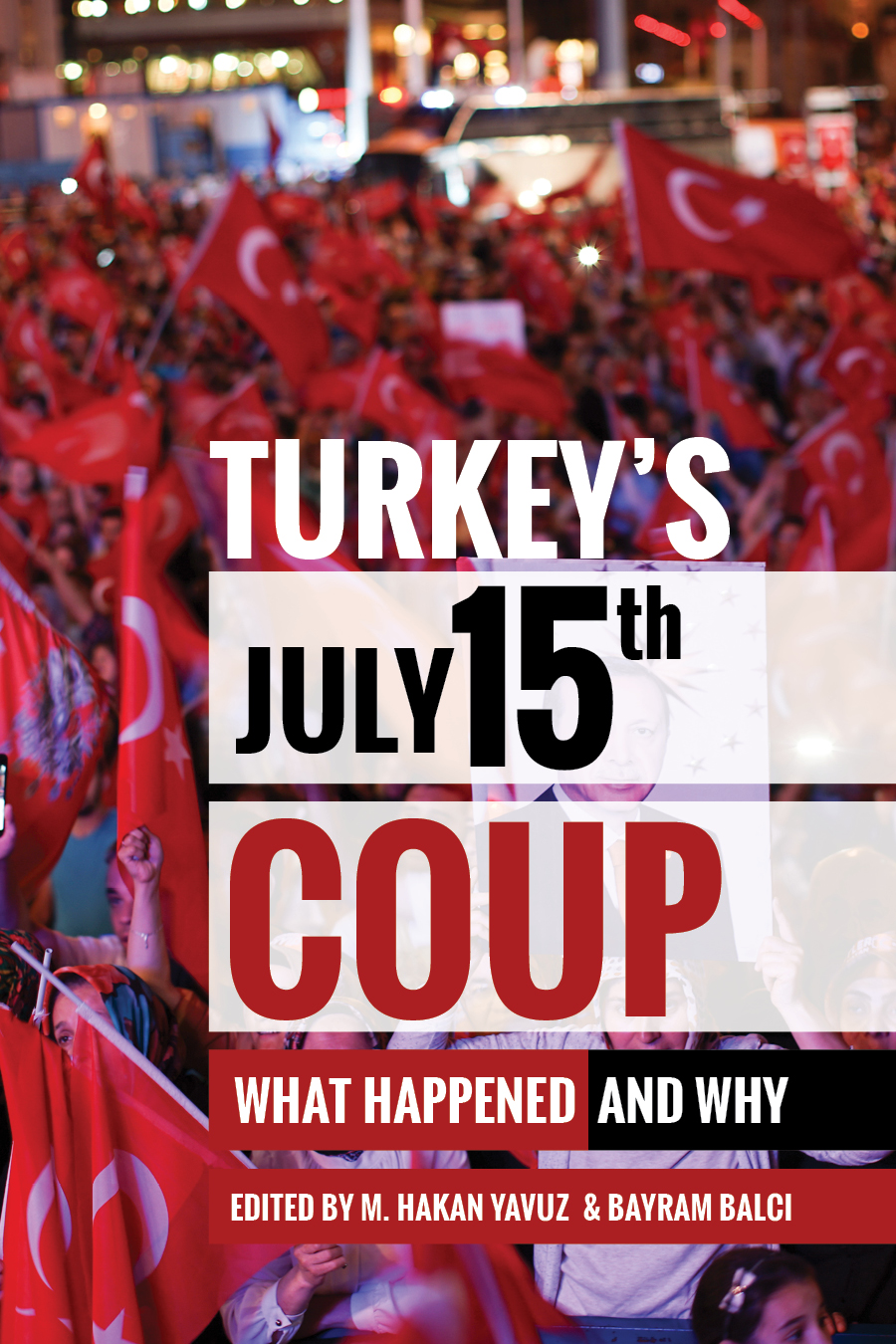 On July 15, 2016, a faction of the Turkish military attempted to overthrow the government of President Recep Tayyip Erdoğan. The Turkish government blamed the unsuccessful coup attempt on Gülenists, adherents of an Islamist movement led by Fethullah Gülen. They had helped elect Erdoğan and his AK Party, with the goal of bringing an ostensibly “soft” version of Islam into the secular Turkish government. In alliance with the AK Party, Gülenists steadfastly increased their representation in various government institutions, including the military, the police, and the judiciary. This volume focuses on the historical and sociopolitical contexts of the Gülen Movement’s origins and political ascendancy along with its possible role in the failed coup.

Editors Yavuz and Balcı are among the first international scholars to have studied the movement from its nascent stages in Turkey. The volume's contributors include scholars who have researched the movement in Turkey, Central Asia, and the Balkans. The result is a comprehensive, timely assessment of numerous dimensions of Gülenist activities, including its social and political networks and the institutions that supported the movement as it became a major economic and educational force in Turkey and elsewhere. This volume reflects exchanges among scholars who having studied the Gülenists, assembled to discuss how and why the movement became belligerent opponents of Erdoğan’s government, and it addresses questions such as how this major, still continuing disruption in Turkey’s politics will affect not only the future of the movement but also that of Turkey's embattled democracy as well.

M. Hakan Yavuz is professor of political science at the University of Utah. He has published widely on Islam, nationalism, the Kurdish question, and modern Turkish politics.

Bayram Balcı is a researcher at the Centre for Research and International Studies (CERI-Sciences Po) in Paris. From 2006 to 2010 he was the director of the French Institute of Central-Asian Studies (IFEAC) in Tashkent, and from 2012 to 2014 he was a visiting fellow at the Carnegie Endowment for International Peace in Washington, DC.
Table of Contents:
Introduction: The Gülen Movement and the Coup  – M. Hakan Yavuz and Bayram Balcı

1. The Three Stages of the Gülen Movement: From Pietistic Weeping Movement to Power-Obsessed Structure – M. Hakan Yavuz
2. The July 15th Coup: A Critical Institutional Framework for Analysis – Mujeeb R. Khan
3. The Gülen Movement vs. Erdoğan: The Failed Coup – M. Hakan Yavuz and Rasim Koç
4. “Woe to Him, for How He Schemed”: Fethullah Gülen, the U.S., and the Damaging of Turkish Democracy – Michael A. Reynolds
5. Understanding the July 15th Failed Coup – Kılıç Kanat
6. The Gülen Movement and the AK Party: The Rise and Fall of a Turkish Islamist Alliance – Caroline Tee
7. Contradictions of Islamic Neoliberal Globalization: The Turkish Case – Sabine Dreher
8. The Coup Attempt in Turkey and Its Effect on the Future of the Gülen Movement in the Post-Soviet Space – Bayram Balcı
9. Secrecy and Hierarchy within the Gülen Movement and the Question of Academic Responsibility – David Tittensor
10. Women in the Gülen Movement: Life in a Postmodern Display, Enshrined with Sacredness – Yavuz Çobanoğlu
11. Navigating the Future of the Gülen Movement in Tanzania – Kristina Dohrn
12. A Turkish Red Herring? The Production and Consumption of Fethullah Gülen as “Good Islam” – Joshua Hendrick

Postscript: How Credible Are Alternative Coup Scenarios? – M. Hakan Yavuz
Selected Bibliography
Contributors
Index
Praise and Reviews:
“Turkey’s July 15th Coup is the one indispensable book addressing the still mystifying attempted coup of 2016, including clearly identifying the perpetrators and depicting the dramatic causes and effects in an illuminating, balanced, informed, and judicious manner. Turkey these days is so often distorted by polarized scholarship that the objectivity exhibited by the contributors to this volume is especially welcome and valuable, lending authority to their various interpretations.”
—Richard A. Falk, author of Power Shift: On the New Global Order
“Here, all in one volume, is the best analysis of the failed coup that has shaken Turkey and transformed the political system. This is the most comprehensive and rigorous study of the clash between the Gulen movement and the AK Party. Yavuz and Balci, who spent two decades in dissecting both the Gülen movement and Turkish politics, provide a very convincing and in depth interdisciplinary study of the background of the crisis. Absolutely indispensable to understand the present turn of Turkish politics.”
—Olivier Roy, Professor, Robert Schuman Centre for Advanced Studies, European University Institute
“A comprehensive text that critically examines the social genealogy of the Gülen Movement and its structure and evolution over time and space. Witten by leading specialists on the movement, the book fills an important gap in the literature and provides lessons and warnings about the use and abuse of the sacred in the public sphere.”
—Fawaz A. Gerges, Author of ISIS: A History (Princeton University Press, 2017)
“A monumentally important work, the first comprehensive treatment in English to unveil the role of Fethullah Gülen in the orchestration of the attempted coup of July 15th 2016. This well-researched and original book, written by the top scholars in the field, is required reading for anyone seeking to understand the rise of the Gülenist movement in Turkey.”
—Dr. Edward J. Erickson, Scholar-in-Residence, State University of New York at Cortland
“Two seasoned scholars brilliantly brought together the selected experts in this first academic book analyzing the role of the Gülen Movement in the 2016 coup attempt in Turkey. It will be good reading not only for students of politics and sociology but also for the politicians who are willing to learn lessons from history.”
—Tamer Balcı, associate professor of history, The University of Texas Rio Grande Valley
“An incisive, well-written study that not only will be the definitive account of the attempted Gulenist coup, but also a heuristic interpretation of its important ramifications for the future of US-Turkish relations and the Turkish government. … This book constitutes a valuable study for government practitioners, academic scholars and the attentive lay public.”—Middle East Policy