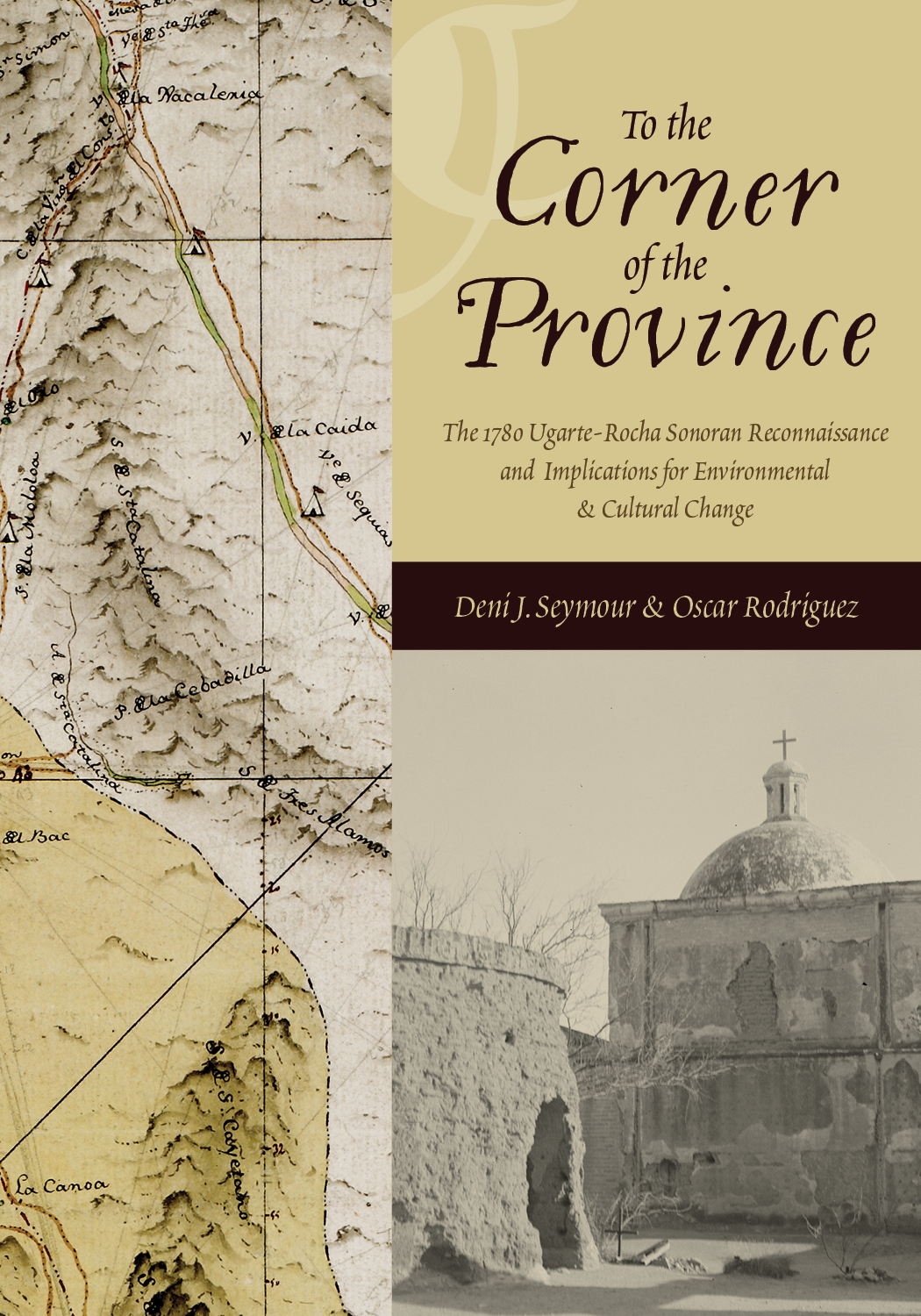 In April 1780, Military Governor Ugarte and Chief Engineer Rocha were sent on a reconnaissance mission through the northwestern frontier of New Spain, land that today is northern Sonora and southeastern Arizona. Seeking information on the advisability of placing a presidio at the junction of the San Pedro and Gila Rivers, Ugarte and Rocha described the landscape in unprecedented detail. Their accounts provide valuable baseline information on environment and culture that allows for analysis of changes at a critical moment in borderland history. To the Corner of the Province provides not just translations of their orders, summary reports, journal, and map, but commentary informed by a variety of sources. Drawing on ethnography, borderland history, ethnohistory, oral history, and archaeology, authors Seymour and Rodriguez elucidate the significance of these documents, providing a glimpse into the harsh realities and intrinsic beauty of the region. Seymour’s more than thirty years’ experience working in this part of the Southwest adds depth and perspective to the narrative.
Deni Seymour is a full-time research archaeologist affiliated with two academic institutions and Jornada Research Institute, but operates as an independent scholar. She has authored several books. Seymour is a leading regional specialist deeply familiar with material culture, landscape, settlement patterning, and the documentary record.

Oscar Rodriguez grew up on the Texas-Mexico border and is a life-long speaker of both Spanish and English. He has worked as an independent consultant for the World Bank and the United Nations on projects throughout Latin America and also serves as tribal historian for the Lipan Apache Tribe of Texas.
Table of Contents:
List of Figures
Acknowledgments
1. The 1780 Ugarte-Rocha Reconnaissance for the New Presidial Line
2. Instructions and Justifications
3. Summary Reports Regarding the Corner of the Province
4. Map and Route of the Sonoran Frontier
5. Géronimo de la Rocha y Figueroa’s Diary
6. Environmental History
7. Insights into Indigenous Practices and Local Customs
8. Insights into the Enemy Apache
9. Both Conceded and Contested
Appendix: Transcriptions of Primary Source Documents
References Cited
Index
Praise and Reviews:
“Seymour is without peer in her ability to weave archaeological, cartographic, documentary, and ethnographic evidence into this story. This is an important work of scholarship that will be appreciated and debated, and thereby elevate our understanding of the Southwest Borderlands of Arizona and Sonora. Her detailed and precise supporting evidence, whether cartographic or archaeological, will make this book the latest word, if probably not the final word, in our discussions of the region in the late eighteenth century.”
—James F. Brooks, professor of history and anthropology, University of California, Santa Barbara