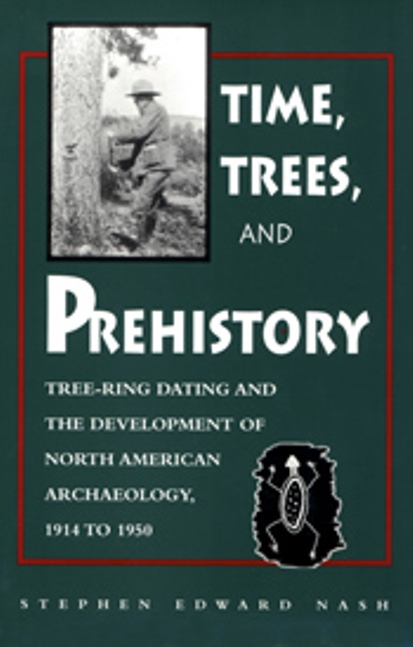 Dendrochronology, the science of assigning precise calendar dates to annual growth rings in trees, provided accurate dates at a time when North American archaeologists had no absolute dating techniques available to guide their analyses. Time, Trees, and Prehistory examines the growth, development, application, and interpretive implications of North American archaeological tree-ring dating from 1914 to 1950.

The development of dendrochronology forced archaeologists to radically revise their understanding of the prehistoric past, compressing by nearly fifty percent the time scale of the archaeological record. Basketmaker sites, for instance, were once thought to be four thousand years old; tree-ring application demonstrated that these sites dated well into the present millennium. Classic sites in Chaco Canyon and Mesa Verde were believed occupied for nearly a thousand years, but tree-ring dates demonstrated that such sites were often built, occupied, and abandoned in just over a century. Other similar changes in temporal scale forced archaeologists to reconsider their interpretations of the rate of prehistoric cultural change, population growth, and the degree of social and political complexity in the Southwest.

Time, Trees, and Prehistory examines archaeological practices of the 1920s, 30s, and 40s and demonstrates that tree-ring dating set the stage that enabled revolutionary developments in archaeological method and theory in succeeding decades.

"No author to date—and this work is likely to be definitive—has so exhaustively and minutely detailed this important piece of history. Nash's grasp of the archival material is extraordinary. The work is a tapestry of historical solidity that will become, in the words of fiction reviewers, a page turner."—American Scientist

“Entertaining, adding a measure of personal realism and genuineness to individuals that most present-day dendrochronologists know little about. A much-needed and major contribution, not only to the history and science of dendrochronology, but also to the evolution of Southwestern archaeology. The book should belong on everyone’s ‘most-wanted’ list.”—Tree-Ring Bulletin