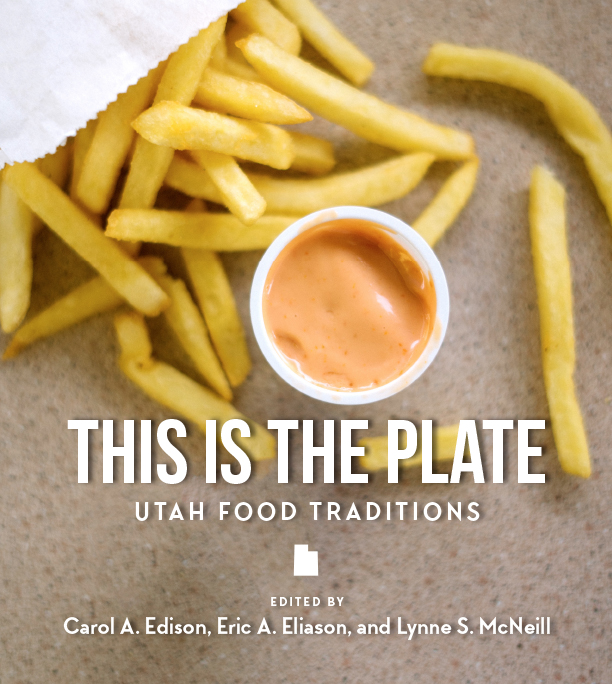 The first book-length treatment of Utah’s distinctive food heritage, this volume contains work by more than sixty subject-matter experts, including scholars, community members, event organizers, journalists, bloggers, photographers, and food producers. It features recipes and photographs of food and beverages. Utah’s food history is traced from precontact Native American times through the arrival of multinational Mormon pioneers, miners, farmers, and other immigrants to today’s moment of “foodie” creativity, craft beers, and “fast-casual” restaurant-chain development. Contributors also explore the historical and cultural background for scores of food-related tools, techniques, dishes, traditions, festivals, and distinctive ingredients from the state’s religious, regional, and ethnic communities as well as Utah-based companies. In a state much influenced by Latter-day Saint history and culture, iconic items like Jell-O salads, funeral potatoes, fry sauce, and the distinctive “Utah scone” have emerged as self-conscious signals of an ecumenical Utah identity. Scholarly but lively and accessible, this book will appeal to both the general reader and the academic folklorist.
Carol A. Edison retired as director of the Folk Arts Program of the Utah Arts Council in 2011. In 1986 she established the Chase Home Museum of Utah Folk Arts, the nation’s only museum dedicated to a state collection of contemporary folk art.  Edison is a recipient of the American Folklore Society’s Benjamin A. Botkin Prize for lifetime achievement in public folklore.

Eric A. Eliason is professor of English at Brigham Young University and specializes in folklore. His books include: The J. Golden Kimball Stories; Wild Games: Hunting and Fishing Traditions in North America (with Dennis Cutchins); Latter-day Lore: Mormon Folklore Studies (with Tom Mould); and The Island of Lace: Drawn Threadwork on Saba in The Dutch Caribbean (with Scott Squire).

Lynne S. McNeill is assistant professor of folklore in the English Department at Utah State University. She is author of the popular textbook Folklore Rules, co-editor of Slender Man is Coming: Creepypasta and Contemporary Legends on the Internet, and reviews editor for the journal Contemporary Legend. She has made several appearances on national television and radio programs.
Table of Contents:Dedication
Acknowledgments
Eat, Drink, and Be Merry, for Tomorrow You May Be in Utah
PART I – Official Foods/Icons
PART II – Heritage
PART III – Latter-Day Saint Influence
PART IV – Local Specialties
PART V – Foodways Today
Index of Recipes
List of Contributors
Praise and Reviews:
“One of the delights of the book is the contrast between stereotypes of Utah and its food traditions and the reality as it has unfolded historically. The obvious case is the belief that Utah is a dry state, a myth that the book nicely puts to rest.”
—Richard Raspa, author of Italian Folktales in America: The Verbal Art of an Immigrant Woman

“This comprehensive anthology covers every conceivable facet of eating in Utah through a pleasing mixture of voices, topics, authors, and styles. Engaging and well rounded.”
—Anne F. Hatch, folk and traditional arts specialist, Wyoming Arts Council
“The writers tell the story of Utah food icons such as apple beer, Casper’s Ice Cream, Brigham City peaches and Gossner Cheese. Also including Native American, immigrant and The Church of Jesus Christ of Latter-day Saint influences, the book is a thorough look at understanding Utah through its food, culinary traditions, and ethnic festivals celebrating food and drink.”
—Utah Life
“Offers a delicious buffet of scholarly work on Utah foodways. Thanks to some skillful design work and a publication grant from Brigham Young University’s Charles Redd Center for Western Studies, the book is as remarkable for its plating as for its flavors. Scores of full-color illustrations adorn its glossy pages, and gelatin-green page borders make for an attractive layout. Fifty-seven recipes invite hands-on learners to explore Utah foodways by trying them out at home.… This beautiful, well-edited, first-of-its-kind collection is a steal.”
—Association for Mormon Letters

“A testament to the sheer breadth of Utah’s food culture.... This book has a lot to offer to both academic and nonacademic readers, and I would recommend it to anyone with even a passing interest in Utah’s foodways.”
—Juvenile Instructor