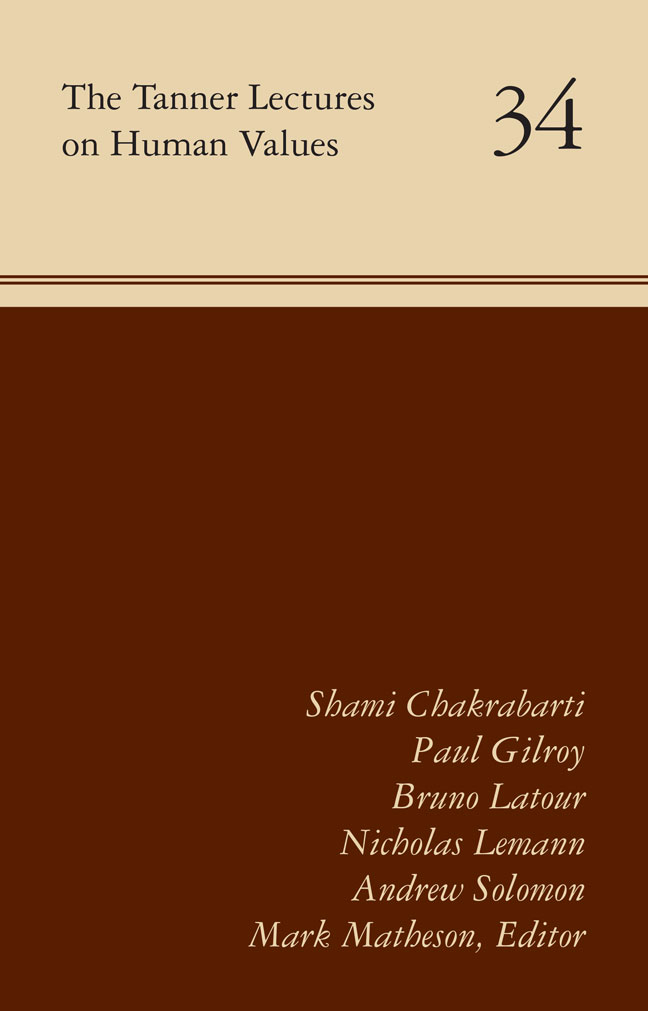 The Tanner Lectures on Human Values, founded July 1, 1978, at Clare Hall, Cambridge University, was established by the American scholar, industrialist, and philanthropist Obert Clark Tanner. Lectureships are awarded to outstanding scholars or leaders in broadly defined fields of human values and transcend ethnic, national, religious, or ideological distinctions. Volume 34 features lectures given during the academic year 2013 to 2014 at the University of Oxford; Stanford University; the University of Utah; and Yale University.

Nicholas Lemann, Columbia University School of Journalism “The Turn Against Institutions” and “What Transactions Can’t Do”

“I hope these lectures will contribute to the intellectual and moral life of mankind. I see them simply as a search for a better understanding of human behavior and human values. This understanding may be pursued for its own intrinsic worth, but it may also eventually have practical consequences for the quality of personal and social life.”
—Obert Clark Tanner