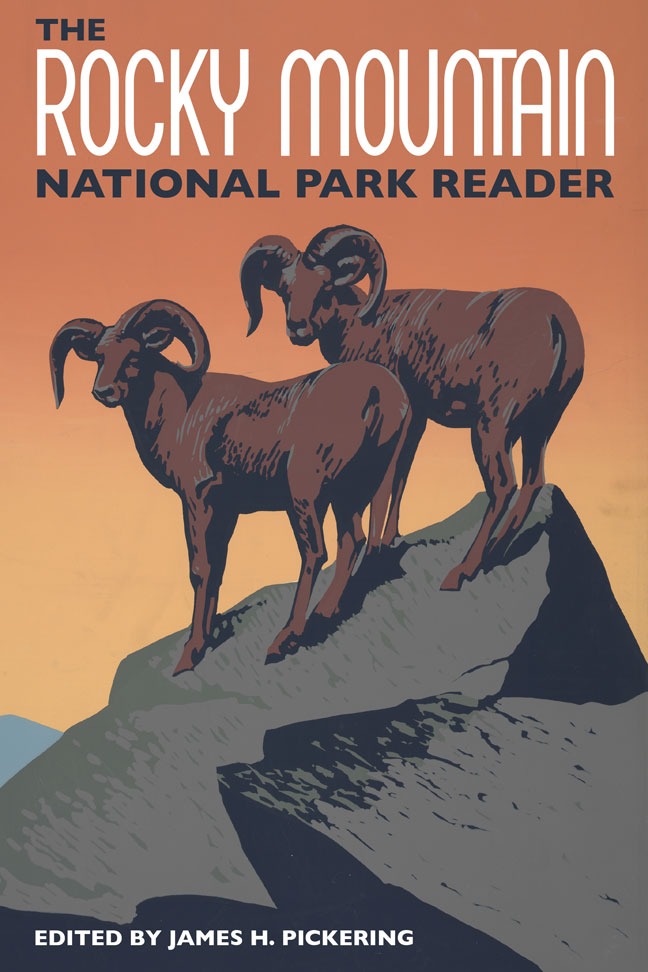 Writer Wallace Stegner once wrote that “No place is a place until things that have happened in it are remembered.”  This collection celebrates one of America’s most loved places, Rocky Mountain National Park, which marks its 100th birthday in 2015. Engagement with place and the events that loom large in park history are the underlying themes that connect the thirty-three selections that make up this anthology.

Representative both in subject and approach, the selections reach back to Arapaho and pioneer times before the park was established and move forward to span its entire first century. The voices that speak to us are distinctive: among them are Irish sportsman Windham Thomas Wyndham-Quin, the Fourth Earl of Dunraven; British travel writer Isabella Bird; mountaineer Frederick Chapin; naturalist Enos Mills; iconic ranger Jack Moomaw and his fictional counterpart, Dorr Yeager’s Bob Flame; and contemporary nature writers Anne Zwinger and SueEllen Campbell—to mention but a few. Some tell us about the past, recalling moments of personal triumph and tragedy. Other voices are quieter; some are more polemic. All capture and share a part of the national treasure that is Rocky Mountain National Park.

The first of its kind, this original collection is a rich literary and historical compendium of the best that has been written about Rocky Mountain National Park. As such it provides an indispensable introduction to the nation’s twelfth national park.

Timeline of Human History
Further Reading
Sources and Permissions
Praise and Reviews:
“A latter day Enos Mills, Jim Pickering has emerged as the foremost and most prolific historian-champion of Estes Park and Rocky Mountain National Park. In this crackerjack anthology, Jim celebrates the park’s centennial with a rich selection of reflections from Arapaho Indians to current scientists studying the scary impact of climate change.”
—Tom “Dr. Colorado” Noel, the University of Colorado Denver