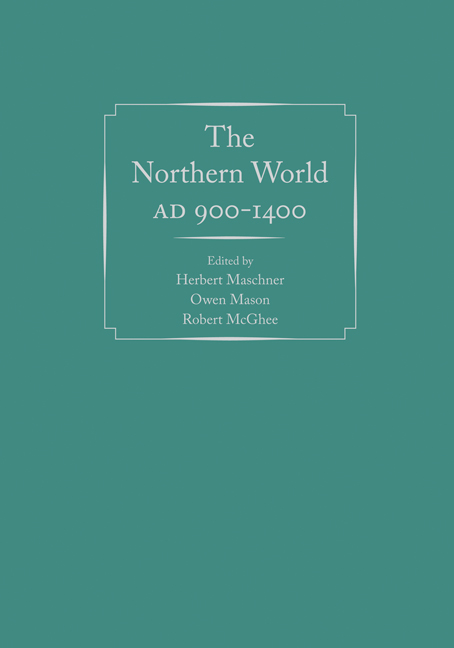 The region stretching across the Arctic from the Bering Straits to Greenland is one of the most critical for understating modern global climate change, especially as it affects keystone species and indigenous peoples. However, substantial changes in the arctic environment are not solely modern phenomena. The period between AD 900 and 1400 witnessed some of the most dynamic and variable arctic climates since the last Ice Age. Throughout the period from the Medieval Climatic Anomaly (an unusually warm period) to the Little Ice Age, this region also saw two of the greatest migrations in human history, an unprecedented level of warfare among hunters, the rise and fall of widespread cultures, hemispheric trade networks, and the beginnings of today’s indigenous northern peoples.
The Northern World presents the Arctic as a dynamic, interactive, and connected region of peoples and landscapes that has proven remarkably adaptable to changing climate and social systems.
Herbert Maschner is research professor of anthropology at Idaho State University; director of the Center for Archaeology, Materials, and Applied Spectroscopy (CAMAS); senior scientist at the Idaho Accelerator Center (IAC); associate editor of the Journal of World Prehistory; and an executive director of the Foundation for Archaeological Research and Environmental Studies (FARES).
Owen K. Mason is editor of the Alaska Journal of Anthropology and a board member of the Alaska Anthropological Association. He is currently a research affiliate with the Institute of Arctic and Alpine Research at the University of Colorado and manages his own consulting firm, Geoarch Alaska, in Anchorage.
Robert McGhee is a fellow of the Royal Society of Canada and of the Arctic Institute of North America, past president of the Canadian Archaeological Association, and has been awarded the Massey Medal of the Royal Canadian Geographical Society. He is currently curator emeritus at the Canadian Museum of Civilization.
Table of Contents:

The First Thule
6. The Thule Migration: A New Look at the Archaeology and Biology of the Point Barrow Region Populations - R. Eric Hollinger, Stephen Ousley, and Charles Utermohle
7. When and Why Did the Inuit Move to the Eastern Arctic? - Robert McGhee
8. The "Arctic Maritime" Expansion: A View from the Western Canadian Arctic - David Morrison
9. Persistence and Change in Thule Wood Use, AD 1100–1450 - Claire Alix

Regional Interactions, Population Movement, and the Clash of Cultures
13. Contraction and Expansion in Newfoundland Prehistory, AD 900–1500 - M. A. P. Renouf and Trevor Bell
14. The Question of Contract Between Dorset Paleo-Eskimos and Early Europeans in the Eastern Arctic - Patricia D. Sutherland
15. Tunit, Norsemen, and Inuit in Thirteenth-Century Northwest Greenland—Dorset Between the Devil and the Deep Sea - Martin Appelt and Hans Christian Gulløv
16. Medieval Norse and the Bidirectional Spread of Epidemic Disease Between Europe and Northeastern America: A New Hypothesis - William A. Agger and Herbert Maschner
17. Epilogue and Concluding Thoughts - Owen Mason and Herbert Maschner