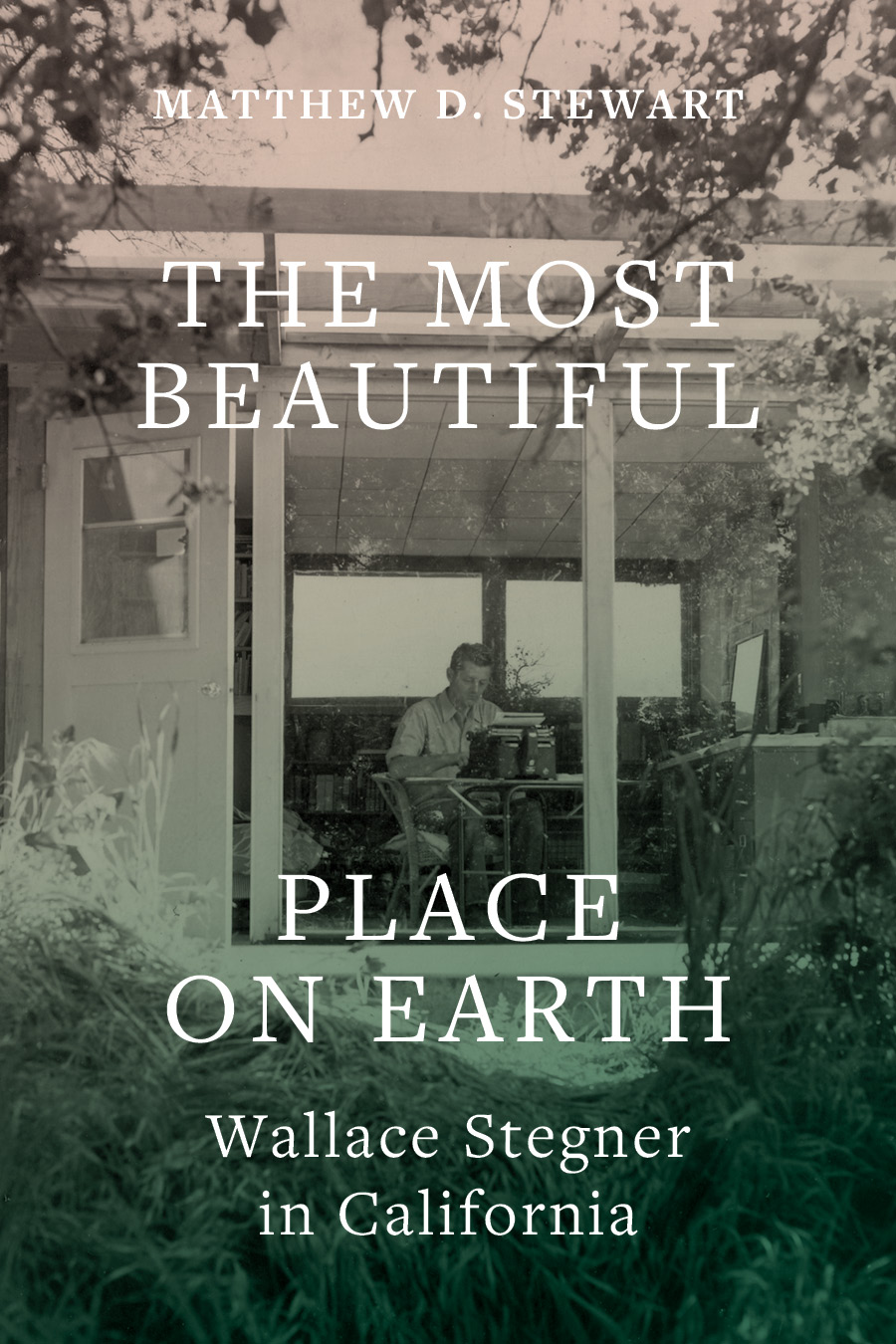 As author of the “Wilderness Letter” and major award-winning novels, histories, essays, and biographies, Wallace Stegner worked throughout his life to protect western lands, places, and peoples. His writing was and remains an inspiration and guide for countless people attempting to cultivate a sense of place in the American West while tacking their way through uncertain times.

This book tells the story of Stegner and his family as they made a home just outside of Palo Alto, California, dur­ing its transition from the Valley of Heart’s Delight (known for its rolling hills and orchards) to Silicon Valley. In this thoughtful study of the novels Stegner wrote in Califor­nia—including his Pulitzer Prize–winning Angle of Repose—readers are invited to consider with Stegner what the practice of place requires in the American West. Specialists in the literature and history of the American West will find new analyses of Stegner and his influential work. Other readers will be guided through Stegner’s work in concrete and accessible prose, and anyone who has longed for home and a sense of place will encounter a powerful, beautiful, and at times tragic attempt to build and preserve it.Matthew D. Stewart teaches humanities at The Ambrose School in Meridian, Idaho, and is associate editor at Front Porch Republic. He holds a PhD in his­tory from Syracuse University.
Praise and Reviews:

“Provocative, extraordinarily well researched, and especially thoughtful. Matthew Stewart’s study is a work of intellectual history, or if one wishes, a history of ideas. Through close, revealing readings of Stegner’s novels and stories about California, Stewart provides a path-breaking examination of Stegner’s thoughts, especially as they are related to such ideas as community, home, place, character, and sociocultural change.”
—Richard W. Etulain, University of New Mexico

“Matthew Stewart is a historian who takes Stegner’s fiction seriously as a guide to his thought about historical and social questions. His book offers an important and valuable reexamination of this multifaceted figure in the West.”
—William Handley, University of Southern California


"An imagination like [Stegner's], fictions like his—born from affection—may not provide us with data or answers but may help us feel 'somehow more substantial and less troubled, characters more permanent.' And they may show us how we can help the land we find underfoot become a beloved, well-cared-for place. Stewart’s book goes a long way towards helping us see the world, and its people, the way Stegner hoped we could."
—Seth Wieck, Front Porch Republic