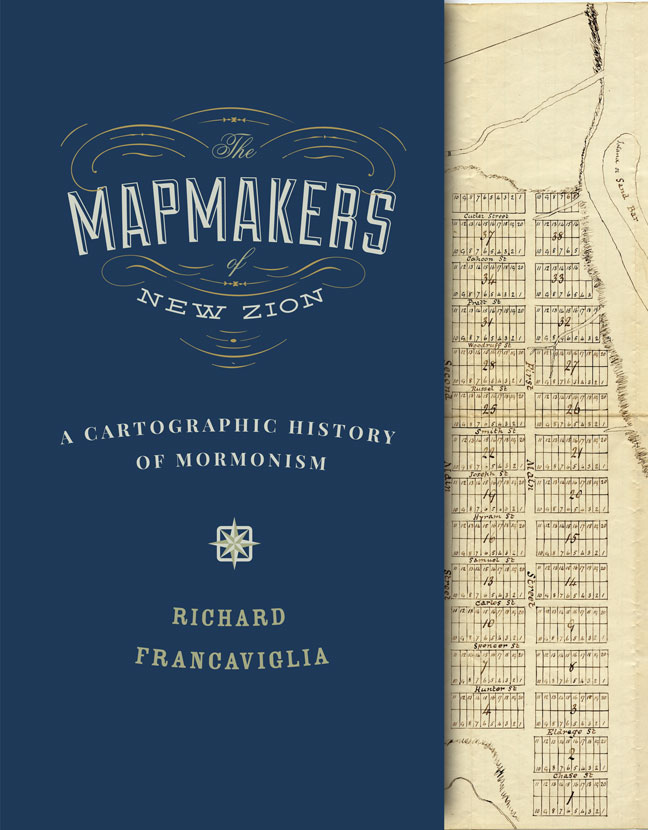 From their earliest days on the American frontier through their growth into a worldwide church, the spatially expansive Mormons made maps to help them create idealized communities, migrate to and colonize large parts of the American West, visualize the stories in their sacred texts, and spread their message internationally through a well-organized missionary system. This book identifies many Mormon mapmakers who played an important but heretofore unsung role in charting the course of Latter-day Saint history. For Mormons, maps had and continue to have both practical and spiritual significance. In addition to using maps to help build their new Zion and to explore the Intermountain West, Latter-day Saint mapmakers used them to depict locations and events described in the Book of Mormon.

Featuring over one hundred historical maps reproduced in full color—many never before published—The Mapmakers of New Zion sheds new light on Mormonism and takes readers on a fascinating journey through maps as both historical documents and touchstones of faith.

Winner of the Southwest Book Design and Production Award from the New Mexico Book Association.
Selected as one of the American Library Association's Best of the Best from University Presses.

Richard Francaviglia, Professor Emeritus of History and Geography at the University of Texas at Arlington, has been interested in maps since childhood. His diverse publications include the recent Go East, Young Man: Imagining the American West as the Orient. He lives in Oregon where he teaches courses in religious studies at Willamette University.

“The Mapmakers of New Zion is a brilliant history of Mormons and Mormon thought, viewed through the unique lens of cartography. Written in an engaging style, Mapmakers documents the minutiae of history and geography and offers an ongoing meditation on Mormon cosmology and Latter-day Saint views on space and time. A stimulating and enlightening book.”
—Todd Compton, author of A Frontier Life: Jacob Hamblin, Explorer and Indian Missionary

“Provides an excellent introduction to historical cartography and asks a series of illuminating questions about the art and science of mapmaking. Carefully crafted and full of cultural insights.”
—Will Bagley, author of South Pass: Gateway to a Continent

“A magnificent tome about the mapmakers of the Mormon exodus out of the United States into the American West.”—The Journal of Mormon History

“From its trek west in the 1800s to today’s missionary efforts, Mormonism has left behind its fair share of maps. Richard Francaviglia studies these maps in detail and brings to light some new insights about the religion’s culture and theology.”—Deseret News

“It is rare to discover a book as richly illustrated and produced as Richard Francaviglia’s new The Mapmakers of New Zion.…Those interested in Mormon history, scholars, students, and general public, will find much to appreciate in Francaviglia’s work, and various fields of study will benefit from considering the questions he poses and insights he provides.”—The Journal of Arizona History