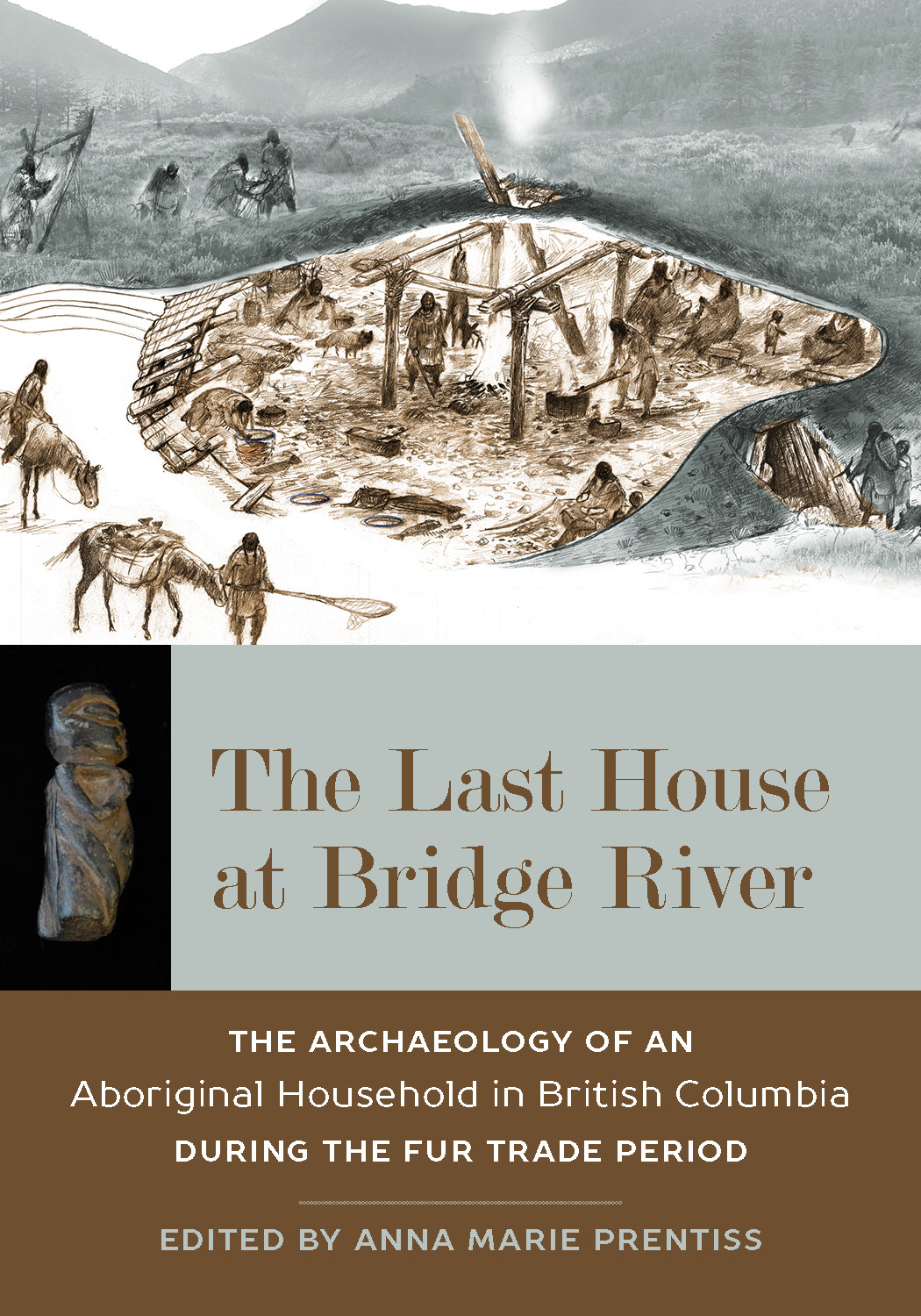 The Last House at Bridge River offers a comprehensive archaeological study of a single-house floor and roof deposit dated to approximately 1835–1858 C.E. Although the Fur Trade period of the nineteenth century was a time of significant change for aboriginal peoples in the Pacific Northwest, it is a period that is poorly understood. These studies of Housepit 54 at the Bridge River site offer new insights, revealing that ancestors of today’s St’át’imc people were actively engaged in maintaining traditional lifestyles and making the best of new opportunities for trade and intergroup interaction.

Among its major contributions, the book includes a first-ever historical ecology of the Middle Fraser Canyon that places aboriginal and Euro-Canadian history in ecological context. It demonstrates that an integrated multidisciplinary approach to archaeological research can achieve insights well beyond what is known from the ethnographic and historical records. Because the project derives from a long-term partnership between the University of Montana and the Bridge River Indian Band, it illustrates the value of collaborations between archaeologists and First Nations. Together, contributors present a Fur Trade period aboriginal society at a level of intimacy unparalleled elsewhere.

Anna Marie Prentiss is professor of archaeology at the University of Montana. Her previous publications include People of the Middle Fraser Canyon and Field Seasons.

“The archaeology of the Fur Trade era has been approached for the most part from a Eurocentric perspective, so this book provides an important counterpoint that should be widely publicized. It adds a lot of detail and new data to interior Salish enthnohistorical archaeology. The content is unique and illuminating.”
—Maria Nieves Zedeño, professor of anthropology, University of Arizona

“I like several things about this book. It is a useful contribution to understanding processes of change in nineteenth century British Columbia, especially in the mid-Fraser River region. It significantly expands the scope of historic period archaeology in the province by focusing on First Nations, who have received scant previous attention. The book also provides a useful model for incorporating Indigenous frameworks into archaeological analyses and offers interesting data and insights for comparison.”—BCBookLook.com

“This book is more than the sum of its parts. The amalgamation of many separate studies succeeds in giving the reader a very high-resolution picture of the contact-period occupation at Bridge River. Subject matter is well chosen and diverse…. The book breathes life into St’át’imc society during a critical period in its history.”
—Alaska Journal of Anthropology

“The premise of the volume is unique, and the collaboration of many scholars (along with the participation of the descendant community) allows for the contribution of diverse theoretical perspectives and interpretations…. The methodological breadth on display across the different chapters will be useful for students and professionals looking for analytical inspiration.”
—Pacific Northwest Quarterly