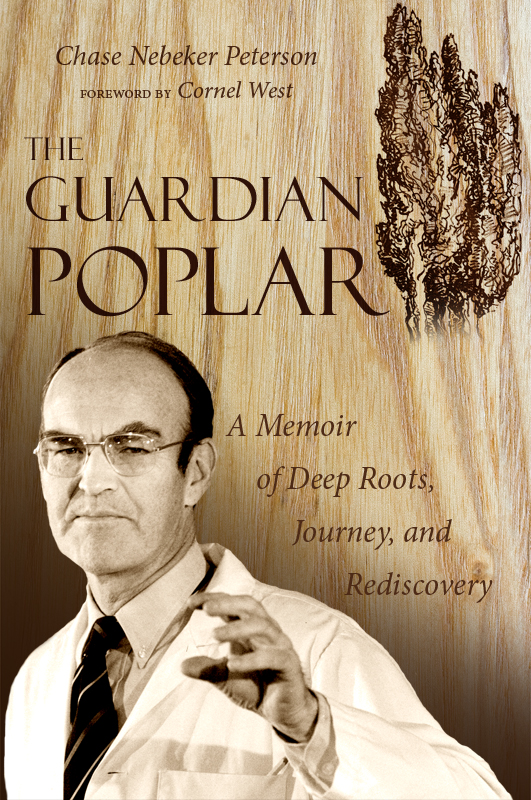 When Barney Clark received the Jarvik-7 artificial heart in 1983 and Cold Fusion came under fire in 1989, Chase Peterson, as the University of Utah president, was inevitably pulled into these campus events. While these episodes may be the best known in Peterson’s professional history, they are certainly not the only stories that make his autobiography worth reading.

The Guardian Poplar tells of a man who grew up in small-town Utah and carried his pioneer and Mormon heritage to a New England prep school and later to Harvard. He then returned to Utah as a doctor, but unexpectedly found himself back at Harvard as its dean of admissions, handling issues such as the Vietnam War and racial and gender reform. The book explains how Peterson’s home state recruited him back to become an administrator at the University of Utah and how he would eventually become the university president, taking on new issues and challenges. Peterson recounts these years by drawing on anecdotes that recall the people he served and the moments that brought his life meaning.

This autobiography is a compelling account of how Peterson has managed to balance family and career, handle the tensions that have arisen between his faith and his scientific training, and remain solid in the face of his newest challenge—cancer. The book’s engaging prose and honest reflections are sure to intrigue and inspire readers who know the man well, as well as those readers who simply want to know a man who can be described as dedicated, faithful, hardworking, and hopeful about the future.

“When I first met Chase Peterson as a Harvard freshman—along with our joint friend and brother David Evans—something deeply touched me. It was not only his sincere smile and open embrace but also a sense that here was a kind and courageous man comfortable in his own skin, secure in who he was yet eager to encounter new persons, new experiences, and new challenges. . . . He was from Utah but in New England, a Mormon in old Harvard, and a medical doctor in the deanship of admissions. Little did I know that his journey would enhance and enrich my own—owing to his critical allegiance to his family, his faith, his friends, and to his citizenship of country and world. His prophetic witness at Harvard in the turbulent ‘60s and ‘70s, his promotion of black priesthood in the Mormon church, his support of antiapartheid protests in the ‘80s, and his steadfast defense of academic freedom in the Cold Fusion controversy in the early ‘90s all express his quiet and humble effort to be true to himself—a self grounded in, but
not limited by, a rich Mormon tradition.”—from the foreword by Cornel West

After graduating from Harvard Medical School, Chase Nebeker Peterson began a career practicing medicine, but his path took him into university administration and led to his position as president of The University of Utah from 1983 to 1991.

“Here is the odyssey of Chase Peterson, a man of remarkable gifts. His charming stories of the privileged places his talents have taken him reveal a man of unusual candor and humility. As he tells us, wherever he went as student, physician, college administrator, or teacher, he never left home.”—Richard Lyman Bushman, Gouverneur Morris Professor of History Emeritus, Columbia University

"It's all there, the punch lines, the subtle turn of phrase, the native intelligence, the oustide-the-box take on things, that has long made Peterson a serious contender as the most interesting man in Utah—and definitely one of its best talkers. His book reads like a really good, really long chat with Chase. Like all people who know how to tell a good story, in the end, he leaves you only wanting more."—Deseret News