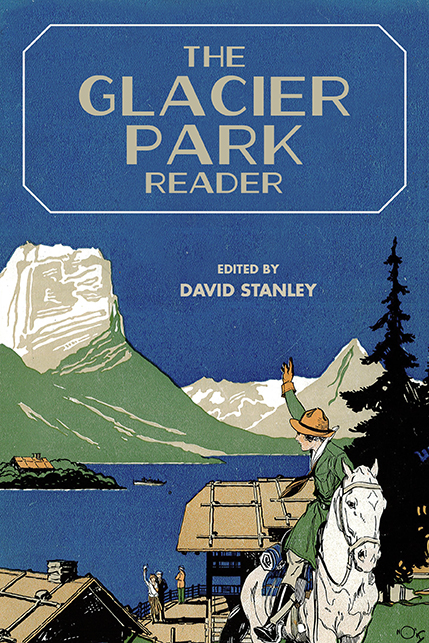 The first and only anthology of key writings about Glacier National Park, this comprehensive collection ranges from Native American myths to early exploration narratives to contemporary journeys, from investigations of the park’s geology and biology to hair-raising encounters with wild animals, fires, and mountain peaks.

Part of the National Park Reader series, edited by Lance Newman and David Stanley
David Stanley is now retired after serving as professor of English at Westminster College in Salt Lake City, where he taught American literature and folklore and chaired the Environmental Studies Program. In the 1960s he worked on trail-maintenance crews in Glacier National Park for six summers. He and his wife Nan continue to visit and hike in Glacier on a regular basis.
Praise and Reviews:
“A rich variety of early and contemporary writings as they relate to Glacier Park. Stanley has gleaned his selections from among the very best literature out there, some of which, without his deep digging, would not be introduced to readers. He found the right stuff.”
—Michael J. Ober, author of Glacier Album: Historic Photos of Glacier National Park
“Diverse voices over a wide stretch of time. Dr. Stanley has covered his bases well.”
—Andy Harper, author of “Conceiving Nature: The Creation of Montana’s Glacier National Park”