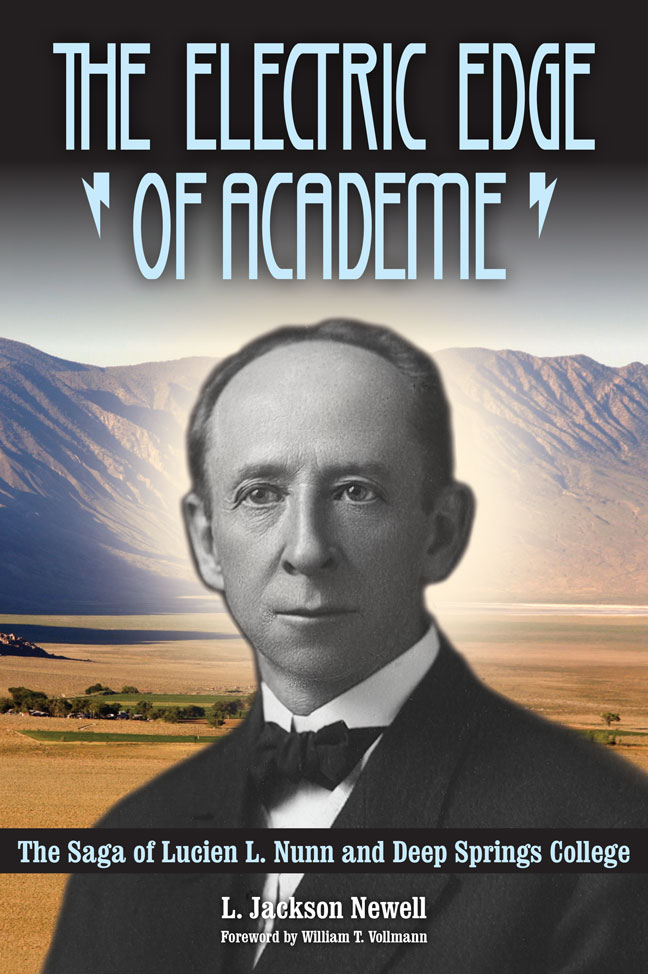 Here is a look at the life and legacy of an irrepressible innovator. Pushing against both social convention and technological boundaries, L.L. Nunn left enduring marks on economic and social history, labor development, and, educational reform. The Electric Edge of Academe is a bold portrayal of this progressive-era hydroelectric power magnate who, driven by a dynamic conscience, also became a force for social change and educational experimentation.

In 1891, Nunn, working with Tesla and Westinghouse, pioneered the world’s first commercial production of high-tension alternating current (AC) for long-distance transmission—something Thomas Edison deemed dangerous and irresponsible. After creating the Telluride Power Company, Nunn constructed the state-of-the-art Olmsted Power Plant in Provo Canyon and the Ontario Power Works at Niagara Falls. To support this new technology, he developed an imaginative model of industrial training that became so compelling that he ultimately abandoned his entrepreneurial career to devote his wealth and talents to experimenting with a new model of liberal education. In 1917, Nunn founded Deep Springs College in eastern California. The school remains one of the most daring, progressive, and selective institutions of higher learning in America. Newell examines how Nunn’s radical educational ideas have survived internal and external challenges for nearly a century and explores their relevance today.

L. Jackson Newell is Professor Emeritus of Educational Leadership at the University of Utah, where he was also dean of liberal education for sixteen years. He served as president of Deep Springs College from 1995 to 2004. His previous books include Maverick Colleges, Creating Distinctiveness: Lessons from Uncommon Colleges (with Barbara Townsend), and Matters of Conscience, a biography of Sterling M. McMurrin.

“A unique, thorough work by an outstanding, established historian and philosopher of education. It fills a void in institutional and regional history.”
—John R. Thelin, author of A History of American Higher Education

“This elegant volume is as informative as it is fascinating. More than a study or a story, this account is an absorbing exploration of one of the most unusual and important examples of liberal education in the United States.”
—Katherine E. Chaddock, author of Visions and Vanities: John Andrew Rice of Black Mountain College

“A thoroughly researched and fair-minded history of one of the world’s most unique colleges. I recommend it without reservation to any and all who care about education and learning.”
—F. Ross Peterson, author of Prophet without Honor: Glen H. Taylor and the Fight for American Liberalism

“Jack Newell has written what is undoubtedly the most comprehensive history of Telluridean institutions currently in existence…. Newell’s fluid prose is enhanced throughout by extended quotes from archival materials presented in full or near full, as well as an array of photographs.”—Telluride Association Newsletter

“Newell’s personal involvement brings an interesting element of memoir into the narrative, and he balances his position as participant and chronicler with an even voice. Under the pen of a less skilled writer, the book’s details might have been overwhelming, but Newell’s engaging prose creates an account that will be of interest to historians of the West and education.”—Western Historical Quarterly