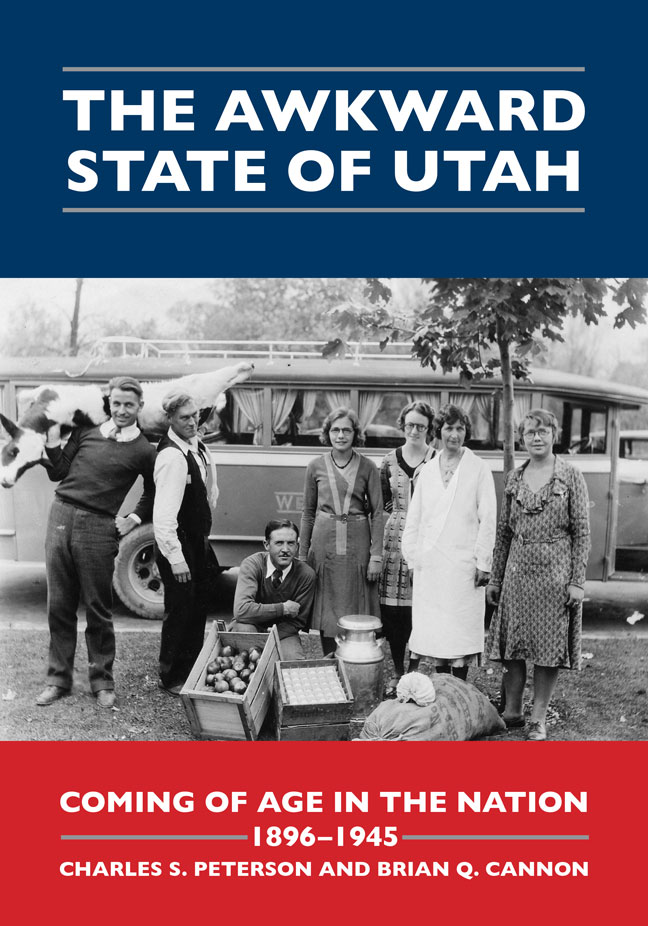 The half century between statehood in 1896 and the end of World War II in 1945 was a period of transformation and transition for Utah. This book interprets those profound changes, revealing sweeping impacts on both institutions and ordinary people. Drawing upon expertise honed over decades of teaching, researching, and writing about Utah’s history, the authors incorporate fresh archival sources, new oral histories, and hundreds of scholarly articles and books as they narrate the little-known story of the crucial formative years when Utah came of age.

During its sometimes awkward years of adolescence and maturation, Utah was gradually incorporated into the American political, social, and economic mainstream. Urban and industrial influences supplanted agrarian traditions, displacing people socially, draining the countryside of population, and galvanizing a critical crisis in values and self-identification. National corporations and mass labor movements took root in the state as commerce expanded. Involvement in world events such as the Spanish-American War, two world wars, and the Great Depression further set the stage for entry into the modern, globalized world as Utahns immersed themselves in national politics and became part of the democratic, corporate culture of twentieth-century America.

Charles S. “Chas” Peterson is Professor Emeritus of History at Utah State University. His publications include Take Up Your Mission: Mormon Colonizing along the Little Colorado River, 1870–1900 and Utah: A Bicentennial History.

Brian Q. Cannon is a professor of history and director of the Charles Redd Center for Western Studies at Brigham Young University. He is the author of numerous books, including Reopening the Frontier: Homesteading in the Modern West, and coeditor, with Jessie L. Embry, of Utah in the Twentieth Century and Immigrants in the Far West: Historical Identities and Experiences (University of Utah Press, 2015).

“What a wonderful example of how history should be written! It is engaging, warm, and colorful.”—Stanford J. Layton, author of To No Privileged Class: The Rationalization of Homesteadingand Rural Life in the Early Twentieth Century

“This study represents not only a sound narrative, but puts forth excellent analysis and synthesis. A solid, positive, and needed contribution to Utah history.”—Philip F. Notarianni, former director of Utah State History; author of Carbon County: Eastern Utah’s Industrialized Island
“A thorough, intelligent, and readable survey of Utah history.”—Association for Mormon Letters
"The authors write in a concise and engaging manner that leaves readers with a clear sense of what life was like during the days of mass industrialization, flappers and distilleries. History buffs searching for a comprehensive and intriguing summary of Utah's early days following statehood should look no further than The Awkward State of Utah. It is sure to both educate and entertain."—Deseret News
“Entertaining, informative, and highly accessible. …In scope and depth of Utah histories, [this book] stands alone. It offers a synthesis of hundreds of other works, illuminating a vital half-century in the state’s development. Anyone interested in Utah’s history will find it informative and enjoyable, including students, researchers, and the public at large.”—Utah Historical Quarterly
“Charles Peterson and Brian Cannon have written a comprehensive, well-researched history, and a very readable volume of Utah’s past from its beginning days in the decade of the 1890s and statehood to the end of World War II.… This well written history is appropriate for general reading as well as pointing to links for further exploration.”—Western Historical Quarterly