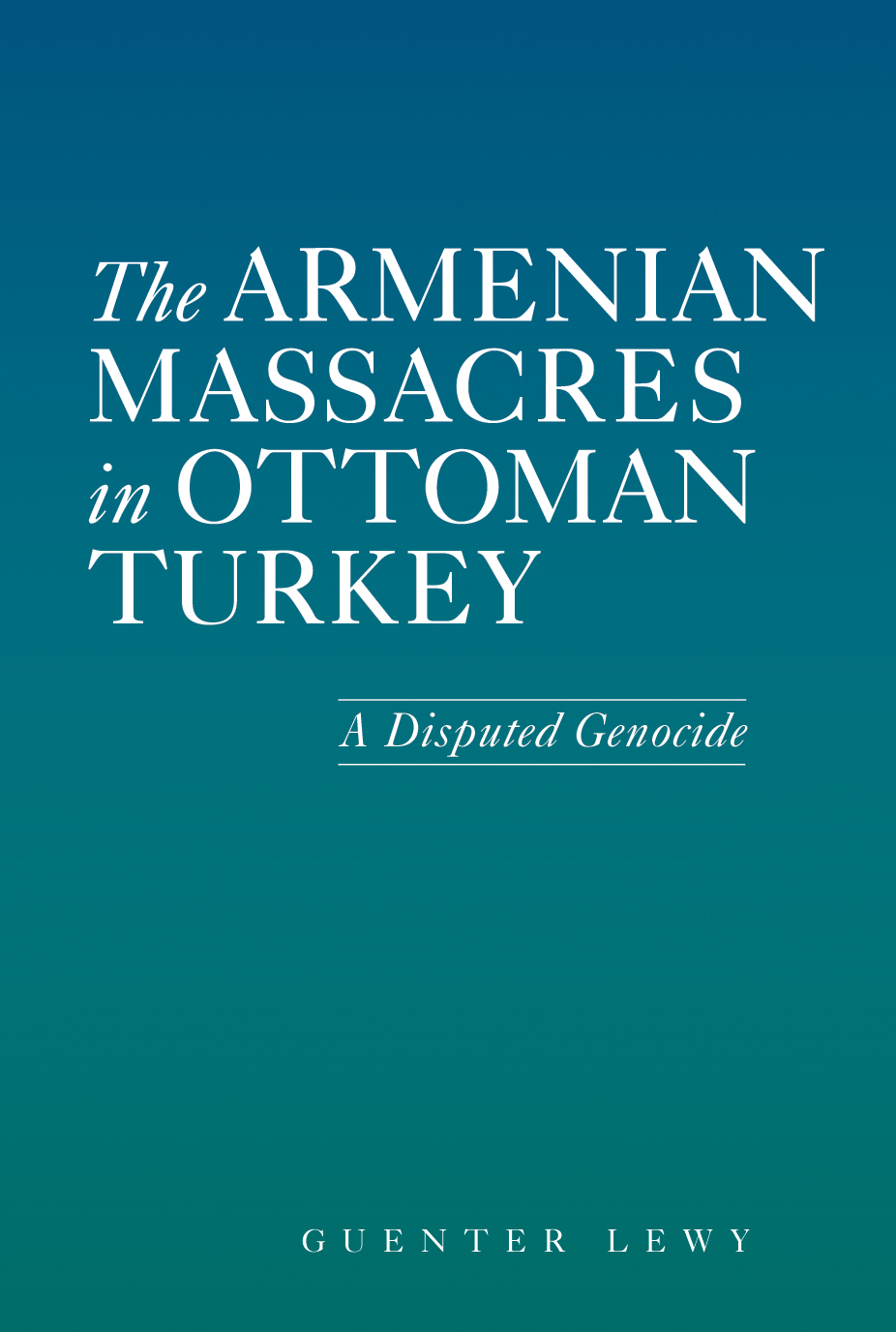 In 1915, the Ottoman government, then run by the Young Turks, deported most of its Armenian citizens from their eastern Anatolian lands. According to reliable estimates, close to forty percent of the prewar population perished, many in brutal massacres. Armenians call it the first genocide of the twentieth century. Turks speak of an instance of intercommunal warfare and wartime relocation made necessary by the treasonous conduct of their Armenian minority.

The voluminous literature on this tragic episode of World War I is characterized by acrimony and distortion in which both sides have simplified a complex historical reality and have resorted to partisan special pleading.

The Armenian Massacres in Ottoman Turkey examines the rich historical evidence without political preconceptions. Relying on archival materials as well as eye-witness testimony, Guenter Lewy avoids the sterile “was-it-genocide-or-not” debate and presents a detailed account of what actually happened. The result is a book that will open a new chapter in this contentious controversy and may help achieve a long-overdue reconciliation of Armenians and Turks.

Guenter Lewy is professor emeritus of political science at the University of Massachusetts-Amherst.
Table of Contents:
List of Maps
Preface
1. Armenians in the Ottoman Empire in the Nineteenth Century
2. The Armenian Revolutionary Movement
3. The Massacres of 1894-96
4. The Young Turks Take Power
5. The Armenian Case (1): Genocidal Plans
6. The Armenian Case (2): The Implementation of Genocide
7. The Turkish Position
8. The Sources
9. The Deportation Decision
10. The Course of the Deportations
11. Resettlement
12. Who Were the Perpetrators of the Massacres?
13. The Number of Victims
14. Conclusion: The Question of Premeditation
15. Epilogue: The Politicization of History
Abbreviations and Glossary
Notes
Works Cited
Index
Praise and Reviews:

"Guenter Lewy is a greatly respected American historian, whose books have shed light on versions of history that risked becoming set, and stifling future research. He has now turned his attention to the Armenian massacres of 1915, a subject encrusted with fossilized venom. His book, which has Olympian fair-mindedness as well as thorough knowledge of the various sources, now replaces everything else."—Norman Stone

"A very significant contribution to a long-standing historiographical debate over what happened to the Armenians during the last days of the Ottoman Empire. Although Lewy's analysis is certainly not going to constitute the definitive answer, there is no other comparable work that so objectively and thoroughly reviews and analyzes so many different sources on both sides of this bitterly divisive issue."—International Journal of Middle East Studies

"This is an important book because it presents a much-needed corrective to the one-sided view that many have of the Armenian deportations and massacres. I highly recommend this book to anyone who is interested in the question of what really happened to the Ottoman Armenians in 1915."—Middle East Journal

"A welcome contribution that revisits this historical event thoroughly and objecitvely. Lewy's book is likely to become a must-read for the students of Middle Eastern history and politics."—Insight Turkey

"At last, nearly a century after the ghastly events following the deportation of the Armenian population of Eastern Anatolia in 1915–16, a carefully balanced and scrupulous fair stidy, presenting an analysis of the accounts of both sides has finally appeared."—Middle East Policy

"An outstanding work of historiography. Lewy approaches the standard histories on the Armenian Question using a valuable, but usually neglected, tool—he checks the sources used, targeting scholarship on all sides of the issue."—Slavic Review