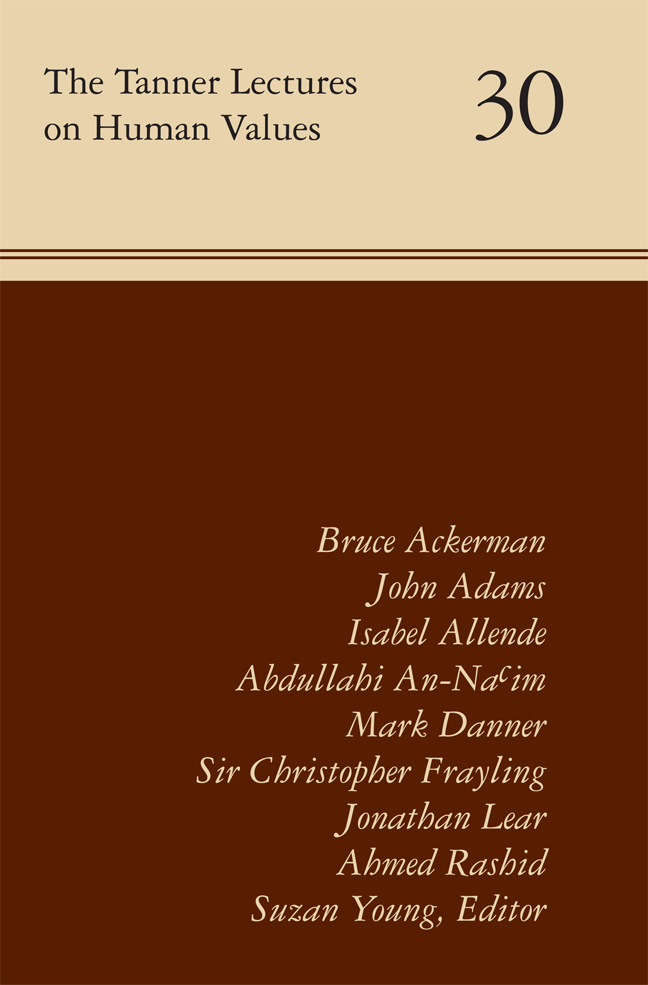 CONTRIBUTORS:
Bruce Ackerman, “The Decline and Fall of the American Republic”
Bruce Ackerman is Sterling Professor of Law and Political Science at Yale and the author of fifteen books that have had a broad influence in political philosophy, constitutional law, and public policy.

John Adams, “Doctor Atomic and His Gadgets”
John Adams is a musician, composer, writer, and conductor whose work stands out for its depth of expression, its sonic brilliance, and the profoundly humanist nature of its themes.

Isabel Allende, “In the Hearts of Women”
Isabel Allende is a social activist and feminist whose novels and memoirs have established her as one of the most res-pected writers of our time.

Mark Danner, “Torture and the Forever War”
Mark Danner is a writer, journalist, and professor who has written for more than two decades on foreign affairs and international conflict.

Jonathan Lear, “Becoming Human Does Not Come That Easily”
Jonathan Lear is the John U. Nef Distinguished Service Professor at the Committee on Social Thought and the Depart-ment of Philosophy at the University of Chicago. His research and writings focus on philosophical conceptions of the human psyche.

Ahmed Rashid, “Afghanistan” and “Pakistan”
Ahmed Rashid is a reporter from Pakistan whose unique knowledge of this complex region allows him a panoramic vision and nuanced perspective that no Western writer can emulate.