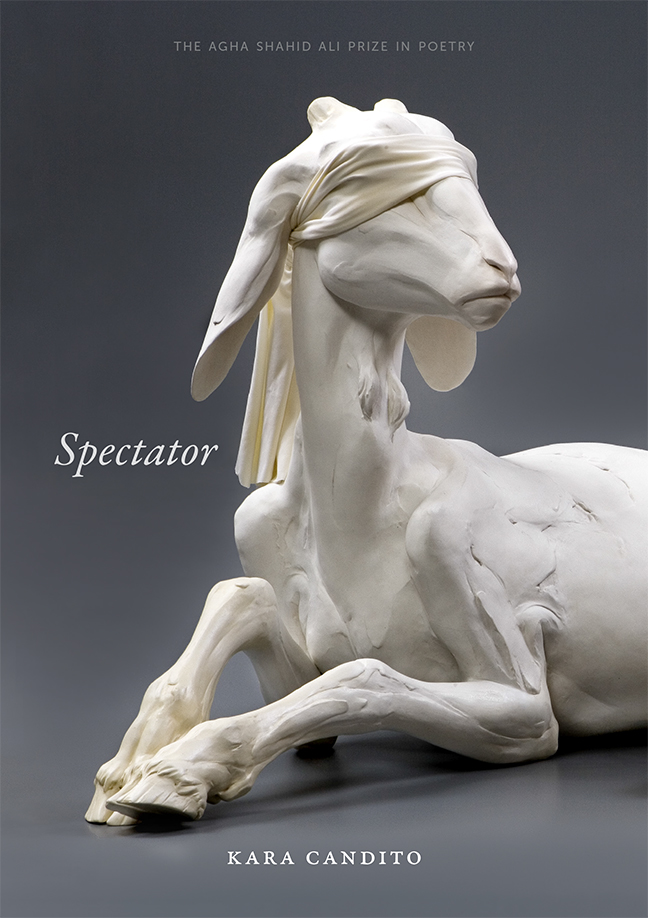 Although it ends with a marriage, Kara Candito’s second poetry collection is anything but a comedy. At the book’s center is the struggle of a U.S. citizen and a Mexican citizen to find a common space and language in their relationship while navigating the U.S. immigration system, a process that sometimes requires magical thinking just to endure. By employing a kind of documentary poetics that views the application process through different angles and perspectives, Candito crafts discourses around xenophobia, otherness, and national and ethnic identity.
“In the waiting room of the third government office, / you will invent your own religion,” writes Candito in “Ars Amatoria: So You Want to Marry a Foreign National,” a tragicomic sequence written in Roman-numeric fragments reminiscent of an official document’s formatting. Interspersed with moments of lyric urgency (“I am here to suffer more beautifully”) and disconcerting cinematic observation (“One wore an assault rifle across his back, // another pointed a video camera at our faces.”), Spectator charts the plural self’s course through a world of airplane travel, drug wars, and customs forms.
From Italy to Boston, Lorca’s Granada to New York, and the dusty streets of Mexico City to the snowy parking lots of the Midwest, the speakers of Spectator probe the jagged boundaries between past and present, observer and observed, and political and personal. As such, the book is an homage to anyone who’s been displaced or redefined by bureaucratic systems of power.

The poem "Monologue during a Blackout" (which appears in Spectator) was the winner of a Pushcart Award in 2014.
Kara Candito is a creative writing professor at the University of Wisconsin, Platteville, and a cocurator of the Monsters of Poetry reading series in Madison, Wisconsin. She is the recipient of scholarships and awards from the Bread Loaf Writers’ Conference, the Council for Wisconsin Writers, the Vermont Studio Center, the MacDowell Colony, and the Santa Fe Arts Institute. Her work has been published in numerous journals and her first poetry collection, Taste of Cherry, won the Prairie Schooner Book Prize in Poetry.
Praise and Reviews:
“The fluidity of the writing, the lift of the heart, the self-deprecating humor, and the aggregate of the understated losses add up to, in Kara Candito’s second collection, a kind of brilliance and readability all too rare. These new poems are alive with the personality and honesty of a young poet at the beginning of true art.”
—Stanley Plumly
“Spectator has a subversive heart: a series of poems about a Mexican and an American in love. These ravenous poems cross many emotional and aesthetic borders. They're surreal, tender, meta, political, impressionistic, and angry. Kara Candito has enlarged the contemporary love poem. This is vital and startling work.”
–Eduardo Corral
“Candito proves herself once again to be a surprising and sage voice, offering poems of candor and urgency.”
—Better View of the Moon (blog)