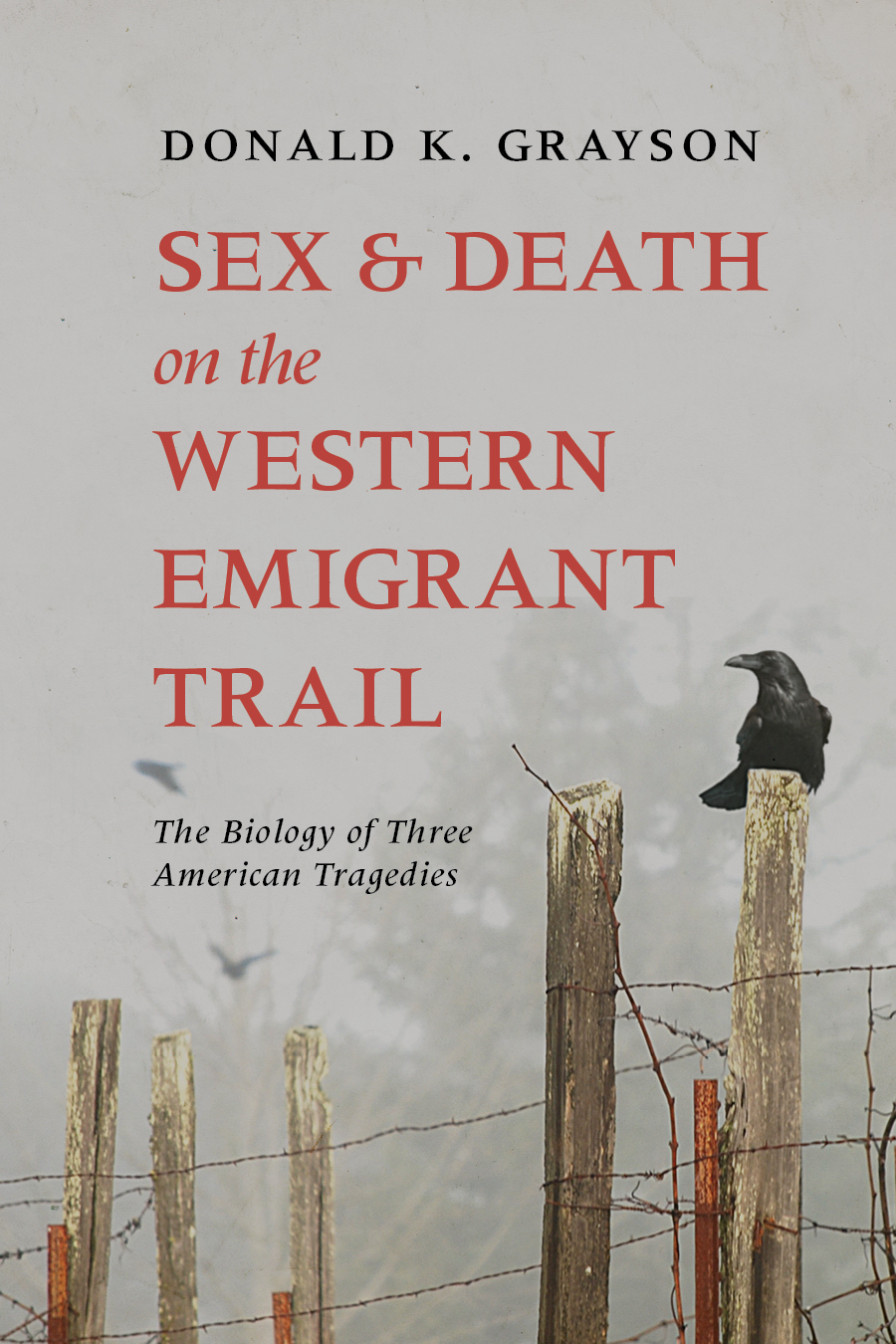 During the winter of 1846–1847, members of the Donner Party found themselves stuck in the snows of the Sierra Nevada on their journey to California, losing many in their group to severe cold and starvation. Those who survived did so by cannibalizing their dead comrades. Today the Donner Party may be the most famous of American overland emigrant groups, but it was not the only one to face extreme conditions. Ten years after the Donner Party, two groups sponsored by the Mormon Church, the Willie and Martin handcart companies ran into similar difficulties. Unlike the Donner Party, however, these people were following a well-traveled path, but they were doing it in a novel way—pushing and pulling their goods and children in handcarts some 1,300 miles from Iowa to Utah. Caught in early winter storms in Wyoming, 200 members of these two companies died along the trail.

The plights of these emigrant groups have been addressed by different historians in different ways; this book is the first to examine the tragedies in terms of biology. Grayson shows that who lived or died can largely be explained by age, sex, and family ties. His investigation reveals what happens when our cultural mechanisms for dealing with famine and extreme cold are reduced to only what our bodies can provide within structured social contexts. His results are surprising and not always intuitive as he investigates who survived in these life threatening situations.
Donald K. Grayson is a professor in the Department of Anthropology and the Quaternary Research Center at the University of Washington. His books include The Establishment of Human Antiquity; The Great Basin: A Natural Prehistory; and Giant Sloths and Sabertooth Cats: Extinct Mammals and the Archaeology of the Great Basin.
Table of Contents:
List of Illustrations
List of Tables
Acknowledgments
1.  An Introduction to Sex, Death, and Disaster
2. “A Great Lamentation about the Cold”:  A Brief History of the Donner Party Disaster
3. Predictions of Death
4. “A Curious Feature of the Disaster”
5. “The Heavens Weep”: The Willie Handcart Company
6. “Cruel beyond Language”: The Martin Handcart Company
7. Gendered Death?
Literature Cited
Index
Praise and Reviews:
“Noted anthropologist Donald K. Grayson writes with wit, confidence, and authority. His landmark study examines how men and women on the overland trail responded to disasters involving freezing and starvation. He asks the right questions—often ones no one has asked before.”
—Will Bagley, author of So Rugged and Mountainous: Blazing Trails to Oregon and California
“Recitation of mortality figures by age and sex is not typically gripping reading, but Grayson bridges that sterile ground with engaging background, data analysis, and interesting—sometimes compelling—inferences. His writing linking the similarities and points of difference between these survival cases makes for engaging reading.”
—Dennis H. O’Rourke, Foundation Distinguished Professor of Anthropology, University of Kansas
“For those who like a good ‘yarn’ (Don is a great story-teller) and interesting interpretations that involve numbers, this is the book for you. We could never conduct experiments on the ability of humans to tolerate extreme stress, but the three examples in this book provide natural experiments and an insightful look into how adaptable humans can be under the direst of circumstances.”
—Journal of California and Great Basin Archaeology
“Is human behavior fully predicable by biology and genetics? Some environmental historians have turned to just such a view in debates over the Anthropocene, but many historians still hesitate at the thought. Can human behavior exist on a plane above or separated from our biologically programmed ‘animal instincts’? Perhaps one of the most thought provocative results of Grayson’s study is that he confronts us with just such questions.”
—Western Historical Quarterly
“Without question, Grayson's book makes a significant contribution to our understanding of the overland emigrant experience in the American west and the context within which it took place. Historians of the American frontier and historical archaeologists will find it especially appealing. Future research on the history and archaeology of traveling emigrant parties should take this book into consideration.”
—American Antiquity
“Grayson brings a brisk storytelling style and a wry, even humorous sensibility to the tales of the Donner Party of 1846–47 and to the Martin and Willie handcart companies of 1856, in which more than 240 lost their lives.”
—Utah Life