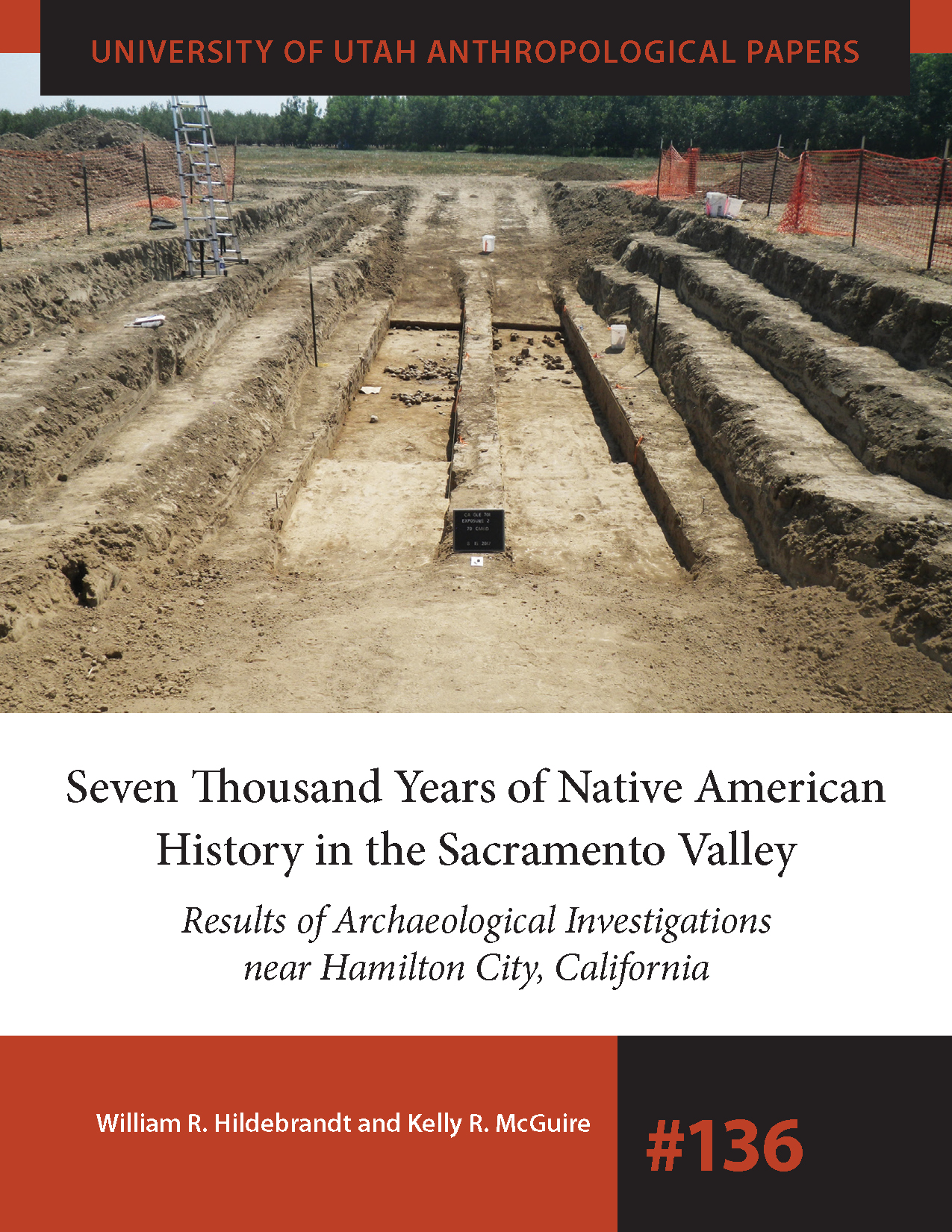 The Sacramento Valley of northern California is a rich, diverse environment that supported some of the densest populations of nonagricultural people in the world. Periodic flooding, however, has buried much of the valley’s deep cultural history under alluvium. This volume shares the discovery of four buried archaeological sites, including one dating to 7,000 years ago, filled with a diversified assemblage of artifacts and a rich assortment of food remains. Stone net sinkers and associated fish bones represent the oldest fishery ever documented in the interior of California, while such items as marine shell beads, exotic obsidian, and newly recovered charmstones in California provide evidence for long-distance trade networks. in California provide evidence for long-distance trade networks.

The other three sites date between 4000 and 300 years ago and reflect increasing human population density, technological innovation, and the rise of sedentism and territoriality. This historical sequence culminated in findings from a 400- to 300-year-old house complex probably occupied by the Mechoopda Indian Tribe, who collaborated with the authors throughout the project.
William R. Hildebrandt and Kelly R. McGuire are archaeologists at Far Western Anthropological Research Group, headquartered in Davis, California. They have published their findings from cultural resource management studies in academic journals, monographs, and books, and they also produce films, school curricula, and other educational materials for the public.
Praise and Reviews:“This book is hugely important. It is the first publication that provides a well-supported backstory for the emergence of the California acorn economy. It includes fish and botanical remains from well-dated, well-sampled occupations that indicate reliance on acorns and fishing as far back as 7,000 cal BP., pushing the roots of this remarkable way of life thousands of years earlier than previously thought.”
—Terry L. Jones, professor of anthropology, California Polytechnic State University

“This will stand as important regional literature. The discovery of extremely ancient archaeological deposits in the Sacramento Valley, where old surfaces and sites are generally buried beneath thick alluvium, is of itself important. The study also reports on robust faunal and botanical assemblages that are largely lacking from this area.”
—Mark E. Basgall, professor emeritus, Department of Anthropology, California