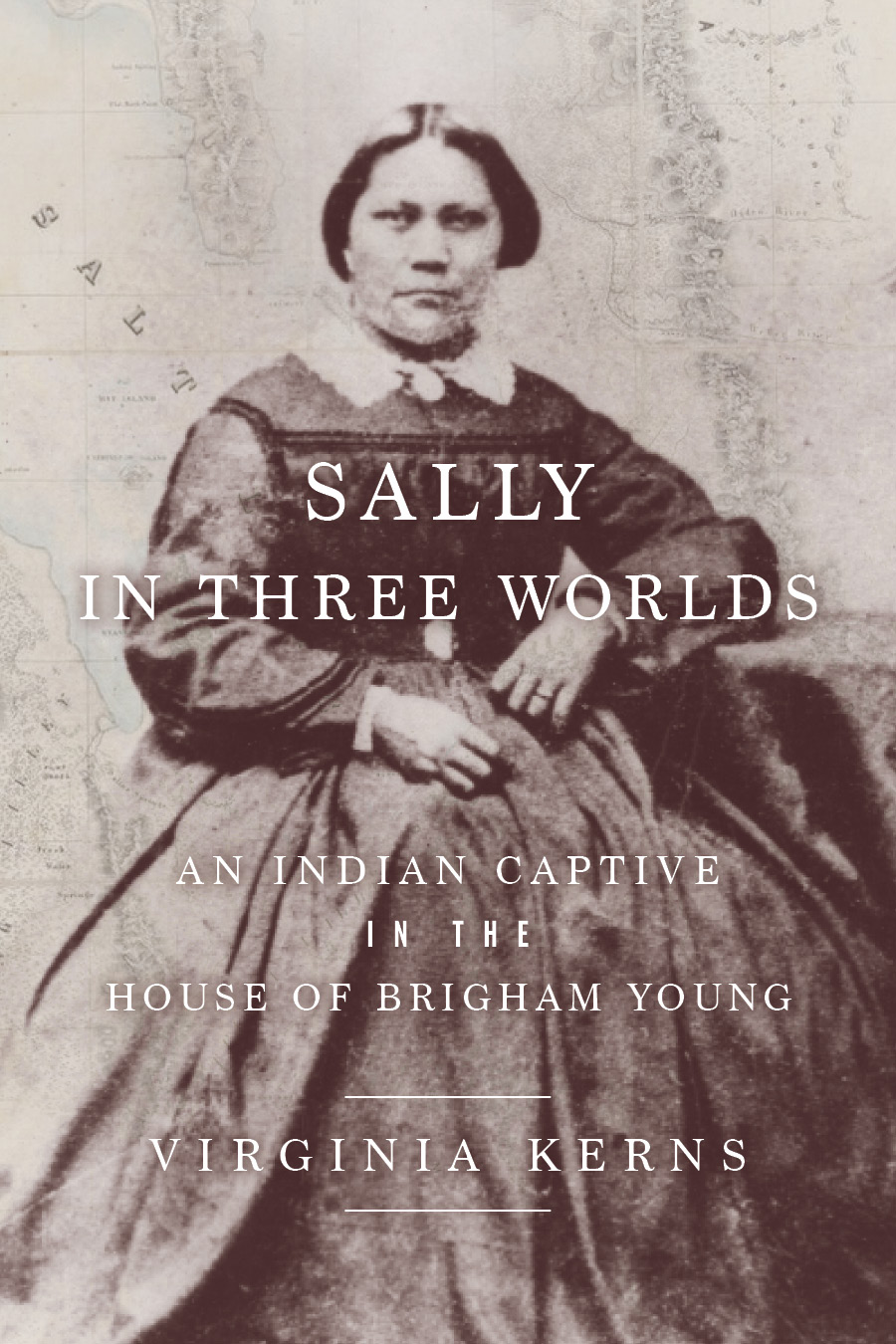 In this remarkable and deeply felt book, Virginia Kerns uncovers the singular and forgotten life of a young Indian woman who was captured in 1847 in what was then Mexican territory. Sold to a settler, a son-in-law of Brigham Young, the woman spent the next thirty years as a servant to Young’s family. Sally, as they called her, lived in the shadows, largely unseen. She was later remembered as a “wild” woman made “tame” who happily shed her past to enter a new and better life in civilization.

Drawing from a broad range of primary sources, Kerns retrieves Sally from obscurity and reconstructs her complex life before, during, and after captivity. This true story from the American past resonates deeply in the current moment, attentive as it is to killing epidemics and racial injustices. In telling Sally’s story, Kerns presents a new narrative of the American West.

Virginia Kerns is a writer, teacher, and professor emerita of anthropology at the College of William & Mary in Virginia. She is the author of three previous books, including the award-winning Scenes from the High Desert: Julian Steward’s Life and Theory.Table of Contents:Introduction: Finding the Words
Part I. Mountains and Sky
1. The Trade
2. The Native Wild
3. Forts
Part II. The Heart of Civilization
4. The City
5. Plagues
6. The Mansions
7. The Kitchen
8. Resistance
9. Reports
Part III. Exiles
10. The Civilizing Mission
11. The Village
12. The Telling
Acknowledgments
Appendix: Sally and the House of Brigham Young
Notes
Bibliography
Index
Praise and Reviews:

“A remarkable glimpse of an important time in Utah history from an unusual and undervalued perspective.”
—James F. O’Connell, Distinguished Professor Emeritus, Department of Anthropology, University of Utah

“Like so many indigenous women, Sally never had the opportunity to tell her own story. Virginia Kerns meticulously pieced together Sally’s fascinating and engaging story from countless primary sources and gives voice to a nearly forgotten life. This book explores Mormon Utah and the dramatic dislocations and hardships of nineteenth-century American colonization of the West from a new perspective.”
—Kelley Hays-Gilpin, professor, Northern Arizona University, and Edward Bridge Danson Chair of Anthropology at the Museum of Northern Arizona

“Captivity narratives usually focus on how white women were captured by Indians. Virginia Kerns turns this narrative on its head and conveys how a Pahvant Ute woman was enslaved in a Mormon community and compelled to spend her life away from her natal community. Superbly contextualized in the history of Utah, Kerns demonstrates how Mormon social, economic, and political life affected the life of a truly fascinating woman.”
—Nancy J. Parezo, professor emerita, American Indian Studies, University of Arizona