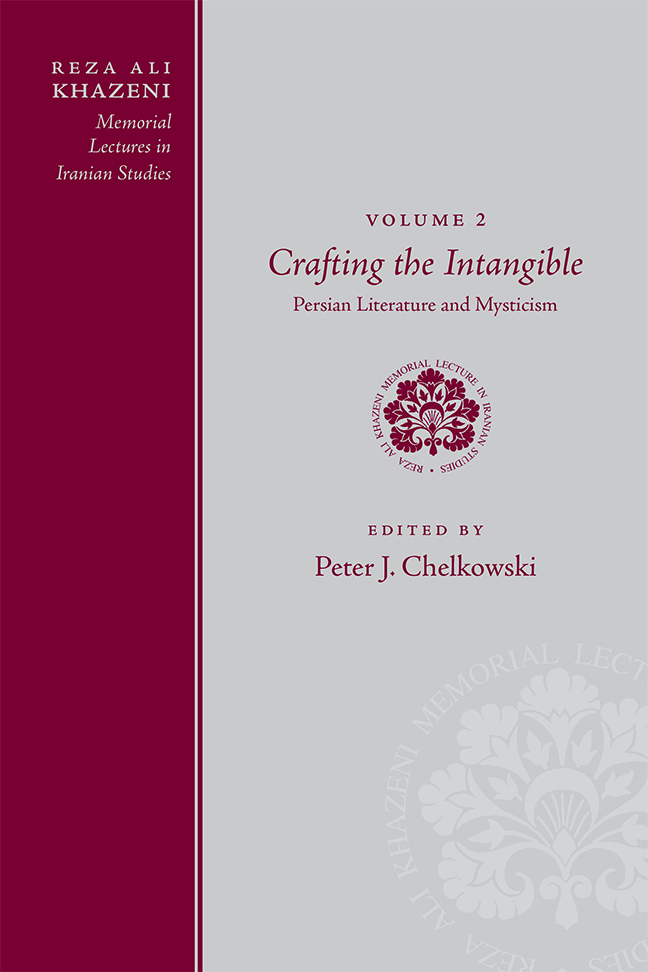 The Reza Ali Khazeni Lecture Series in Iranian Studies at the University of Utah began in 1995. Sponsored by the Reza Ali Khazeni Memorial Foundation, the Middle East Center, and the College of Humanities at the University of Utah, the lectures cover various aspects of Persian culture. This second volume in a multivolume series includes lectures that explore Iran’s cultural and artistic achievements and help to create greater understanding of Iranian contributions to world civilization.

Beginning with the earliest origins of the Persian state and culture, these lectures, primarily focusing on Persian literature and mysticism, cover 2,500 years of a glorious way of life. Poetry is part of the fabric of Iranian life, appreciated by all members of society regardless of educational background or social milieu. It is also the primary form in which Persian mysticism is expressed. Great poets such as Hafez, Sadi, and Rumi are guiding beacons for millions of Iranians. Over the millennia, more religions have sprung up in Iran than in any other country. Many have faded away, but the mystical vision has been constant in all of them and has been a persistent influence on Persian literature and culture for centuries.
Peter J. Chelkowski is a professor of Middle Eastern and Islamic Studies at New York University. He is the author of Ideology and Power in the Middle East; Ta’ziyah: Ritual and Drama in Iran; and Mirror of the Invisible World: Tales from the Khamseh of Nizami.
Table of Contents:
Preface
Introduction, J. T. P. De Bruijn
1. The Mystical Master Narrative in Persian Literature, Ahmad Karimi-Hakkak
2. Death as the Gateway to Life in the Eyes of the Sufis, Annemarie Schimmel
3. The Evolutionary Psychology of Jalai al-Din Rumi, William C. Chittick
4. Poetry in Ruins: Two Classical Traditions Encounter the Exotic, William Hanaway
5. Dramatic Buildup in Nezam I’s Khosrow and Shirin, Peter Chelkowski
Suggestions for Further Reading