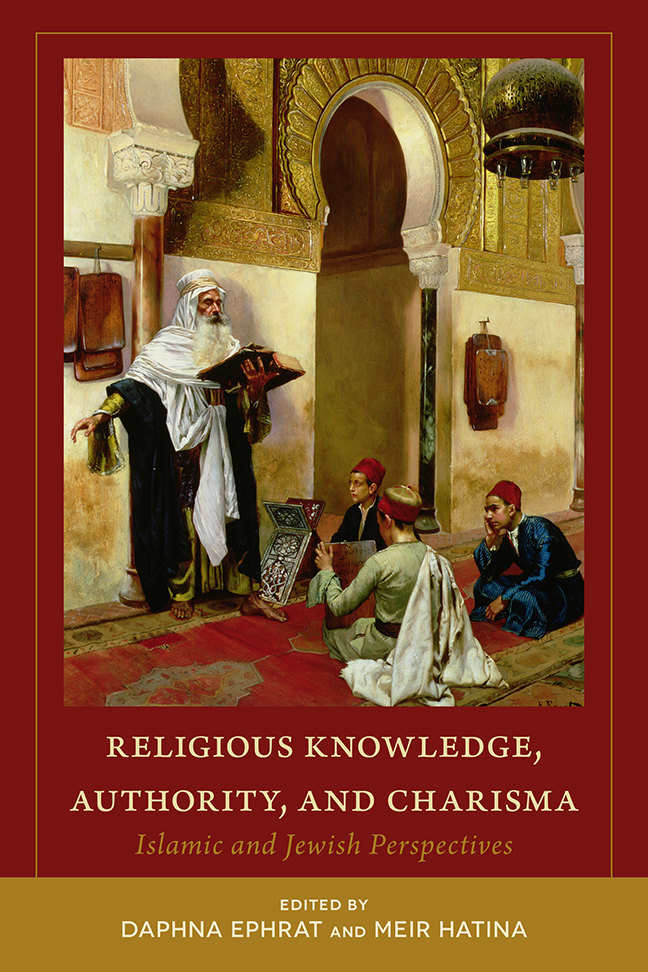 The issue of religious authority has long fascinated and ignited scholars across a range of disciplines: history, anthropology, the sociology of religion, and political science. Religious Knowledge, Authority, and Charisma juxtaposes religious leadership in premodern and modern Islam with examples from the Judaic tradition. By illustrating various iterations of authority in numerous historical and cultural contexts, this volume offers fresh insights into the nature of institutions of learning and other systems of establishing and disseminating authority, the mechanisms for cultivating committed adherents, and the processes by which religious leadership is polarized and fragmented.
Contributors tease out the sources and types of authority that emerged out of the Sunni and Shi'i milieu and the evolution of Muslim elites who served as formulators and disseminators of knowledge and practice. Comparative insights are provided by the examination of ideological and historical developments among Jewish sages who inculcated similar modes of authority from within their traditions. The rigorous exploration of the dynamic interface of knowledge and power in Islam and Judaism serves to highlight a number of present tensions common to both religions. By intertwining a historical span that traces trajectories of continuity and change, integrative discussion of cross-sectional themes, and comparative perspectives, this volume makes a distinct contribution.
Daphna Ephrat is associate professor of Islamic history in the Department of History, Philosophy, and Jewish Studies at the Open University of Israel. She is the author of A Learned Society in a Period of Transition and Spiritual Wayfarers, Leaders in Piety, and coauthor of the Israeli Open University series Introduction to Islam.
Meir Hatina is associate professor in the Department of Islamic and Middle Eastern Studies and director of the Levtzion Center for Islamic Studies at the Hebrew University of Jerusalem. He is the author of 'Ulama', Politics and the Public Sphere (The University of Utah Press, 2010), editor of Guardians of Faith in Modern Times, and coeditor of The Muslim Brethern: A Religious Vision in a Changing Reality.
Table of Contents:
A Note on Translation, Dates and Periodization
Foreword by Dale F. Eickelman
Acknowledgments

Part I/Constructions of Religious Leadership in the Formative Period
Overview by Maribel Fierro
1. Authority within the Hanbali Madhhab: The Case of Barbahari, Nimrod Hurvitz
2. Restoring the Prophet's Authority, Rejecting Taqlid: Ibn Hazm's "Epistle to the One who Shouts from Afar", Camilla Adang
3. Succession to the Prophets: Shi'i theological and Practical Solutions, Ehud Krinis
4. Oral Torah: Ideology and History in the Epistle of Sherira Gaon, Gerald J. Blidstein

Part II/Centralization and Diffusion of Authority in the Middle Period.
Overview by Jonathan P. Berkey
5. Spiritual Heirs of the Prophet: Sufi Masters in a Period of Sunni Revitalization, Daphna Ephrat
6. 'Ulama' of Damascus and Ottoman 'Ulama': Career Patterns and Types of Authority, Michael Winter
7. Books, Commentators and the Democratization of Knowledge in the Geonic Period, Meir Ben-Shahar

Part III/Knowledge and Leadership: Modern Constructions
Overview by Itzchak Weismann
8. The Rise of a Charismatic Mujahid: The Salafi-Jihadi Quest for Authority. Eli Alshech
9. Martyrs as Preachers: Altruistic Death and Moral Authority, Meir Hatina
10. The New Media and Islamic Activism: the Case of 'Amr Khalid. Ksenia Svetlova
11. Charisma and Politics in the Evolution of Modern Shi'i Leadership, Meir Litvak
12. In Search of Religious Authority: The International Union of Religious Scholars
Appendix A: The IUMS Statement on Niqab and the Islamic and Jewish Method of Slaughter
Appendix B: The IUMS Statement Concerning the Events in Syria
Muhammad al-Atawneh
13. "Maggid" or "Prediger"? Knowledge and Religious Leadership within Eastern-European Jewry at the Beginning of the Modern Era, Haim Gertner
14. Religious Career Opportunities of a Lay Preacher: Folk Preaching in the Haredi Teshuva Movement, Nissim Leon
List of Contributors
Index

Praise and Reviews:
“Makes a significant contribution to scholarship across several disciplines, including Islamic studies and Jewish studies, of course, but also history, anthropology, the sociology of religion, and political science.”—Patrick D. Gaffney, University of Notre Dame

“A rich, innovative collection. It encompasses almost all centuries of Islamic history and many different regions, Sunnite and Shi’ite traditions, and introduces challenging comparisons with Judaism. A significant contribution.”—Uri M. Kupferschmidt, University of Haifa (Israel)

“Offers exceptional insight to the historical development of knowledge and power within the religions of the Middle East.”—Association of Mormon Letters