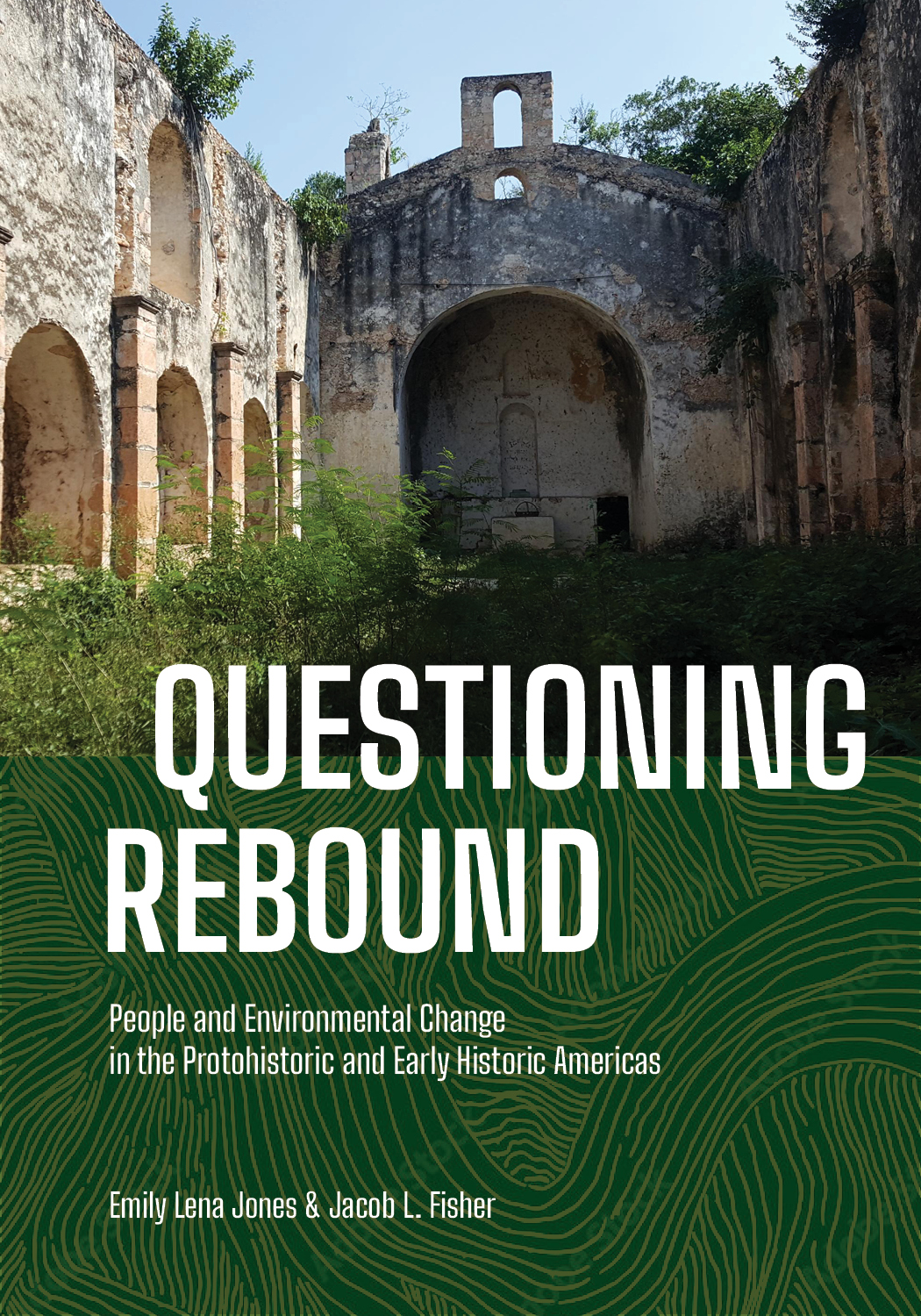 The record of human impact on world environments is undeniable; scholarship has shown that the ecosystems we live in today are structured by human behavior. Equally undeniable is the fact that events such as war, disaster, disease, or economic decay have, at various times throughout history, led to the human abandonment of particular environments. What happens to a human-structured environment when the way people use it suddenly changes? In Questioning Rebound, authors Emily Lena Jones and Jacob L. Fisher explore the archaeological record of a time when the human footprint on the land abruptly shifted: the period immediately following European contact in the Americas. During this time of disease-driven mortality, genocide, incarceration, and forced labor of Indigenous peoples, American landscapes changed in fundamental ways, producing short-lived ecosystems that later became the basis of myths about the American environments.

Emily Lena Jones is associate professor of anthropology and faculty associate of the Latin American and Iberian Institute and Center for Stable Isotopes at the University of New Mexico. She is the author of In Search of the Broad Spectrum Revolution in Paleolithic Southwest Europe. She studies past human-environment interactions through the lens of archaeological animal remains, with a particular interest in the connections between humans, non-human animals, and environmental change.

Jacob L. Fisher is professor of anthropology and director of the Archaeological Curation Facility at California State University, Sacramento. His interests primarily lie in the role animal resources played in foraging-based societies with secondary research goals in conservation paleobiology and historical ecology.

“Questioning Rebound considers the environmental implications of rebound through an excellent assortment of case studies and reviews from various regions across the Americas. This book makes an important contribution to the field and relates well to other scholarship regarding Americanist archaeology as a whole."
—Suzanne E. Pilaar Birch, University of Georgia