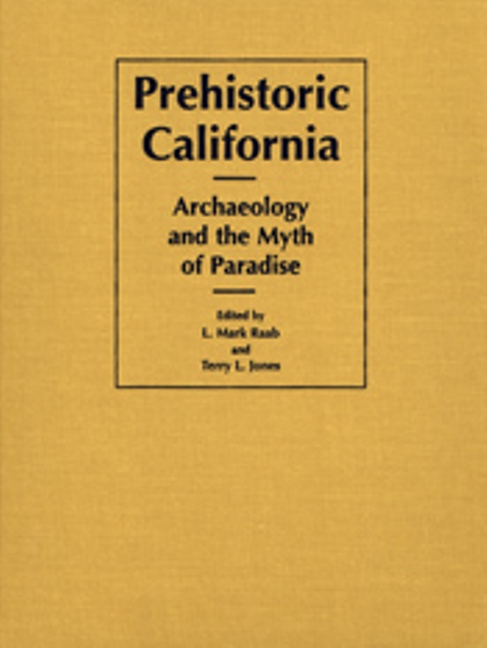 In this anthology, Mark Raab and Terry Jones present a series of research articles that dispel lingering mythologies about California’s prehistory. They begin with the most enduring notion—that of an essentially stable, benign climate—presenting evidence that prehistoric climate flux played a significant role in culture change. From there, Raab and Jones seek to dispel the myth of California as a natural cornucopia. They show that prehistoric foragers themselves had the capacity to negatively affect their animal food supplies, and that what is often considered the premier vegetal food, the acorn, appeared much later than many suppose in the diets of native peoples.

This collection effectively summarizes the major debates surrounding California archaeology and provides a solid basis for a new, more nuanced view of the state’s prehistory.

L. Mark Raab is professor of anthropology and director of the Center for Public Archaeology at California State University, Northridge.

III. One If By Land, Two If By Sea
8. Anatomically Modern Humans, Maritime Voyaging, and the Pleistocene Colonization of the Americas ~ Jon M. Erlandson
9. The Cross Creek Site and its Implications for New World Colonization ~ Terry L. Jones, et al.

VII. The Fall of the Acorn Curtain
15. The Future of California Prehistory ~ Terry L. Jones and L. Mark Raab

"Long overdue...an excellent overview of the technical literature since the late 1980s, placing major papers read by every student within the covers of a single volume."—Brian Fagan, UC, Santa Barbara