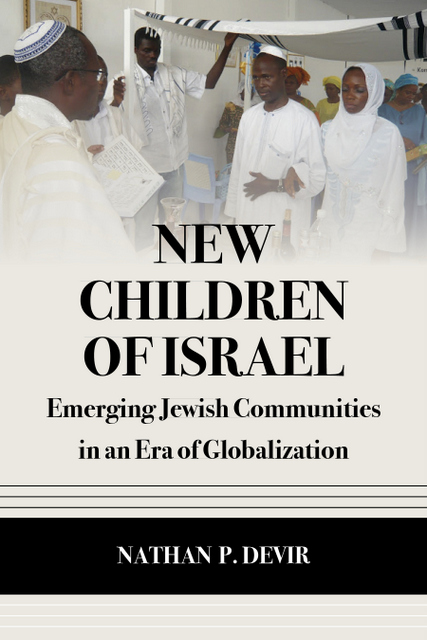 In the last century, the tragic events of the Holocaust and the subsequent founding of the state of Israel brought about tremendous changes for Jewish communities all over the world. This book explores what may be the next watershed moment for the Jews: the inclusion of millions of people from developing nations who self-define as Jewish but who have no historical ties with established centers of Jewish life. These emerging groups are expanding notions of what it means to be Jewish.

This comparative ethnographic study, the first of its kind, presents in-depth analyses of the backgrounds, motivations, and sociohistorical contexts of emerging Jewish communities in Cameroon, Ghana, India, and other postcolonial locales. It investigates the ramifications of these new movements for the larger Judeo-Christian world, particularly with regard to issues of multiculturalism, immigration, race relations, and messianic expectations concerning the prophecy of Isaiah 11:12, according to which God will “assemble the dispersed of Israel, and gather together the scattered of Judah from the four corners of the earth.”
Nathan P. Devir is assistant professor of Jewish Studies at the University of Utah, where he also serves as director of the Middle East Center and the Religious Studies Program.
Praise and Reviews:
“This is a brilliant work of scholarship. There is barely a page which fails to provide some insight into the Jewish condition. This work is simply exceptional in terms of its methodological sure-footedness, the clarity of the writing, and the analysis of an extremely important phenomenon that affects the lives of millions of people and will have the potential to change the lives of many more.”
—Tudor Parfitt, author of Black Jews in Africa and the Americas
“Nathan P. Devir’s work is truly on the cutting edge of scholarship in Jewish and religious studies. The book promises to be a game changer in the way questions of identity (religious, ethnic, cultural, linguistic) are treated both inside and outside of Jewish studies.”
—William F. S. Miles, author of Afro-Jewish Encounters from Timbuktu to the Indian Ocean and Beyond
“Devir’s work encourages introspection as to what in fact comprises—or should or can possibly comprise—Jewish identity. The discussion of emergent Jewish groups offers remarkable windows into religious communal formation and raises sharp questions related to diverse fields.”
—Adam Rovner, author of In the Shadow of Zion: Promised Lands Before Israel
“This lucidly written, superbly researched, and occasionally witty work makes a major contribution to understanding an understudied Jewish population. Highly recommended.”—CHOICE magazine
“Devir’s well-written book does not judge, but presents facts and balanced views instead. New Children of Israel is an important and original contribution to the Jewish Studies scholarship as well as to the study of the phenomenon of growing globalized religious movements largely due to the Internet.”
—African Studies Review