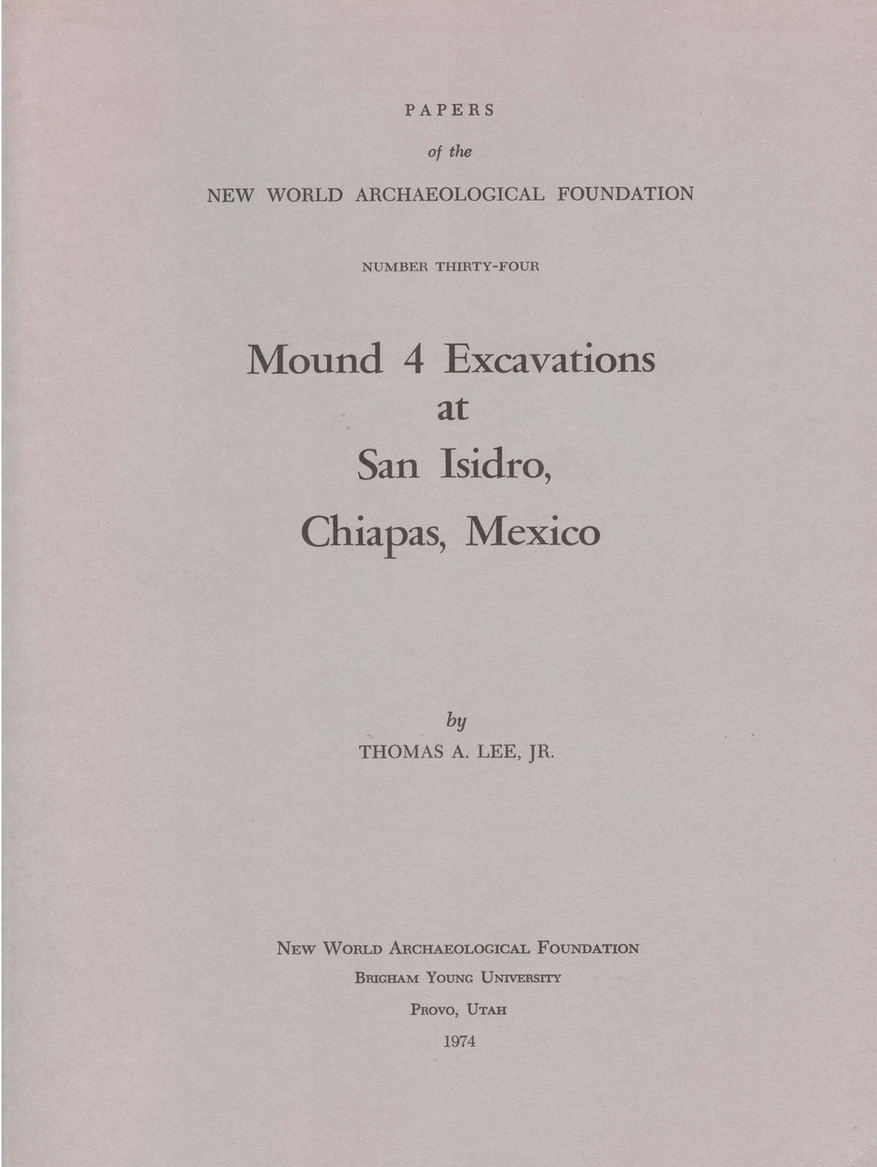 Investigations at San Isidro were part of the joint Instituto Nacional de Antropología e Historia and NWAF salvage project along the Grijalva and upper Negro Rivers in the mid-1960s during construction of the Malpaso Dam. Mound 4 at San Isidro was a large, stone-strewn, earth-filled structure over 13 m high, which was formed by a series of superimposed platforms dating from 400 BC to after AD 800. An extraordinary number of burials and caches were recovered.