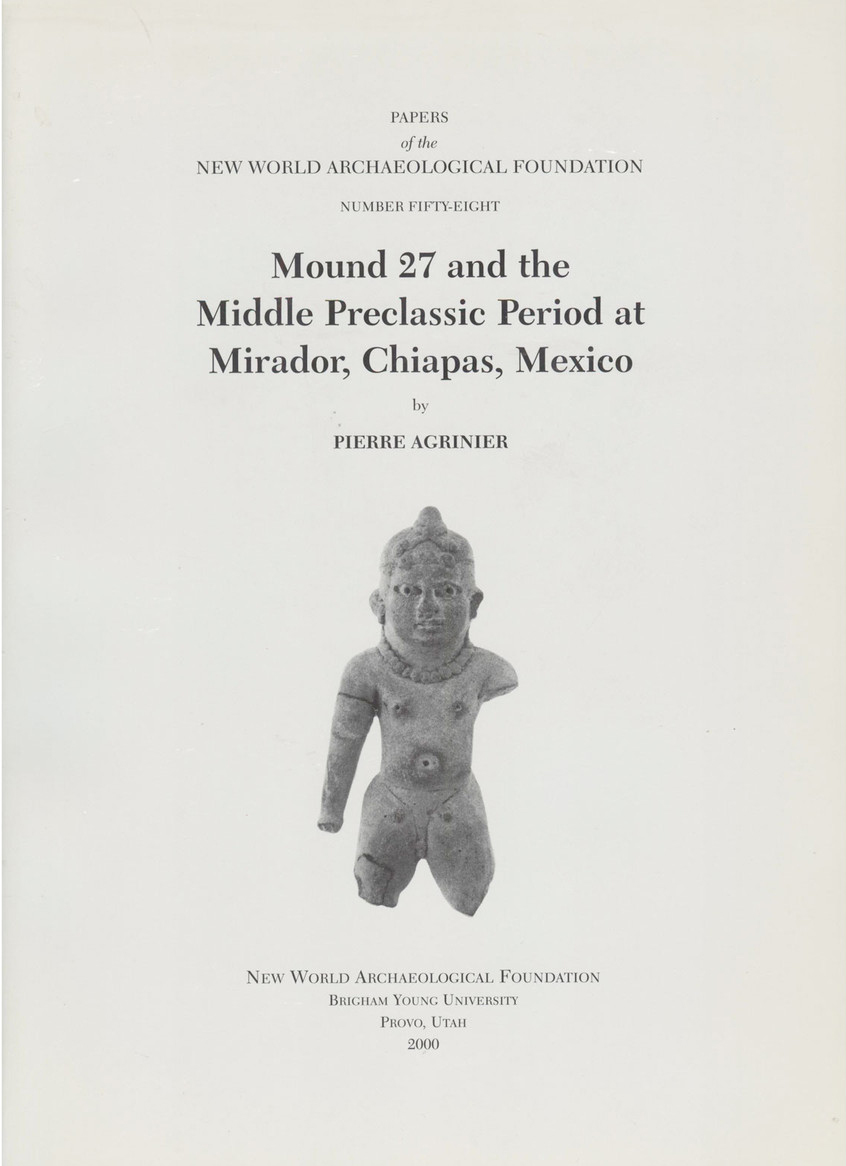 Mirador is a key site located in the western Central Depression of Chiapas, and this report focuses on excavations at Mound 27, which revealed a series platforms constructed in the Middle Preclassic period. Artifactual material was analyzed, including a large sample of figurines. Also included is an appendix on an Early Preclassic ceramic complex from excavations at the nearby site of Mirarmar.