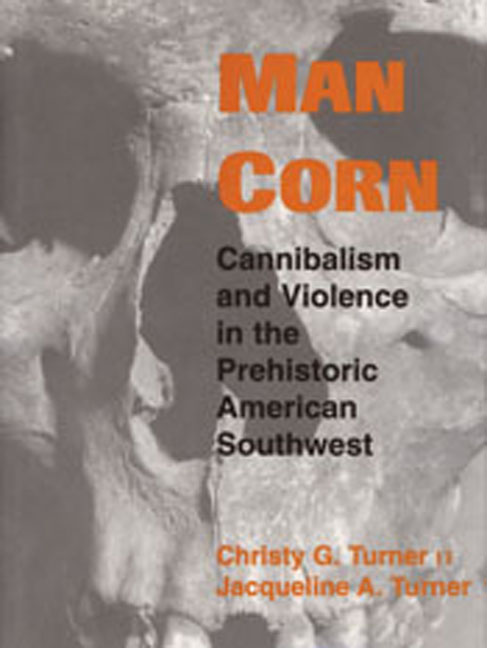 “The Turners make their case convincingly and methodically, but not at the cost of producing an interesting and thought-provoking book. The renegade anthropologists have advanced a theory that has breathed life into a moribund debate, while producing a book absolutely worth reading even for those outside the field.”—San Francisco Bay Guardian

“A fascinating theoretical glimpse into the collapse of a great civilization.”—Los Angeles Times

“Sure to be one of the most controversial books on Southwestern archaeology of our generation.”—American Archaeology

“A remarkable achievement, a joy to read, and a sobering learning experience. This book is one of the few that truly belong on the shelf of every Southwestern archaeologist.”—Kiva

“The first detailed account of cannibalism and violence on a regional scale in the prehistoric American Southwest, especially in the Chaco Canyon area. It’s a shocker.”—High Country News

“A major contribution to understanding taphonomic signatures of human violence and cannibalism and to Southwestern prehistory. Debates over interpretation aside, the Turners’ legacy of objective reporting of the evidence will endure.”—Journal of Anthropological Research