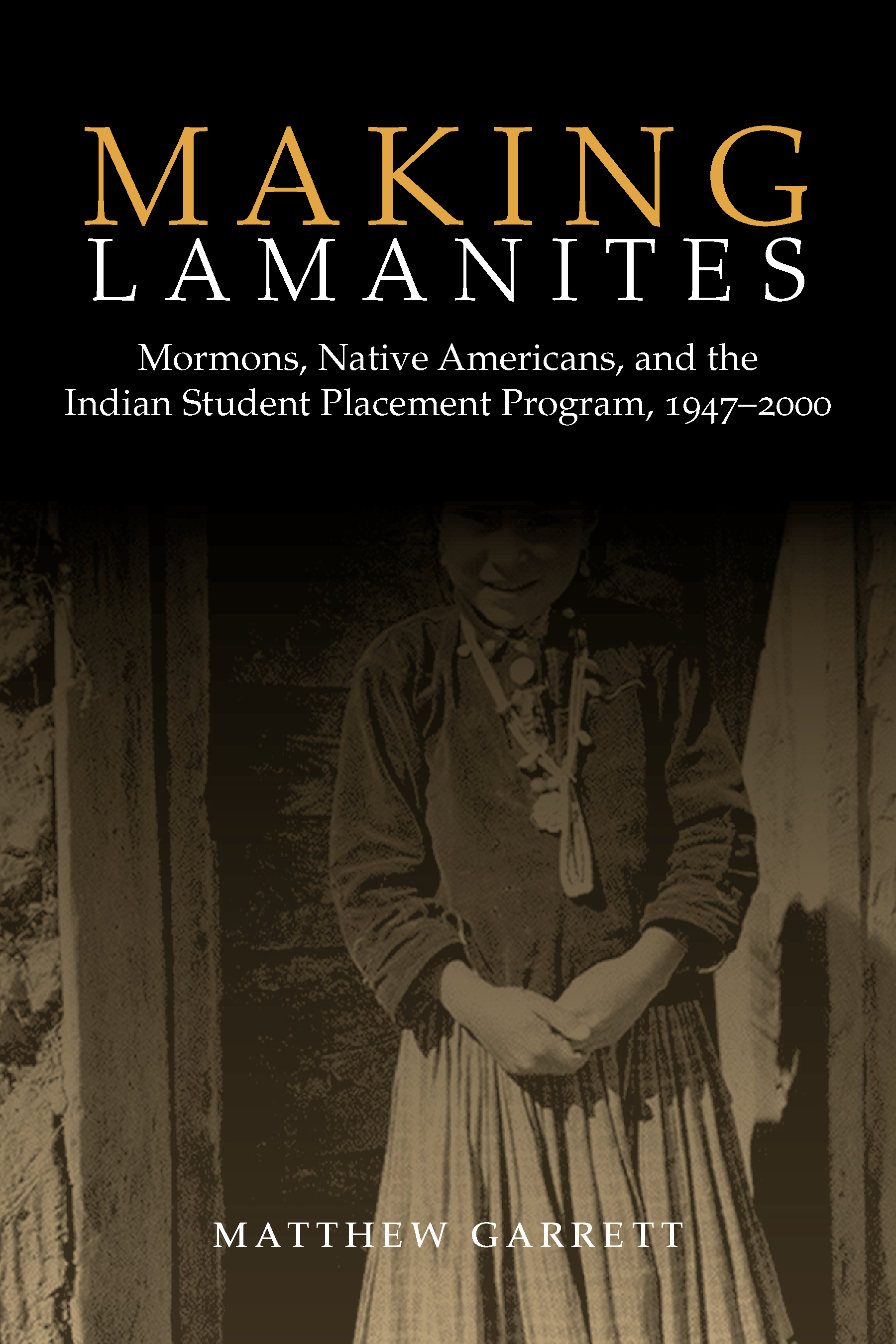 Winner of the Juanita Brooks Prize in Mormon Studies

From 1947 to 2000, some 50,000 Native American children left the reservations to live with Mormon foster families. While some dropped out of the Indian Student Placement Program (ISPP), for others the months spent living with LDS families often proved more penetrating than expected.
The ISPP emerged in the mid-twentieth century, championed by Apostle Spencer W. Kimball, aligned with the then national preferences to terminate tribal entities and assimilate indigenous people. But as the paradigm shifted to self-determination, critics labeled the program as crudely assimilationist. Some ISPP students like Navajo George P. Lee fiercely defended the LDS Church before native peers and Congress, contending that it empowered Native people and instilled the true Indian identity; meanwhile Red Power activists organized protests in Salt Lake City, denouncing LDS colonization. As a new generation of church leaders quietly undercut the Indian programs, many of its former participants felt a sense of confusion and abandonment as Mormon distinctions for Native people faded in the late twentieth century.
Making Lamanites traces this student experience within contested cultural and institutional landscapes to reveal how and why many of these Native youth adopted a new notion of Indianness.

Winner of the Francis Armstrong Madsen Best Book Award from the Utah Division of State History.

Matthew Garrett is professor of history at Bakersfield College, where he also works in the college archives. He is an editor for the college’s Roughneck Review and recently joined the editorial board of the Journal of Mormon History.

Table of Contents:
List of Tables
Acknowledgments
A Note on Terminology

1. Introduction
2. Reimagining Israel: The Emergence of Mormon Indian Theology and Policy in the Nineteenth Century
3. Turning to Placement: The Navajo Nation, Helen John, and the Pursuit of Education, 1880s–1940s
4. The Institutional Rise of the Indian Student Placement Program, 1947–1972
5. The Placement Experience: Entering Mormon Homes and Communities
6. The Placement Experience: Becoming a Lamanite
7. Rival Ideologies and Rival Indians: Self-Determination in the 1960s and 1970s
8. Decline of the Placement Program, 1972–2000
9. Conclusion

“Using historical themes of colonization, assimilation, and identity, Matthew Garrett presents an extraordinary revelation of indigenous resilience among 50,000 native students during the second half of the twentieth century. He argues convincingly for the survival of Indian identity as youth, becoming Lamanites, spent the formative years of their lives in the Indian Student Placement Program. This brilliant exposé advances our understanding of Indian-white relations, and it is truly an award-winning book!”
—Donald L. Fixico (Shawnee, Sac & Fox, Mvskoke Creek and Seminole), Distinguished Foundation Professor of History, Arizona State University

“An outstanding contribution.”
—Laurie Maffly-Kipp, Archer Alexander Distinguished Professor of Religion and Politics, Washington University
“An impressive volume with extensive footnotes, a comprehensive and up-to-date bibliography, and a valuable index. It contains an in-depth discussion, analysis, and detailed history of a program that included fifty thousand students and became something of a household topic for several earlier decades.” —The Journal of Arizona History
“Matthew Garrett’s Making Lamanites is the most complete study of the fraught relationship between Mormons and Native Americans during the twentieth century. It also contributes to postcolonial scholarship that locates colonial subjects in the fields of their own imaginations—and not just those of the colonizers who exploited and/or transformed their labor, bodies, and souls.”—The Journal of American History