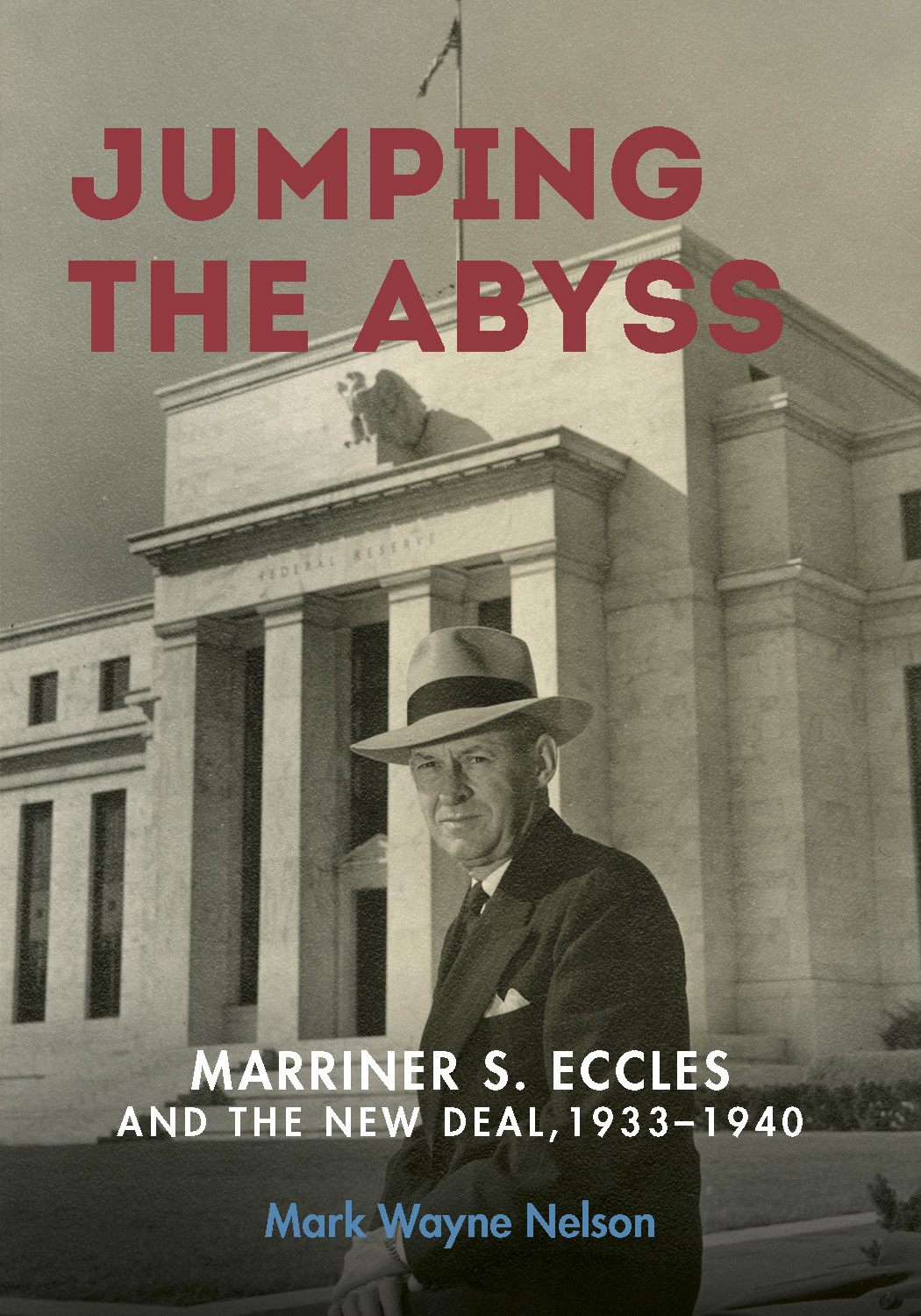 Mark Wayne Nelson details the efforts of one of America’s most underappreciated public servants. In 1934, Franklin D. Roosevelt invited Marriner S. Eccles, a Mormon from Utah, to join his administration. As a Republican businessman, Eccles seemed an unlikely candidate for the role of leading crusader for a fairer and more economically sound distribution of the nation’s wealth. From his first position in the Treasury Department, though, he emerged as the central mover in revolutionizing the mortgage structure of the private home market in the United States.

After FDR appointed him to head the Federal Reserve, Eccles drafted legislation that restructured that institution as well. Throughout the remainder of the New Deal, he was the most powerful advocate of what came to be called “Keynesian Policy,” which involved direct federal stimulus of the economy. Presenting the first comprehensive and independent analysis of Eccles’s influential career, Jumping the Abyss wrestles with economic issues that remain relevant today.

Mark Wayne Nelson has a PhD in history from Claremont Graduate University. His work has been published by the University of California Press, the Los Angeles Times, and the Huffington Post. He currently lives in Greenville, South Carolina, with his wife and son.

Table of Contents:
Acknowledgments
Introduction
1. Balance the Budgets of the World
2. To Set the World Aright
3. The Established Rules of Decency
4. Salvaging the Human Element in All of Us
5. A Man in the Treasury
6. A Real Central Bank
7. Our Best Gun
8. The New Deal Recession
9. A Drop at a Time
Afterword
Notes
Bibliography
Index
Praise and Reviews:

"Mark Wayne Nelson's Jumping the Abyss is an extremely important addition to our understanding of the New Deal era. The amount of cutting-edge research Nelson undertook is deeply impressive. And he writes with verve and insight. Highly recommended!"
—Douglas Brinkley is Professor of History at Rice University and author of Rightful Heritage: Franklin D. Roosevelt and the Land of America

“Sheds new light on the politics and economics of the New Deal. A valuable and original contribution.”
—Alexander J. Field, author of A Great Leap Forward: 1930s Depression and U.S. Economic Growth

“Nelson’s portrait of Marriner Eccles is terrific in its own right—compelling, colorful, and full of new detail about a monumental figure—and it sheds light not only on the Depression and New Deal but on the economically fraught times in which we now live.”
—Rick Wartzman, the author of The End of Loyalty: The Rise and Fall of Good Jobs in America