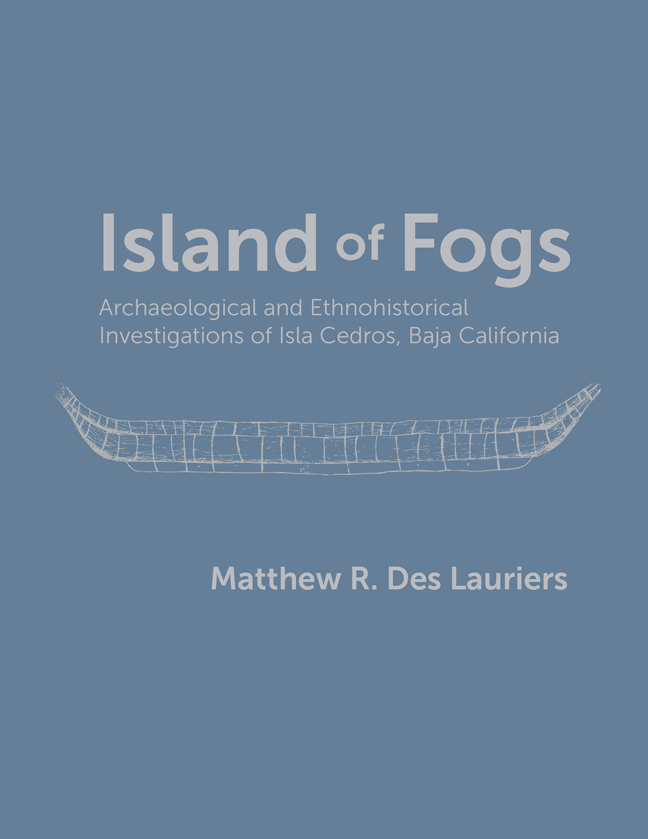 Located off the west coast of the Mexican state of Baja California, Isla Cedros—Island of Fogs—is site to some of the most extensive and remarkable archeological discoveries on the continent. Two sites dated to before 12,000 cal BP have been excavated, as well as portions of two large village sites dated to the last one thousand years. Among the artifacts discovered are the earliest fishhooks found on the continent.

Drawing on ten years of his own historical, ethnographic, and archaeological research, Matthew Des Lauriers uses Isla Cedros to form hypotheses regarding the ecological, economic, and social nature of island societies. Des Lauriers uses a comparative framework in order to examine both the development and evolution of social structures among Pacific coast maritime hunter-gatherers as well as to track patterns of change.

Because it examines the issue of whether human populations can intensively harvest natural resources without causing ecological collapse, Island of Fogs provides a relevant historical counterpart to modern discussions of ecological change and alternative models for sustainable development.

Winner of the Society for American Archaeology Book Award.

"I have followed Des Lauriers’ research with great interest over the last several years as he made remarkable find after find on the important, but very poorly understood, desert island.”—Torben Rick, Smithsonian Institution

"In what will hopefully be his first of many contributions to Baja California studies, Des Lauriers's Islands of Fogs greatly advances our understanding of the archaeology of Cedros Island, dispels inaccurate preconceptions about the Baja California peninsula, and in the process, contributes significant knowledge about the maritime prehistory of the New World. Arguably one of the most important studies from the region."—California Archaeology