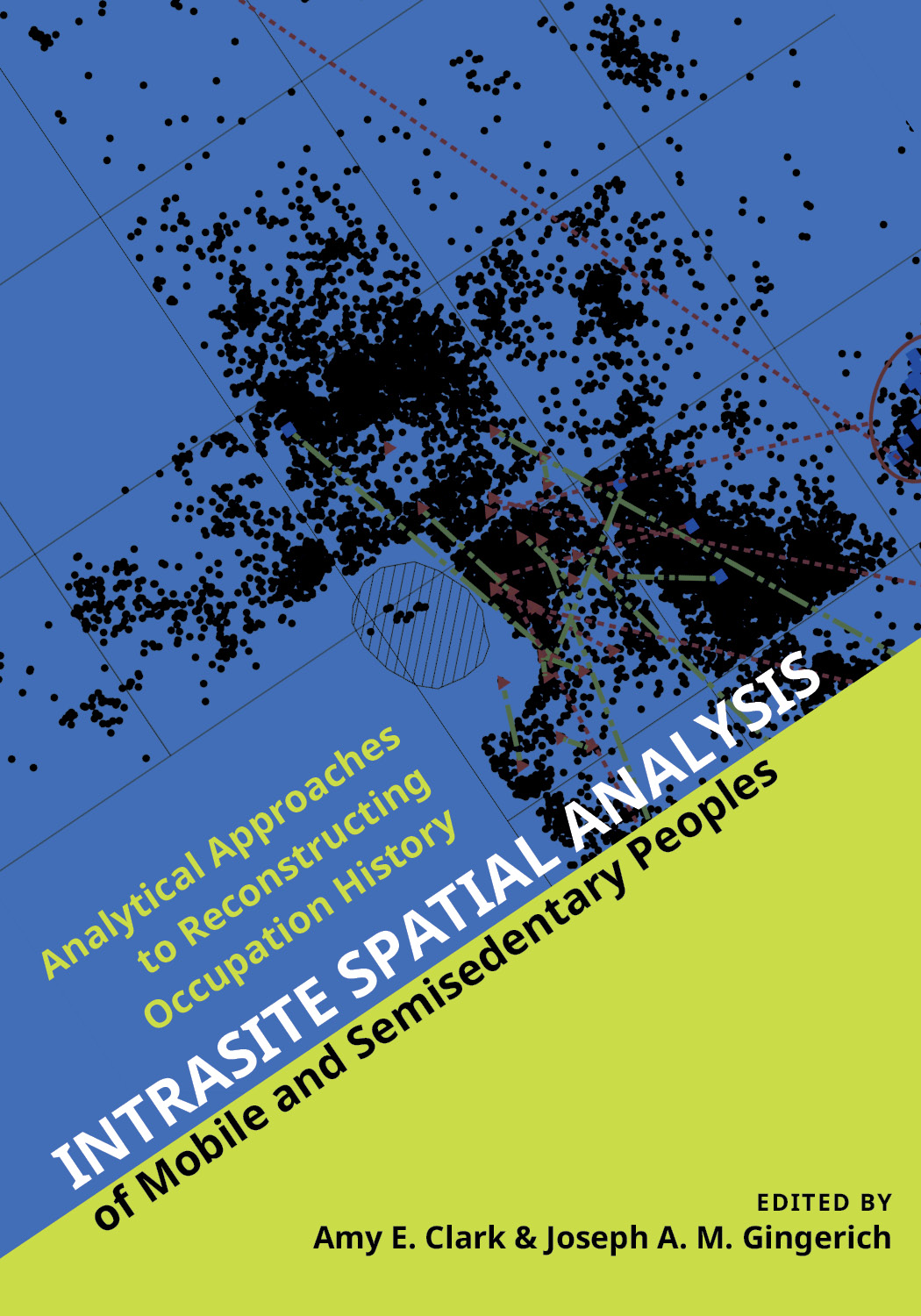 Describing the nature and meaning of artifact spatial patterning can be highly subjective, yet many patterns can be quantified to create general models that are comparable across time periods and geographic space. The authors employ various techniques in this endeavor, including large sample sizes, model-driven analyses of the ethnographic record, bone and lithic refitting, and a careful consideration of artifact attributes that elucidate spatial patterning. Such detailed analyses allow archaeologists to better interpret site formation processes and address large-scale anthropological questions.

This volume includes studies that span archaeological and ethnographic contexts, from highly mobile Paleoindian foragers to semi-sedentary preagriculturalists of the Epipaleolithic and modern pastoralists in Mongolia. The authors hold that commonalities in human behavior lead to similar patterns in the organization and maintenance of space by people. They present a series of ideas and approaches to make it easier to recognize universals in human behaviors, which allow archaeologists to better compare intrasite spatial patterns. The book creates a baseline for new intrasite spatial analyses in the twenty-first century.

Amy E. Clark is a college fellow and lecturer at Harvard University specializing in human behavioral evolution. Her work has been published in Evolutionary Anthropology, Current Anthropology, Journal of Archaeological Method and Theory, Journal of Anthropological Archaeology, and Proceedings of the National Academy of Science.

Joseph A. M. Gingerich is associate professor of anthropology at Ohio University and a research associate at the Smithsonian’s National Museum of Natural History. His most recent work in spatial analyses has been supported by the National Science Foundation and National Geographic. He is the editor of In the Eastern Fluted Point Tradition, volumes 1 and 2.

Part II: Site Use and Patterns of Discard
6. Understanding Refitting and Artifact Distributions in Spatial Context: A Paleoindian Case Study
Joseph A. M. Gingerich
7. When Window Mesh Is Worth It: Assessing the Potential of Microrefuse in Spatial Analysis of Hunter-Gatherer Sites
Brooke M. Morgan
8. Spatial Analysis in the Woodland: Foraging Behavior in Sedentary Agricultural Societies
James G. Enloe

“Clark and Gingerich provide an excellent range of papers that deal with one of the bread-and-butter topics in archaeology, spatial analysis. Their research is well-sourced, innovative, and analytically sound. This book should be useful for archaeologists working in many different time periods and contexts and could also be useful as a companion book for hunter-gatherer or quantitative methods courses.”
—Shane Miller, associate professor, Department of Anthropology and Middle East Cultures, Mississippi State University