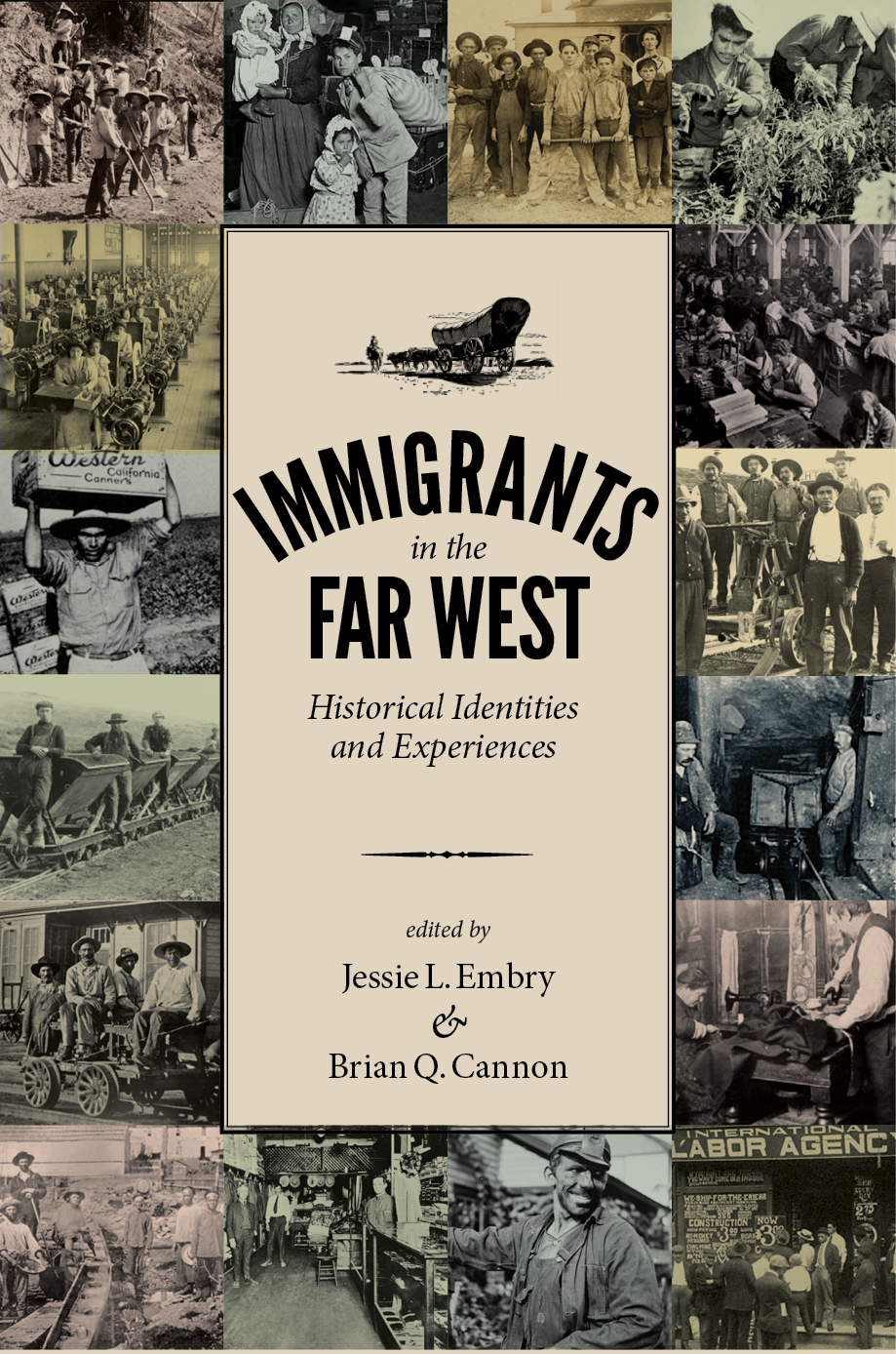 This book is a collection of essays showcasing cutting-edge research and innovative approaches that a new generation of scholars is bringing to the study of immigration in the American West. Often overlooked in general studies of immigration, the western United States has been and is an important destination for immigrants. The unique combination of ethnicities and races in the West, combined with political and economic peculiarities, has given the region an immigration narrative that departs significantly from that of the East and Midwest. This volume explores facets of this narrative with case studies that reveal how immigration in the American West has influenced the region’s development culturally, economically, socially, and politically. Contributors offer historical narrative and theory to illuminate factors that have galvanized immigration and the ways that agency, cultural resources, institutions, and societal attitudes have shaped immigrant experiences. With chapters written by scholars from multiple fields, the book’s interdisciplinary framework will make it of interest to readers from a variety of backgrounds.
Brian Q. Cannon is professor of history and director of the Charles Redd Center for Western History at Brigham Young University. He holds three editorial positions and is author of Reopening the Frontier: Homesteading in the Modern West and co-editor, with Jessie L. Embry, of Utah in the Twentieth Century.

Jessie L. Embry is recently retired from her positions as associate research professor and associate director of the Charles Redd Center for Western Studies at Brigham Young University as well as director of the Center’s oral history program. Most recently she edited the volume Oral History, Community, and Work in the American West.
Table of Contents:
Introduction

Part 1: Who We Were and Who They Thought We Should Be
1. Immigrants and Colonists: Three Accounts of Mexican California
Brett Myhren
2. Hell and Heaven on Wheels: Mormons, Immigrants, and the (Re)construction of American Progress and Masculinity on the Transcontinental Railroad
Ryan Dearinger
3. Japanese Immigrants and the Dillingham Commission: Federal Immigration Policy and the American West
Katherine Benton-Cohen
4. The Specter of Nations: Immigration, Gothicism, and Transnational Mimicry in Two Post-Revolutionary Mexican-American Novels
D. Seth Horton
5. Converting the Civilizing Mission: American Catholics, Mexican Immigrants, and the Taming of the West in the Early Twentieth Century
Anne M. Martinez
6. “Something Fearful and Wonderful”: Immigrant Children, Americanization, and the Public Education in Los Angeles, 19001929
Eileen V. Wallis
7. Locally Made: Immigrant Whiteness in Montana’s Copper Communities
Matt Basso

Part 2: What We Came For and What We Made of It
8. Social Capital and Frontier Community Building: The Case of Immigrant Jews in Nineteenth-Century Los Angeles
Karen S. Wilson
9. Greening the Silver Saloon: Building Community in the Irish Mining West
Michelle A. Charest
10. Saints in the Pit’: Mormon Colliers in Britain and the Intermountain West
Mindi Sitterud-McCluskey
11. The Frontier Thesis in Transnational Migration: The U.S. West in the Making of Italy Abroad
Mark I. Choate
12. Outlanders and Inlanders: Boer Colonization in the U.S.-Mexican Borderlands, 19021905
Andrew Offenburger
13. The Spatial Distribution of Hispanics in the Mountain West: 19702010
J. Matthew Shumway
14. Hispanic Mormon Immigrants in Provo, Utah
Jessie L. Embry and Meisha Slight

Praise and Reviews:
“The book reveals much of value in better comprehending the impacts of immigration on the region, historically and in the present… With its interdisciplinary approach, particularly connections to sociology, archaeology, economics, political science, and geography, the work will also appeal to non-historians in those and possibly other fields.” —Frank Van Nuys, Associate Professor of History, South Dakota School of Mines and Technology and author of Americanizing the West: Race, Immigrants, and Citizenship, 1890-1930
“This is a very good volume. The essays are well written and appropriate for scholars and lay people alike.”—The Journal of American History
“Thoroughly sourced, factually fresh, and clearly written, the book is a credit to the Redd Center and a serious contribution to immigration history.”
—Montana: The Magazine of Western History
“Immigrants in the Far West makes a significant contribution and deserves recognition for the quality of the scholarship, the range of approaches, and the exploration of the oft-neglected topics.”—Western Historical Quarterly
“This volume does a particularly good job in introducing the reader to historiographical traditions in racial, ethnic, immigration, and western studies and does so while accommodating contributions from other disciplines in the humanities and social sciences. ... Worth the efforts of readers seeking an informative introduction to the historical fields covered.”
—Utah Historical Quarterly