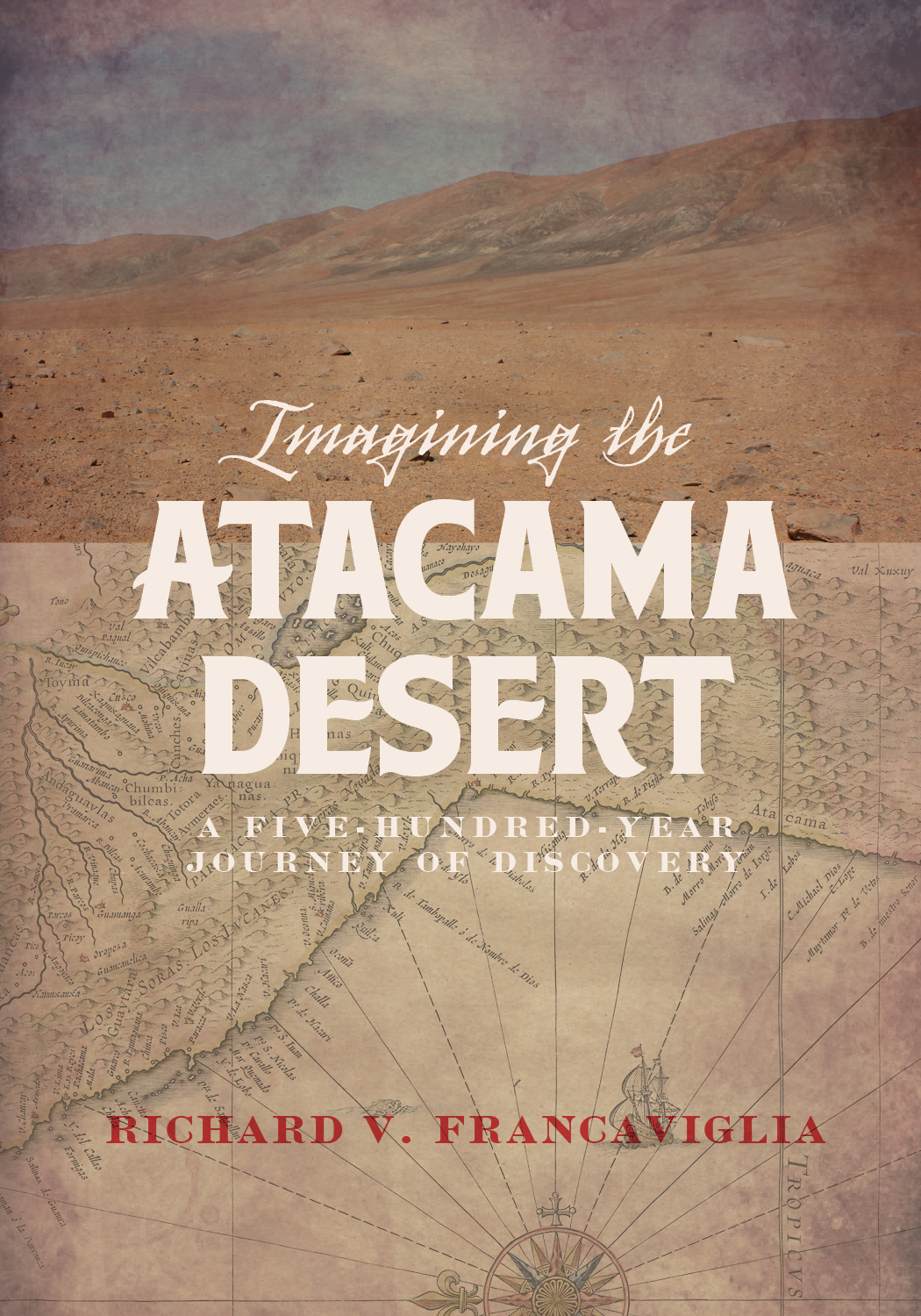 Widely regarded as the driest place on earth, the seemingly desolate Atacama Desert of Chile is a place steeped in intrigue and haunted by collective memories. This book, based on archival research and the author's personal field experiences, brings together the works of geographers, historians, anthropologists, botanists, geologists, astronomers, novelists, and others to offer a nuanced understanding of this complex desert landscape.

Beginning with the indigenous Atacameño peoples at the southern edge of the Incan empire, the volume moves through five hundred years of history, sharing accounts written by Spanish, French, German, Dutch, British, American, and other travelers—pirates, scientists, explorers, and entrepreneurs among them. The Atacama’s austere landscape hides many secrets, including vast mineral wealth, the world's oldest mummies, and the more recent remains of dissidents murdered by the regime of former Chilean dictator Augusto Pinochet in the early 1970s. Today numerous observatories operate under the Atacama’s clear night skies, astronauts train on the rugged desert floor, and tourists flock there for inspiration.

In addition to a rich set of narratives, the book features 115 images—historical maps, photographs, and natural history illustrations, most in full color—to tell a more complete and compelling story. Imagining the Atacama Desert shows how what was once a wilderness at the edges of empire became one of South America's most iconic regions, one that continues to lure those seeking adventure and the unknown.
Richard Francaviglia is professor emeritus of history and geography at the University of Texas at Arlington. His books include The Mapmakers of New Zion: A Cartographic History of Mormonism and Believing in Place: A Spiritual Geography of the Great Basin. He lives in Salem, Oregon, where he is an associated scholar at Willamette University.
Table of Contents:
Preface
1. “A Desert Picture of Great Beauty”: An Introduction to the Atacama Desert
2. “El Gran Despoblado”: Early Narratives and Images of Empire Building, ca. 1530–1700
3. “The Great Desert of Atacama”: The Dawn of Science, ca. 1700–1865
4. “A Centre of Enterprise . . . and Civilisation”: Transforming the Atacama Desert,ca. 1865–1945
5. “A Playground for Scientists and Explorers”: The Atacama as Exceptional, ca.1945 to the Present
Conclusion: “Knowledge of the Territory”: Atacama Discoveries in Personal Perspective
Notes
Bibliography
Index
Praise and Reviews:
“What stands out about the book is the way it brings together disparate ways of knowing about the Atacama Desert. There is no other broad overview of the Atacama in English or Spanish that I know of. The details and breadth of references reflect a lifetime of scholarship and study.”
—William Culver, professor emeritus, Political Science Department and Latin American Studies Program, SUNY Plattsburgh

“The importance of the book is found in its approach. Others have traced the evolution of regions using maps, but to link that with the change in how a region is defined, both in terms of its physical extent and its ‘meaning,’ is far less common.”
—Paul G. Marr, professor, Department of Geography and Earth Science, Shippensburg University