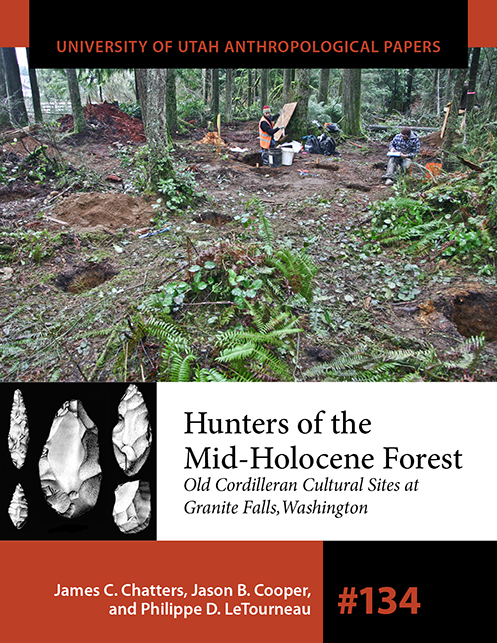 University of Utah Anthropological Papers No. 134

This volume examines an almost purely lithic record known in the Puget Sound region as the Olcott Complex. Only loosely described off and on since the early 1960s by a series of researchers, none of whom used the same analytical approach, the Olcott record has never been systematically analyzed until now. As a result, this book fills in enormous gaps in our knowledge regarding the age, mode of subsistence, and adaptive strategy of the Olcott Complex. Chatters and colleagues describe the intensive excavation of three Olcott sites that were threatened by highway construction. The book concludes by pulling those findings together to place the Olcott Complex into its proper place in regional prehistory. An exemplary model of how to conduct archaeological research, the volume demonstrates how important research issues can be addressed in a cultural resource management context.

Click here for a link to the supplementary electronic appendices.

James C. Chatters is an archaeologist and paleontologist perhaps best known for his work on Naia of Hoyo Negro and Kennewick Man, both of which were presented on PBS’s NOVA. He is author of Ancient Encounters and coeditor of Macroevolution in Human Prehistory.

Jason B. Cooper is an archaeologist and cultural resources lead with the Washington State Department of Transportation.

Philippe D. LeTourneau is an archaeologist with the King County Historic Preservation Program in Washington and an affiliate curator at the University of Washington Burke Museum. Table of Contents:List of Online Appendices
List of Figures
List of Tables
Acknowledgments
1. Introduction
2. The Sites and Their Setting
3. The Presumed Place of Olcott in Regional Prehistory
4. Research Design
5. Field Activities
6. Site Formation Processes
7. Features
8. Analysis of Stone Artifacts
9. Lithic Sourcing
10. Fire-Cracked and Thermally Altered Rock
11. Evidence for Subsistence
12. Chronology
13. Paleoecology of the Granite Falls Area
14. Conclusions
Notes
References
List of Contributors
Praise and Reviews:“Careful, complete, and thoughtful. This work describes sound analytic approaches that should be informative to others and provides new information on a long-standing controversy in western Washington archaeology.”
—Tom Connolly, archaeological research director, University of Oregon Museum of Natural and Cultural History and State Museum of Anthropology

“Theoretically and methodologically sophisticated, this study sets a new standard for interdisciplinary research in an archaeological data recovery program with its unique combination of archaeology, geosciences, and paleoecology. It opens a range of new questions requiring similarly advanced research and will impact regional syntheses of the long-term prehistoric record.”
—Anna Marie Prentiss, Regents Professor of Anthropology, University of Montana, and author of The Last House at Bridge River