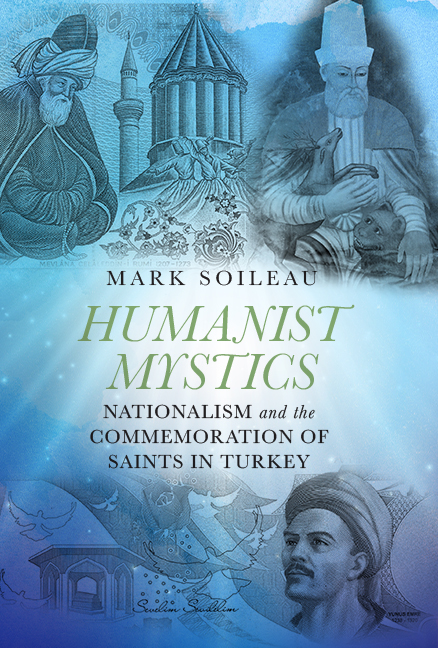 When the Ottoman Empire met its demise in the early twentieth century, the new Republic of Turkey closed down the Sufi orders, rationalizing that they were antimodern. Yet the nascent nation, faced with defining its cultural heritage, soon began to promote the legacies of three Sufi saints: Mevlana Celaleddin Rumi, Hacı Bektaş Veli, and Yunus Emre. Their Turkish ethnicity, along with universalist themes found in their poetry and legends—of love, peace, fellowship, and tolerance—became the focus of their commemoration. With this reinterpretation of their characters—part of a broader secularist project—these saints came to be considered the great Turkish humanists. Their veneration came to play an important role in the nationalist formulation of Turkish culture, but the universalism of their humanism has exposed fissures in society over the place of religion in the nation.

Humanist Mystics is the first book to examine Islam and secularism within Turkish nationalist ideology through the lens of commemorated saints. Soileau surveys Anatolian and Turkish religious and political history as the context for his closer attention to the lives and influence of these three Sufi saints. By comparing premodern hagiographic and scholarly representations with twentieth-century monographs, literary works, artistic media, and commemorative ceremonies, he shows how the saints have been transformed into humanist mystics and how this change has led to debates about their character and relevance.
Mark Soileau received his Ph.D. in religious studies from the University of California, Santa Barbara. He is currently associate professor of anthropology at Hacettepe University in Ankara, Turkey.
Table of Contents:
List of Figures
Acknowledgments
Prologue: Shape-Shifting Saints
1. Commemoration, Saints, and Nationalization
2. Nationalism, Secularism, and the Rise of Humanist Mystics
3. Our Master: Memories of Mevlana Celaleddin Rumi
4. The Fountainhead: Memories of Hacı Bektaş Veli
5. Our Yunus: Memories of Yunus Emre
Epilogue: Saint-Shaping Shifts
Notes
Bibliography
Index
Praise and Reviews:
“Focusing on the place held by three immensely popular Sufi saints—Rumi, Yunus Emre, and Haji Bektash—in the Turkish imagination, and tracing their transformations through the centuries, Soileau provides a fascinating insight into the religious sensibilities and social and political conflicts of modern Turkey. He perceptively reconstructs contestations about the nature of their sainthood that allowed socialists and nationalists, Alevis and Sunnis, humanists and Islamists to appropriate these saints as icons symbolising their own worldview.”
—Martin van Bruinessen, coauthor of Sufism and the “Modern” in Islam
“Soileau compellingly links memory studies, hagiography, and nationalism, demonstrating that the veneration of local saints contributes to establishing ethno-national identity and consciousness.…critical and timely.”
—Western Folklore