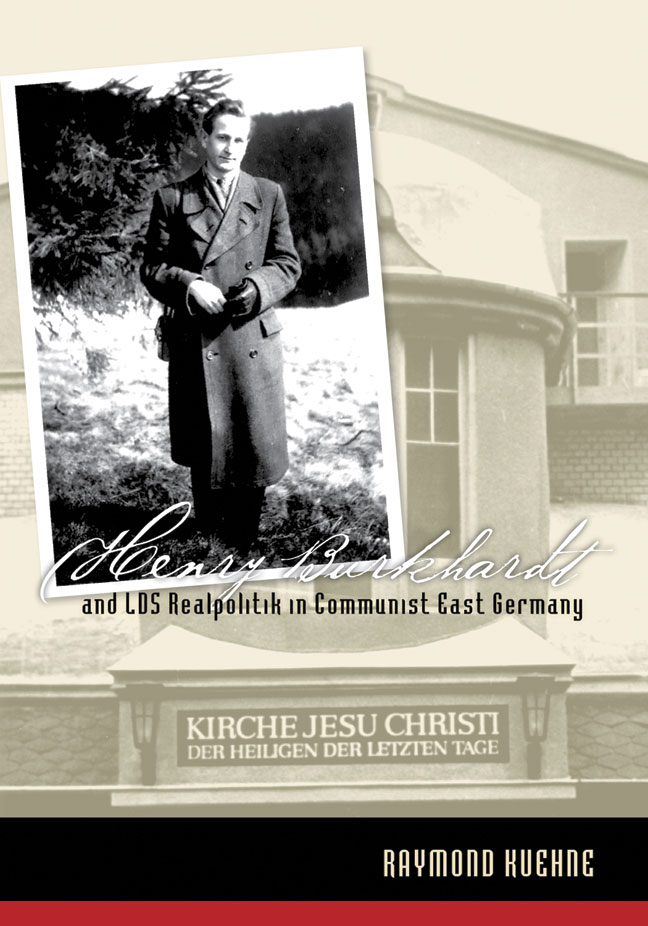 When the Soviet army occupied eastern Germany at the end of World War II, more than 6,000 members of the Church of Jesus Christ of Latter-day Saints fell under the control of the totalitarian and openly atheistic regime of the German Democratic Republic. Due to the relative isolation of the LDS Church in East Germany, a young missionary, Henry Burkhardt, became the official repre­sentative of the church to the communist government, a position that lasted for 40 years. Told largely through original documents and interviews, Henry Burkhardt is a documentary biography that contains two stories: Burkhardt’s life story and a case study of church-state relations in the GDR.

After two decades of government efforts to curtail the LDS Church, Burkhardt became the foundation upon which church lead­ers in the United States would eventually build an improved relationship with the government. Despite the improved relationship with key government offices, Burkhardt was viewed negatively by the Stasi, who watched and reported his every movement. Kuehne uses Burkhardt’s Stasi file to present an interesting contrast to the accounts of a working church-state relationship that saw the construction of the only LDS temple ever built in a communist country.

Raymond Kuehne studied as a Fulbright Fellow at Marburg University in Germany and as a National Woodrow Wilson Fellow at the University of Virginia. He is the author of Mormons as Citizens of a Communist State (University of Utah Press, 2010), winner of the 2010 Mormon History Association International Book Award.

1. Childhood and Youth in Chemnitz

2. The Young Missionary in East Germany

3. New Challenges as a Mission Counselor

4. Marriage and Finances without Employment

5. The Church behind the Berlin Wall

6. President of the Dresden Mission

8. A Temple in East Germany

10. The Fall of the Communist Government

12. His Leadership Style and Character

13. Surveillance by the Secret Police

14. Whether to Escape or Remain in East Germany

15. Assistance to Czechoslovakia and Poland

“Burkhardt is the central figure and the key to understanding this most remarkable period in history. This book has sweeping implications for questions of U.S. international diplomacy, as well as for the future of the LDS Church’s interactions with diverse nations and ideologies across the globe."—Alan Keele, Brigham Young University

“A significant, scholarly achievement. Valuable to LDS Church historians and a general LDS readership as well as to political historians of the GDR and the Cold War. Kuehne’s research gives us tantalizing insights into the dialogue between the LDS Church and state officials that ultimately resulted in a form of mutual accommodation.”
—Larry Ping, Southern Utah University
“The story of a man of ingenuity, courage, and diplomacy, who wielded political acuity without compromising his integrity.”
—The Journal of Mormon History