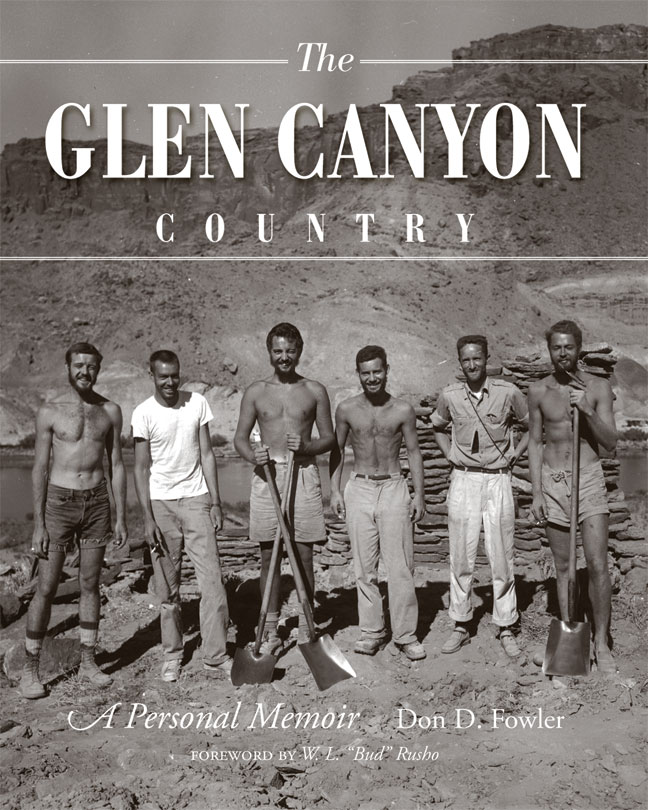 In his new book, The Glen Canyon Country, archaeologist Don D. Fowler shares the history of a place and the peoples who sojourned there over the course of several thousand years. To tell this story, he weaves his personal experience as a student working on the Glen Canyon Salvage Project with accounts of early explorers, geologists, miners, railroad developers, settlers, river runners, and others who entered this magical place. The book details the canyon’s story via historical and scientific summaries, biographical sketches, personal memoir, and previously unpublished photos of the land and its explorers.

Readers will experience the intrigue and beauty of the Canyon while following not only the story of an individual but also of Glen Canyon itself. Infused with the breadth and depth of a lifetime of archaeological experience, The Glen Canyon Country is the definitive account of the prehistory and history of a significant river corridor and the surrounding land.

“I found the book engrossing for both the sheer breadth of its account and for its interesting personal sidelights on some of the characters that the Glen Canyon country has attracted. The book will have a permanent place in the scholarly literature on the Glen Canyon country.”—C. Melvin Aikens, University of Oregon

“No one has brought together so many different facets of the Glen Canyon story: prehistory, history, exploration, scientific study, exploitation, recreational use, and use for water storage and power.” —Roy D. Webb, University of Utah

"I have read literally dozens of books about Glen Canyon and Lake Powell. Even so, I found Don's book fresh, innovative, and a real contribution to our knowledge of this important place. With a charming narrative voice, he recounts a living history everyone can enjoy, breathing new life into those now submerged cliffs and canyons on every page."—Bookin' with Sunny