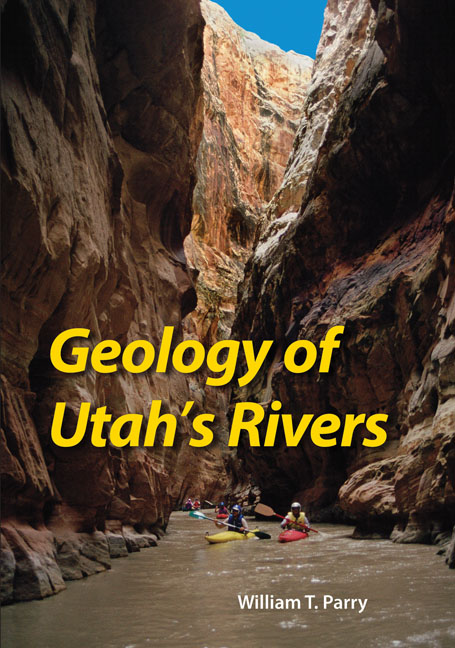 Despite being the second-driest state in the U.S., a substantial portion of Utah’s geologic and cultural history involves rivers, and the effects of flowing water are evident across the state. This book is about the geology of the rivers that shaped Utah’s present landscape, the ancient rivers that left their deposits as a part of the mountains, and the mythical rivers that inspired early exploration.
Parry approaches his subject from many angles—the mountain building events that provide a source for the rivers, the physiographic provinces that give the modern rivers their character, and the deposits of sand and gravel that formed as ancient rivers flowed. Fossil and modern fish fauna are described to provide a unique guide to some aspects of rivers not available by any other method. The description of rivers is completed with the 'historical' account of rivers that did not exist—the mythical rivers of Utah.
Transcending the notion of a traditional geology text, Parry provides detailed commentary on historical exploration and the development of the local scenery. His ambitious scholarship offers a fresh look at Utah’s changing landscape throughout geologic time.
William T. Parry is professor emeritus of geology and geophysics at the University of Utah and author of A Hiking Guide to the Geology of the Wasatch Mountains (University of Utah Press, 2005), and All Veins, Lodes, and Ledges throughout their Entire Depth (University of Utah Press, 2004).
Praise and Reviews:

"A fresh way to look at Utah’s changing landscape using the most common landform on earth, the river valley."—William Case, Utah Geological Survey

"I believe that anyone who enjoys Utah’s wild waterways will want to have this book in their backpack!"—Dr. Kathleen Nicoll, University of Utah