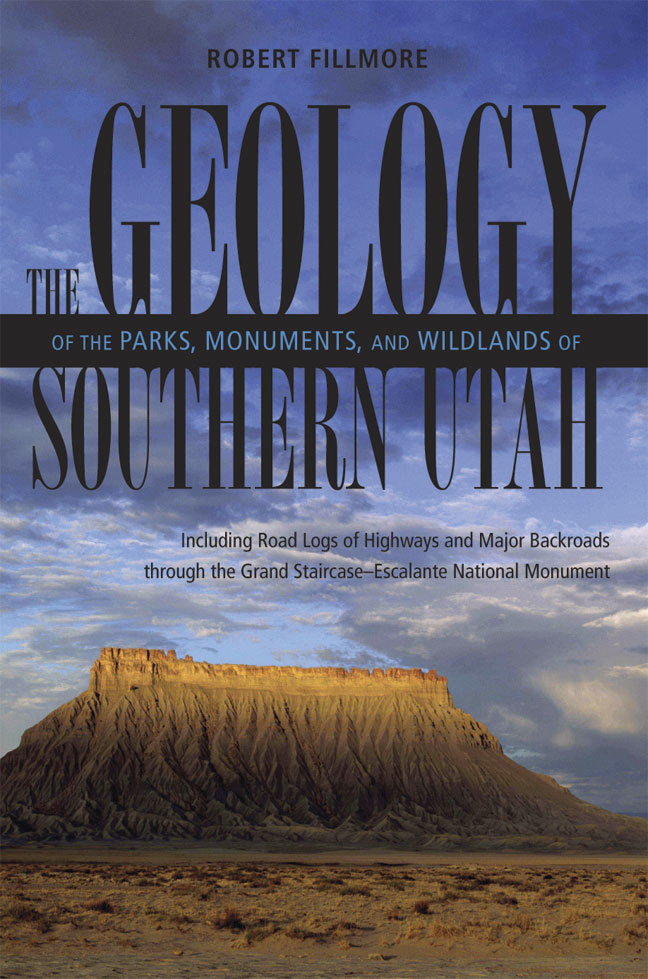 This detailed interpretive guide explains the forces that created Utah's unforgettable scenery, while providing road logs of highways and major backroads through the Grand Staircase of the Colorado Plateau.

Where in Utah can you find a fossilized ant hill that is at least fifty million years old? Do you know the location of an ancient beach that disappeared along with the dinosaurs that strolled it? Find out in The Geology of the Parks, Monuments, and Wildlands of Southern Utah.

This fascinating and authoritative guide belongs on the dashboard or in the backpack of every visitor to southern Utah or student of its natural history. More than sixty illustrations and nearly three dozen photographs accompany clear explanations of the spectacular geologic features of this landscape, including Capitol Reef, Bryce Canyon, and Zion National Parks, as well as the Grand Staircase-Escalante Monument.

Section I of the volume surveys chronologically the origins of the formations and structural features and the geologic processes that have shaped the Colorado Plateau. Section II provides road logs with mile-by-mile geologic descriptions of key sections of highway traversing this area.

This detailed interpretive guide turns any windshield into a window of opportunity for understanding the forces that created Utah’s unforgettable scenery—whether it be a breathtaking panorama or a dazzling array of fins and fractures, pillars and pedestals, or cliffs and chasms.

Robert Fillmore is professor of geology at Western State College of Colorado in Gunnison. His articles, abstracts, and chapters have appeared in many journals and books.

“I particularly recommend it to novices and dilettantes …wishing to understand southern Utah geology. I picked up this book and could hardly put it down until I had read every word. The book was easy to read and combined technical knowledge with general information.”—Western North American Naturalist

“It is literate and well illustrated with color photographs and explanatory maps and geologic diagrams. Technical language is kept to a minimum…. Professional geologists will appreciate the comprehensive descriptions and the up-to-date mainstream explanations and discussions. Fillmore’s book is the best available guide to the region.”—Journal of Geoscience Education

“Unlike most popular guidebooks, [this book] doesn’t just focus on famous landmarks. Fillmore encourages exploration by devoting the first half of the book to a description of Utah’s general geologic setting, giving readers the background they need to understand the geology along any canyon hike or plateau bike ride. Less adventurous folks will appreciate the book’s second section, which points out features along popular roads in Bryce Canyon and Zion National Parks and Grand Staircase-Escalante National Monument.”—High Country News

“I’ve read almost all Utah geology books aimed at the general reader, and this recent book by Robert Fillmore is the best so far.”—Redrock Wilderness