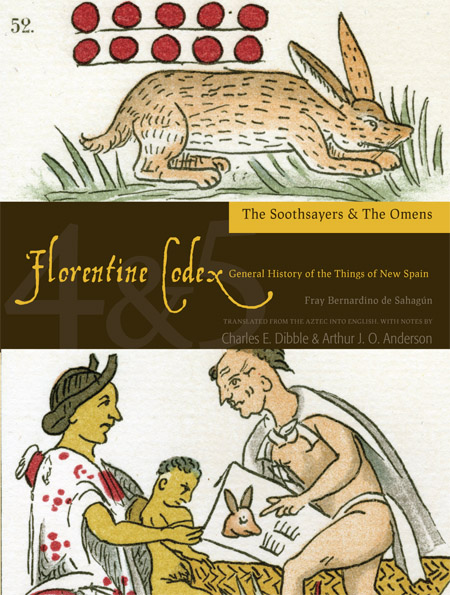 Book Four delves into the Aztec’s complex astrological beliefs. The date of birth was so significant that it ultimately determined one’s personality and future; for example, almost all born on the second day sign—called One Ocelot—became slaves.

Book Five explains the meaning of the many evil omens Aztecs believed in, which usually took the form of animals and insects. It describes the consequences of each omen and the remedies, if any, that will reverse these effects.

Appendix of the Fourth Book, in the Spanish vernacular, which is justification in defense of the truth contained herein
• Introduction and explanation, newly made, of the calendar of the Indians of Anauac, that is, of New Spain
• Refutation of the above
• The treatise by that member of a religious Order proceedeth
• Refutation of the above
• To the reader
• Here followeth the reckoning of all the time-counts which these natives had