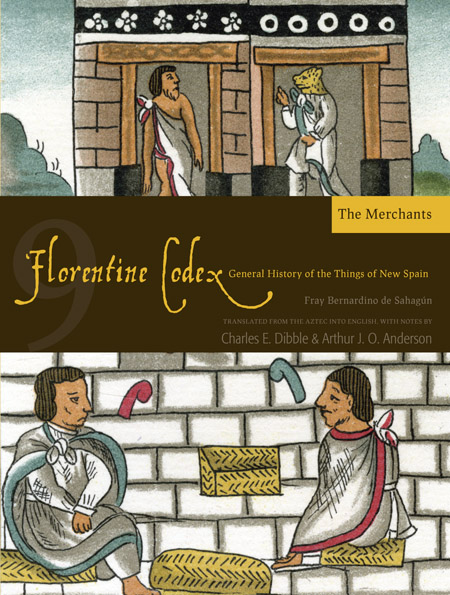 Book Nine begins with how commerce grew in Mexico from the trade of only feathers to jewelry, precious stones, animal skins, embroidered clothing, and chocolate. It discusses how the merchants prepare for a journey and the celebrations that take place when they arrive home safely. This book also lists different types of merchants, such as lapidaries, who worked with precious stones, and ornamenters, who made feather articles.