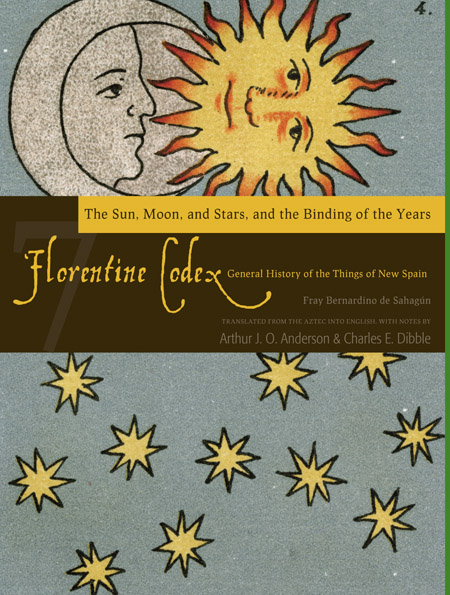 Book Seven tells the origin stories of the sun, the moon, and the stars—which gods created them, what powers they each embody, and how they are related to Aztec astrology. This book also discusses the meaning and cause behind hail, lightning, rainbows, wind, and different types of weather.