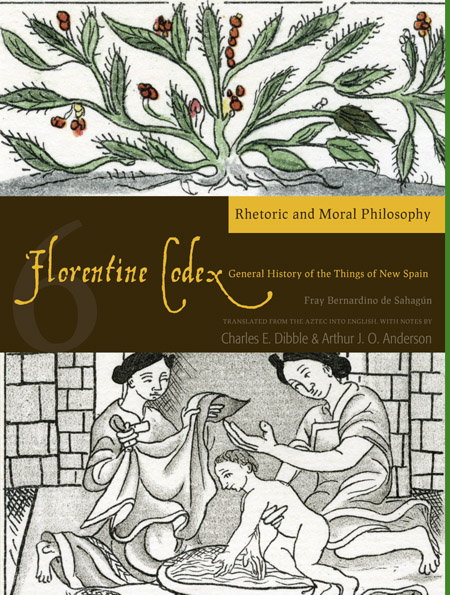 Book Six includes prayers to various gods asking for cures, riches, rain, and for the gods to bless or admonish a chosen ruler. In addition to these prayers, the book displays examples of formal conversation used in Aztec life, from the ruler and ambassador to others in the noble class.